What economic impact could Juneteenth as a federal holiday have on Arkansas?

While Juneteenth has been celebrated for decades, no data has ever been collected on the newly federal holiday to see what it's economic impact could be in Arkansas. 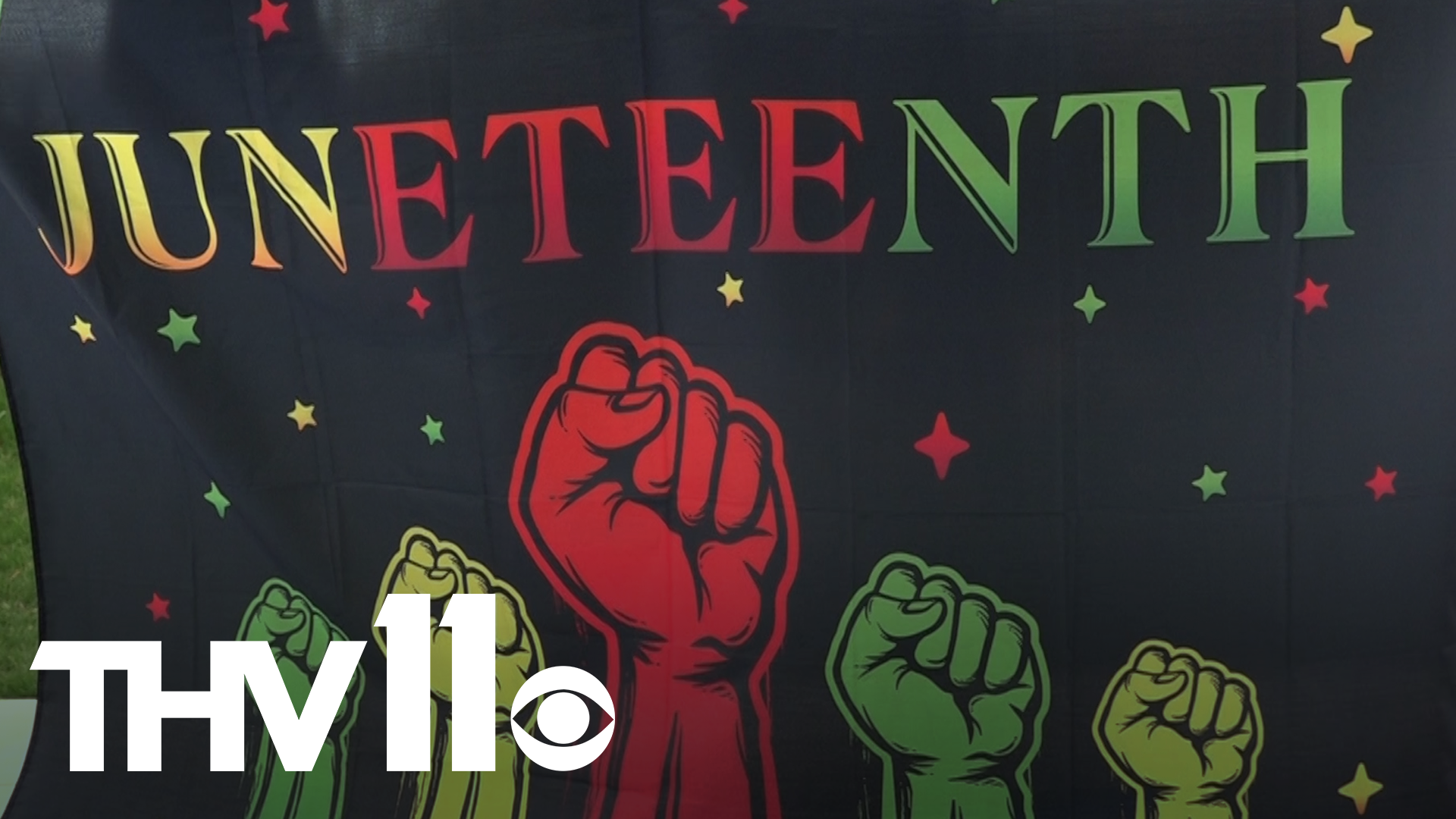 LITTLE ROCK, Ark — Many Juneteenth events were celebrated all across the Natural State last weekend for the first time as a federally recognized holiday. A lot of events featured small Black-owned businesses.

Founder Ebony D. Kimbrough said the businesses made over $1,000 each.

She said because of factors that contribute to economic racism, African Americans are at a disadvantage when it comes to outside support for small businesses.

"It'll be bigger next year. People will try to commercialize it, but we gone keep it in the hood and make sure that our people get everything that they're needing for their progression," Kimbrough said.

With it being a federal holiday, there's more exposure to the day's events and celebrations.

In the past, Little Rock had an even larger scale annual Juneteenth events as seen in this Facebook video from Spade TV. It featured acts such as Clipse, Omarion, T-Pain, Project Pat, Yo Gotti, Crime Mob and many more.

DID YOU KNOW: Little Rock, Arkansas used to have the biggest annual Juneteenth Celebration in America . (1999-2009 approx.) The yearly concert featured Hip Hop/R&B acts such as The Clipse, Omarion, T-Pain, Project Pat, Yo Gotti, Crime Mob & many more. Who remembers? #RapFacts #JuneteenthFacts

Tiffany Baker, who has lived in Little Rock for the last nine years and works with the chamber of commerce, said she loves to help minority and women owned businesses grow.

"We wanted to make sure that we highlighted Black-owned businesses and really gave them the opportunity to shine. So to be able to come out and to have a combined impact for roughly $100,000 for the festival is significant, because now they can scale their businesses," Baker said.

Michael Pakko is the chief economist at the Arkansas Economic Development Institute at UA Little Rock.

Despite Juneteenth being celebrated for the last decade by majority African Americans, Pakko said there's no data that's been collected to keep up with how one event or weekend events for the holiday has impacted the economy.

In fact, he said that creating a federal holiday means more time off from work for other Americans who may not use the time to celebrate Juneteenth.

"There are some economists that would argue that it's a drag on the economy, because it's shutting down productive activity for the day, but it's not that simple. Celebrations and events and activities that happen develop over time," said Pakko. "So it's really hard to pin down any direct affect of what having that holiday means for the economy."