Despite the beauty supply industry making $50 billion last year, African Americans surprisingly only own three percent of that market. 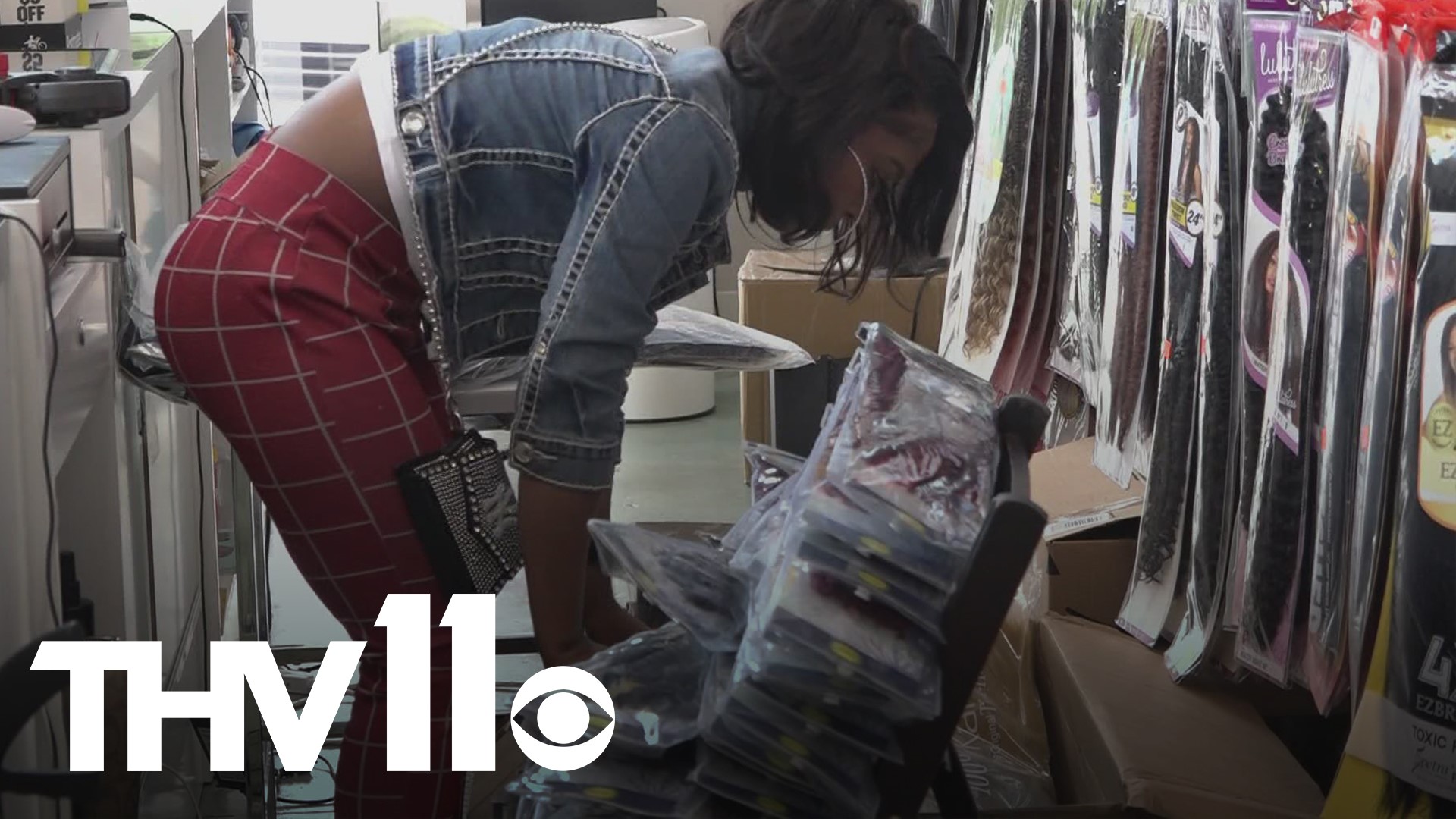 LITTLE ROCK, Ark — Professor Devin Robinson is the founder of Beauty Supply Institute out of Georgia. He states that last year in the U.S. alone, the beauty supply business made $50 billion, yet African Americans only own 3% of that market.

The beauty supply industry is a 96% ethnic market.

The majority of products are catered to African Americans. Despite this, many distributors and store owners are of Asian decent.

"Obviously this industry is dominated by Asians," Robinson said.

"They don't live in our community, but their business does and they get our money. It's important for us in general to own our own businesses, especially those that are consumed highly by us."

Bobby Perkins decided to research Robinson's institute before he opened up his own beauty supply store, Taylor Made, in Little Rock.

He says the brick and mortar doesn't come without challenges, but the support from the community has been it's success so far.

"As a child, all I remember was taking my grandmother and my aunt around on Saturdays to all of these beauty supply stores to try on wigs," Perkins said.

"It was traditional. The seed was planted a long time ago."

Perkins stepped out on faith. He mentioned that stocking the hair products was easier than actually finding hair to sell.

"The hair industry, the physical hair industry is monopolized by certain individuals and they make it really, really hard for you to obtain the product," Perkins said.

He has attempted to buy hair from major companies multiple times.

He says the companies always ask for physical location of the store, which then leads to him being denied the opportunity of buying the product.

"They'll always send back a response that says well, 'based on your geographical location you're too close to another beauty supply store that carries our product, and we can't have all of our products in your store and these other stores'," Perkins said.

Often, unfair practices can lead to issues such discrepancies in the pricing of products.

Professor Robinson says that these unfair practices are often the reason that black owned beauty supply stores have higher prices.

While one group of people are allotted time to pay off items in the inventory, African Americans are asked to pay up front.

Despite this, Perkins doesn't let these occurrences deter him though.

One thing that sets his store apart is the atmosphere of it, as he takes time to make sure that every customer that enters feels comfortable and valued.

Perkins has a salon within the building with a hair stylist on staff, which helps ensure that their dollars will be circulated back into the community for great causes.

They can also trust that employees will know exactly how to help them due to the familiarity between worker and customer.

"Well who's better to sale to us than us," Perkins said.

"How is it that someone of another ethnic background can tell you what products to use on your hair, because obviously they don't use it on theirs."

He says for every person that pops up trying to build a brand or open a store it's 100% vital that they stay established in their communities.

Professor Robinson debunked the myth that Asians own and operate the beauty supply industry.

He says it is possible for black people to take back the market if they created their own products.

"They don't control the entire industry, which is a huge misconception," Robinson said.

"They don't dominate the industry. What they did a good job at is creating good hair products and marketing them very well," he continued.

Perkins says the true intent behind Taylor Made is to give it back to the community.

He wants to bring in young people that look like him and teach them how to become entrepreneurs on their own.

"This is for me," Perkins said.

"I knew this is for me. I'm a big believer that things happen for a reason," he continued.