"Snow was going horizontally, that's how much wind there was." 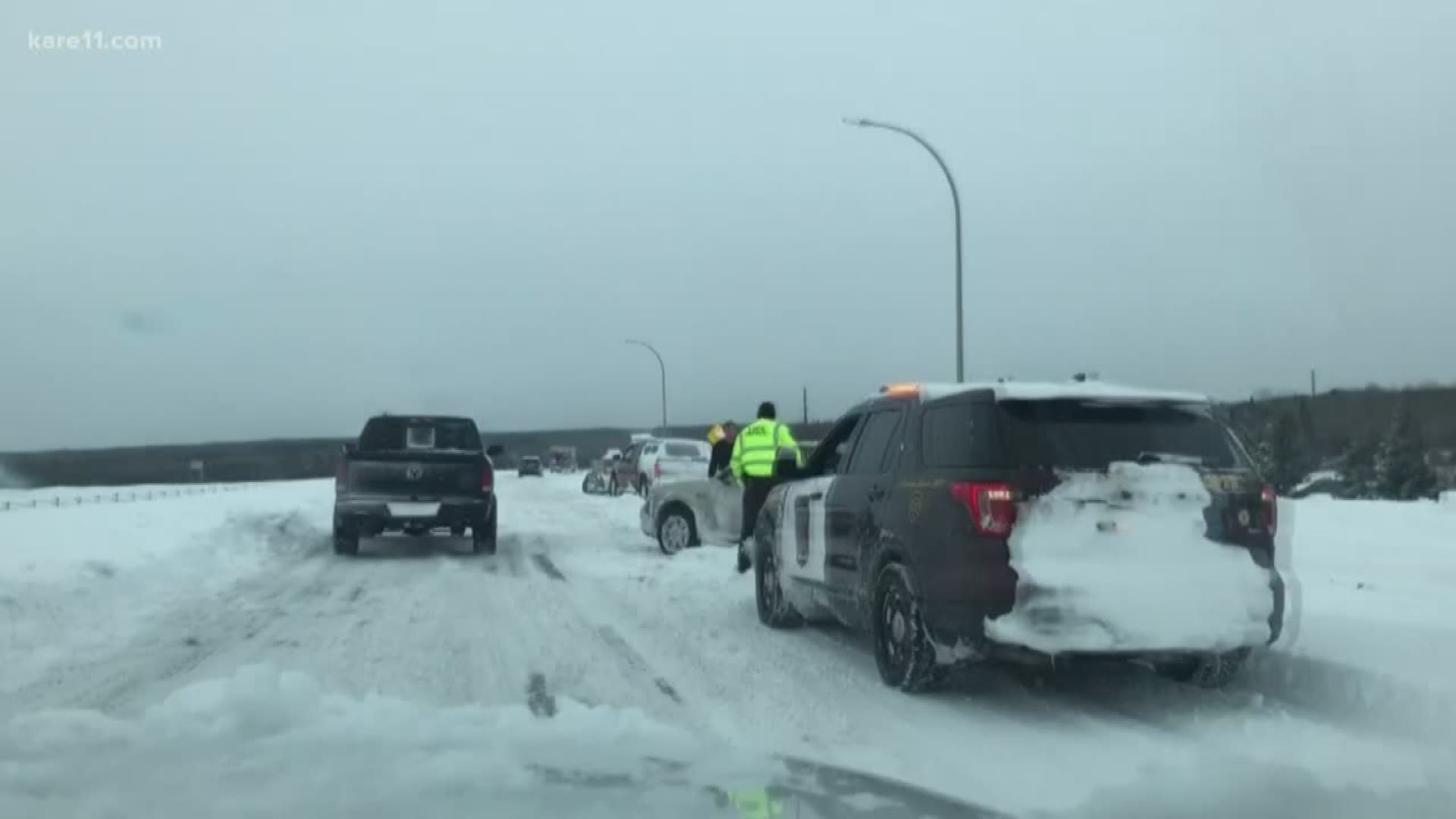 DULUTH, Minn. — As of 6 a.m. Sunday, the National Weather Service in Duluth reported a storm total of 19.3 inches of snow and more is on the way.

The storm forced the closure of Park Point to non-residents and closed a section of Interstate 35.

There have been reports of winds gusting in excess of 50 miles per hour, causing some flooding near the Lake Superior shore.

RELATED: Wake up to an additional 1" to 2" of snow in the metro

Meanwhile in Duluth's Canal Park, not even a blizzard warning could deter from the draw of the waves.

"We came here specifically because it was supposed to be something like you don't see very often," said Jeremy Stene of St. Louis Park. "I literally bought a truck yesterday and we just drove up here."

As the wind picked up, the waves whipped on shore. The city of Duluth urged people not to travel as the storm reduced visibility.

"Snow was going horizontally, that's how much wind there was," said Nate Olson of Mankato. "It was kind of a wind tunnel going through there."

Credit: KARE
A flag in Duluth's Canal Park during the storm Saturday.

At Duluth's Spirit Mountain ski hill, the storm caused Snocross to be postponed.

"It was challenging conditions for the guys to see," said one participant who had traveled from the Fargo area for the event.

The city of Duluth closed several roads in Canal Park Saturday due to flooding.

Bentleyville, the city's holiday light display, also closed due to the storm.