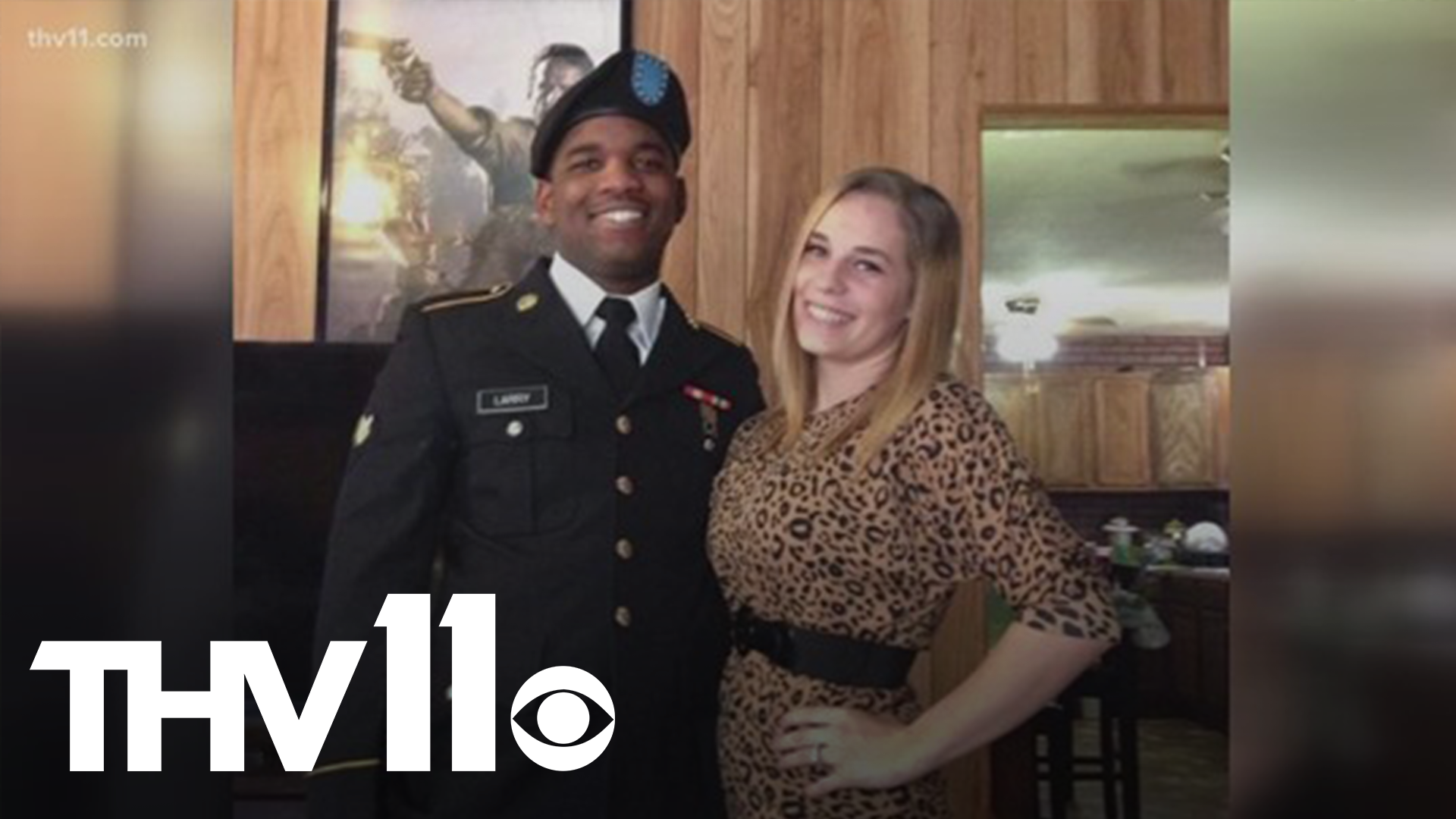 LITTLE ROCK, Ark. — According to Little Rock police, the body found in the Arkansas River on Monday, June 21, has been identified as Patrick Larry, a 30-year-old who was formerly in the Arkansas National Guard.

Around midnight on Sunday, Larry was officially reported missing by his wife and friends after those friends said they were all enjoying a night out near the water when Larry told them he'd be right back.

He walked into the woods behind them and never returned, according to reports.

Larry used to be a firefighter for Stuttgart, he's Red Cross trained and certified in life guarding and served with the Arkansas National Guard, according to his family.

They also said it's not like Larry to just get up and walk away.

"He just told me that he walked off, said he'd be back and Adam was continuing to load up the boat and he realized about 20-25 minutes later that Pat hadn't come back. So he started looking for him," Nicki said.

She started contacted other family members to let them know.

"When he had walked off, he left his phone sitting on the sandbar with Adam. Like he left everything like he was coming right back," she said.