Community: why we need to come together right now

Donations continue to pour in to support communities that lost grocery stores to looting and riots. 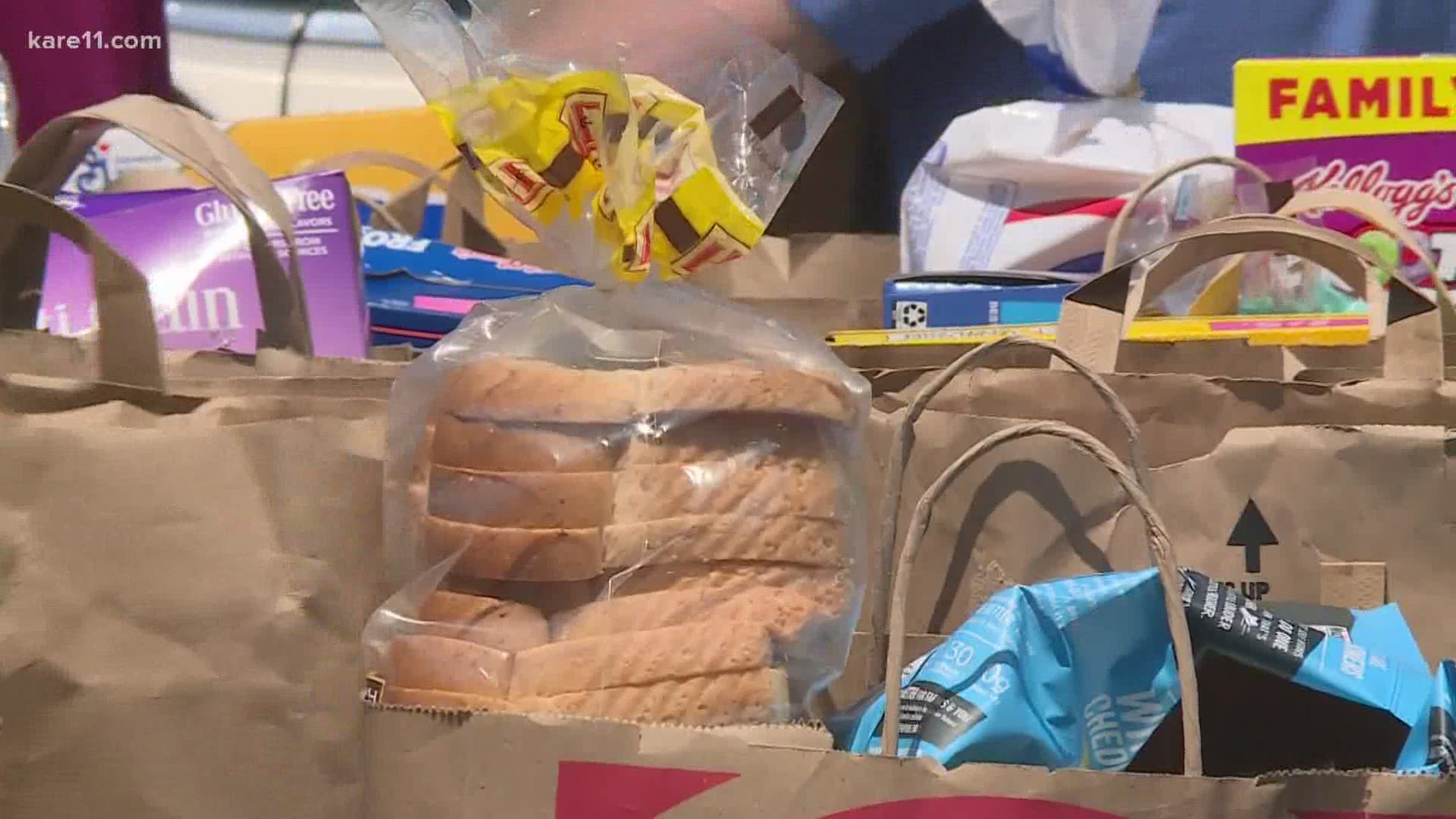 MINNEAPOLIS — Hiawatha Academies on East 28th Street in Minneapolis has a slogan.

Right now though, they're busy, growing their community.

"We started food distributions actually 10 weeks ago in response to COVID-19 pandemic," Executive Director Colette Owens said. "Today we have been able to increase the amount of food and other needs to be able to get to families, not just at Hiawatha but throughout South Minneapolis and the entire Minneapolis community in response to the events of the recent week."

A school should be celebrating its seniors and taking care of its students. Owens said it fills her heart to provide for those who now don't have anywhere to buy essentials, but this really isn't their job.

"[It's] an opportunity for us to show up and fill a need but it is a role I don't think we should have to play right," Owens said. "If there were other support structures in place, if the police weren't killing Black men on our streets, we wouldn't be out here today."

RELATED: Want to help? Organizations looking for and offering support after Minneapolis unrest

As someone who was in Ferguson, Missouri after the death of Michael Brown, Owens said she knows that the support work is fundamental, especially during this time.

"I'm seeing on both sides, the same sort of grief and pain and emotion and I'm seeing ways communities are showing up and supporting one another," Owens said.

That kind of showing up is happening all over, not just in South Minneapolis.

Michelle Griffin said she started with $100 that grew to thousands, thanks to donations she received from friends, family and strangers online.

"Unfortunately, there was some destruction on Broadway that has caused a big lack of accessibility of resources here on the North side and being able to donate and give back to those families is great," Griffin said. "I started with 100 dollars that I had and then donations and shares and likes, comments-- non-stop support have been continuous since Friday."

All her work, leading to part of what's being collected at Kipp Northstar Academy. The school's gym was packed with donations that flowed in continuously throughout the day.

RELATED: George Floyd's brother Terrence: "Let's do this another way"

"It takes everybody in various forms," Griffin said. "People are out there protesting, there are people buying things, there are people serving, driving around--it takes a community. There is so much need in the community, everyone plays a part. I just wanted to find my role."

Griffin said despite the weight of George Floyd's death, and despite the despair, when she sees communities coming together, she said she can start to feel a sprout of something else.

"It's definitely hope at this point," Griffin said. "It's brightness. It's me having faith that my 20-month-old son won't have to walk down the street saying, 'I can't breathe.'"