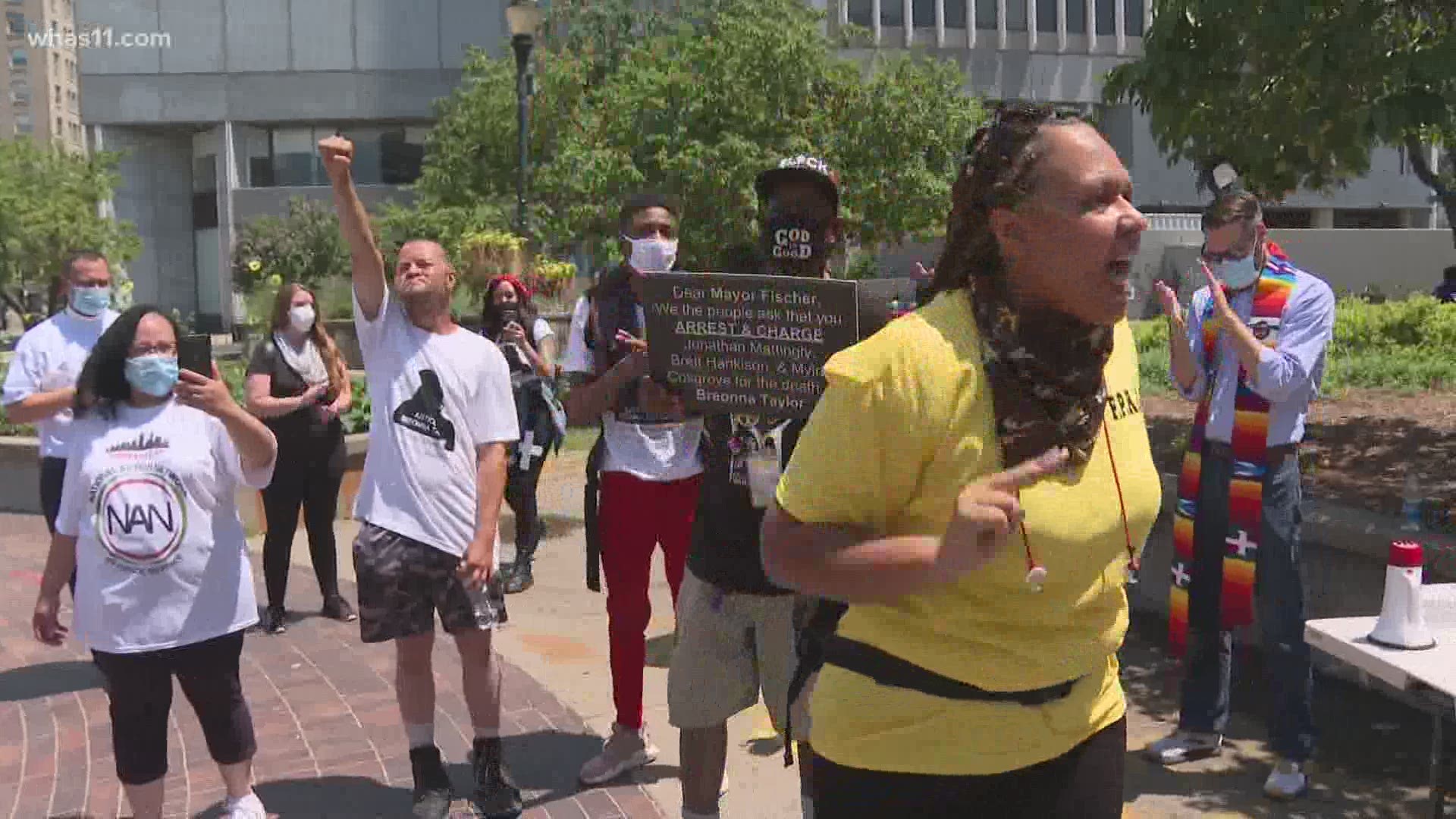 LOUISVILLE, Ky. — Protests continue in Louisville more than four months after the death of Breonna Taylor, a woman killed when police executed a no-knock search warrant at her apartment in March.

Shenika Carter organized a caravan of about 40 people from Denver to Jefferson Square Park, saying they wanted to show Louisville they are not alone in their fight against injustice.

"We may not physically live in Louisville, but we are Louisville," organizer Shenika Carter said.

1,000 mile caravan. This group traveled from Colorado to Louisville today to show support and demand justice for #BreonnaTaylor. @WHAS11 pic.twitter.com/zpQaOnMBZn

It has been almost a year since 23-year-old Elijah McClain died after a struggle with police in Carter's home state. She said that when she got the call to come, she immediately agreed to go.

"We do understand and we want Louisville to know that this isn't a sprint, it's a marathon," Carter said. "We're coming up on one year for Elijah McClain, and we understand."

Carter said they are hoping that Taylor's family will not face the same slow pace McClain's family has dealt with, but said they will continue to come to Louisville until there is resolution.

"These are Black women, these are Black moms," Carter said. "And we understand that we have to show up, because if it was my daughters, my son, I would expect Louisville to stand up for her."

The group said they planning to return to Colorado to participate in a justice rally for Elijah McClain Saturday at 5 p.m.