Watch: Cabot boy sings to baby brother with Down Syndrome

The video of a brother singing "10,000 Hours" by Dan + Shay to his baby brother is going viral because of the love and heartwarming connection the two have. 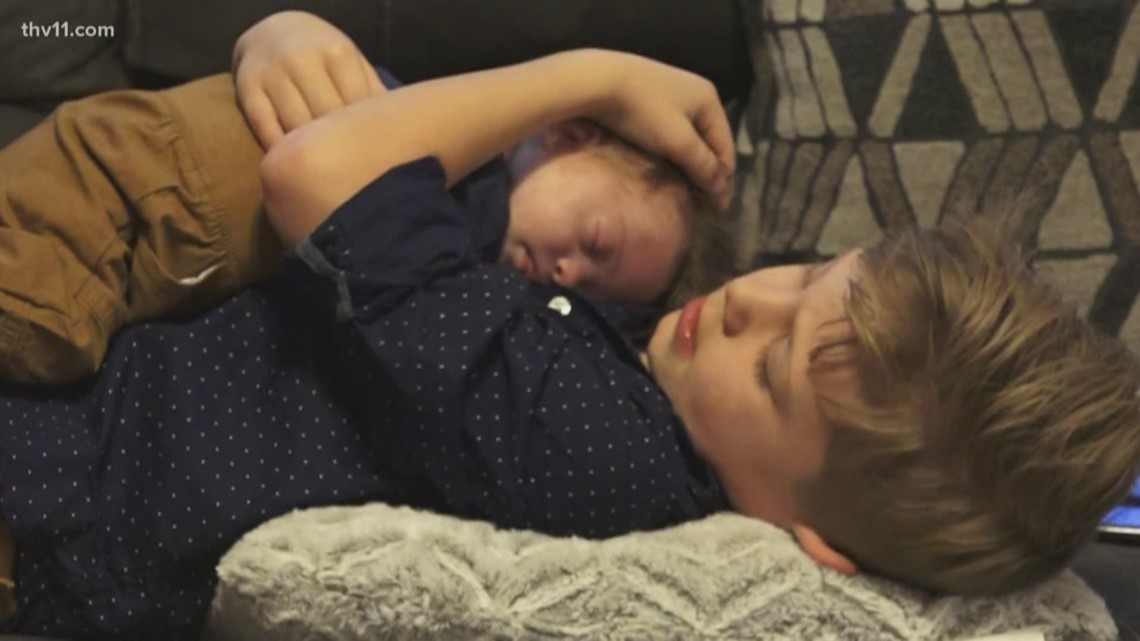 CABOT, Ark — A Cabot woman's video of her son singing to his baby brother is gaining national attention after going viral on social media.

On December 30, Nicole Powell posted a video of her son Rayce singing to her other son. Tripp, her youngest child who has Down Syndrome, is cradled in Rayce's arms as he sings "10,000 Hours" by Dan + Shay and Justin Bieber.

"This is how Rayce bonds with Tripp. He sings to him all the time. He swears this song is about him and his brother," Powell wrote.

In the video, Rayce sings the lyrics looking at his little brother as Tripp looks back up at him. It's easy to see why people connected with the video and started sharing it with their friends.

Tripp is a miracle baby. His parents said doctors didn't have much hope for him after scans showed the chance for quality of life would come close to none.

"They recommended we terminate the pregnancy, and I said absolutely not," said JJ Grieves, Tripp's father.

Tripp's mom and dad hope the rest of the world can learn to see and love through the eyes of a child.

"He's the same as the rest of us," said, Grieves. "He just takes a little longer to learn, a little more caring, a little bit more loving, but isn't that what the world needs?"

If you want to have a happy cry to start your 2020, make sure to hit play on the video.

It's a beautiful look at how the love one sibling can have for the other no matter what.