Fulham is a Cabot native and has been living and working in California for the past five years. He says these past two years have been the worst. 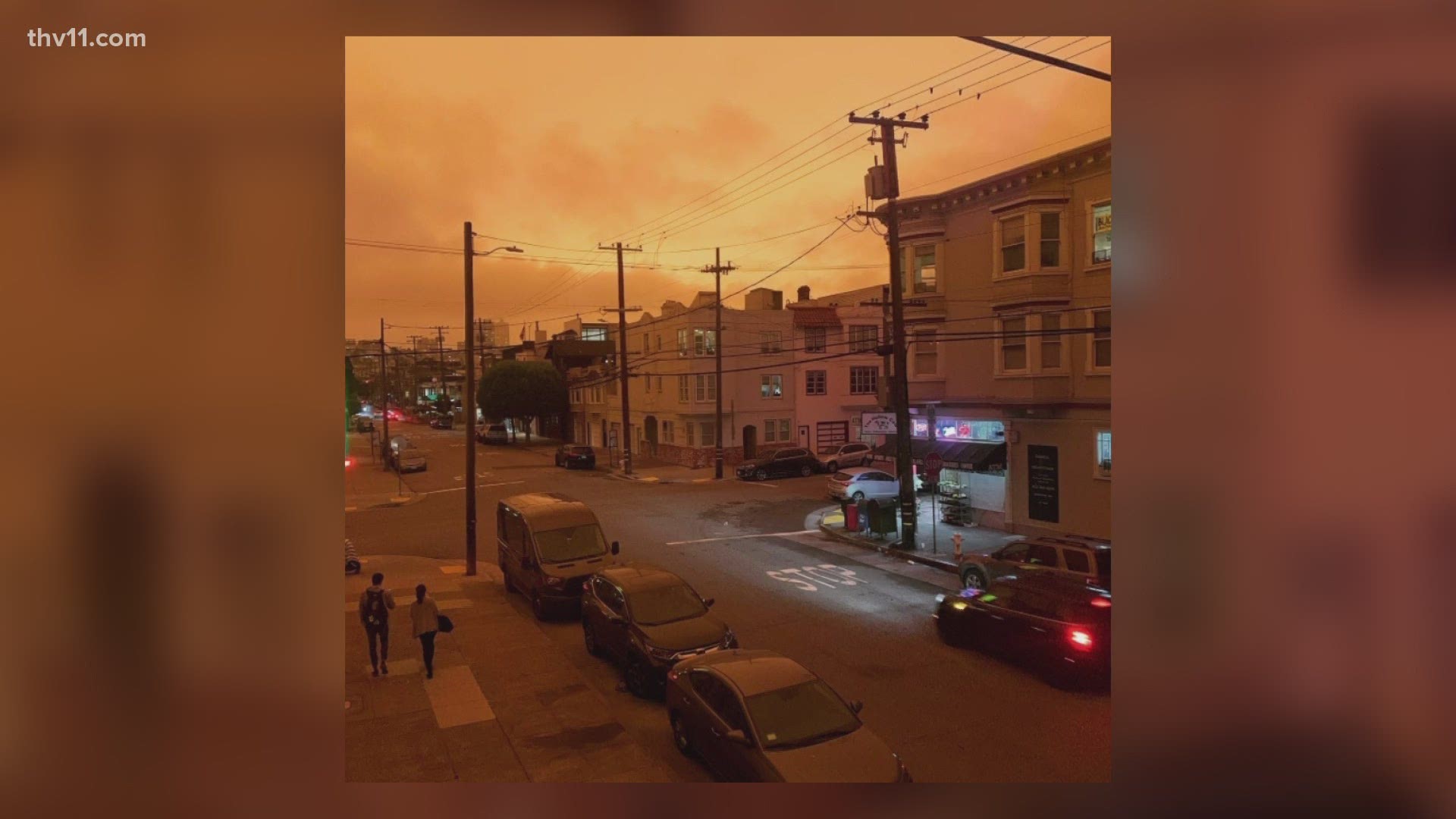 We all know Arkansas weather can be a little wild sometimes, but Rob Fulham has adapted to a different type of weather pattern: hot and fiery.

Fulham is a Cabot native and has been living and working in California for the past five years. He's getting used to fire season but says these past two years have been the worst.

“I went out to my living room and was like...oh, its orange outside,” Fulham said with a laugh. "It’s smoky and it looks kinda apocalyptic."

Nearly 100 fires are burning along the west coast in California, Oregon and Washington. Smoke and eerie orange skies have blanketed the city of San Francisco this week, where Fulham lives.

He says with the combination of wildfires and the COVID-19 pandemic, he's barely left his house in 180 days. Thanks to the California heat, temperatures inside his apartment can top 100 degrees.

"At night, the smoke sets in, so you have to shut all your windows at that point," he said. "Last year, I had to wear a mask just to go outside because the air was so bad. Now we're wearing masks for different reasons."

Hundreds of people in the Bay Area have been forced to evacuate. Fulham says he shouldn't have to, but that didn't stop his mom from calling to check on him.

"You know mommas. They're always gonna make sure you're okay," he said.