A Cabot High School senior made a big delivery to his school food pantry ahead of Christmas. 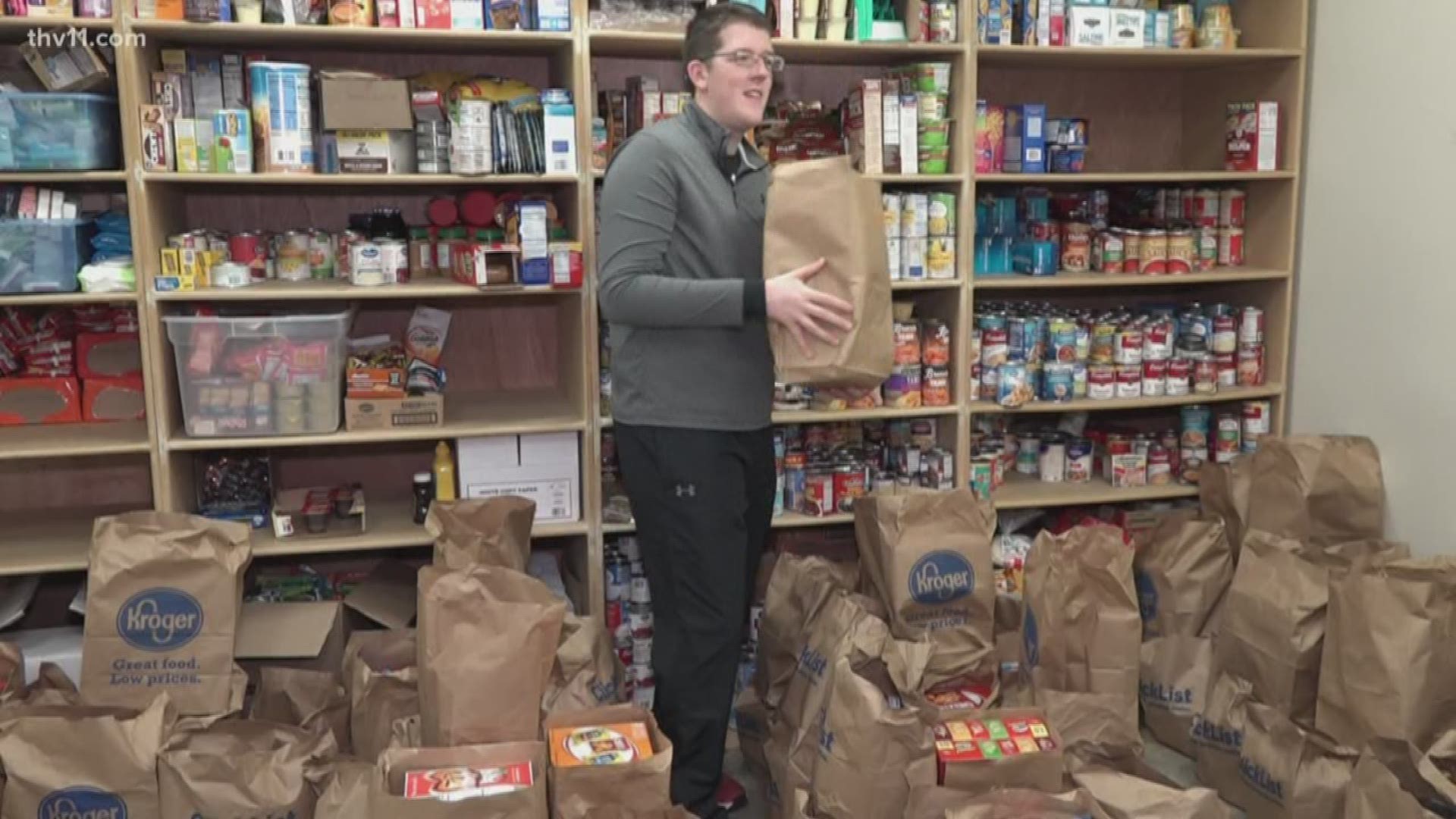 CABOT, Ark. — A Cabot High School senior made a big delivery to his school food pantry ahead of Christmas.

On Monday, David Jensen and a group of helpers unloaded bags of food into the pantry, which will then be distributed to students in need.

It all started in October when David a sign calling on students to help fill the pantry. In the weeks that followed, he held a food drive in his neighborhood and completed odd jobs to help buy additional items.

It's a commendable effort for any teenager, but those closes to David say its especially noteworthy to see him giving back in such a meaningful way.

"He has the diagnosis of autism but we don't focus on that," Lisa said.

David was once non-verbal, but he has come out of his shell over time. His occupational therapist, Kylie Koeneke says she's seen rapid progress this school year.

"No matter where we come from, or how we're raised, or our label we can shine through that," Koeneke, who works for Kidsource Therapy, said. "There's no disability in anything. We all have the ability to be someone, and it takes stepping out and going for it, and David has done exactly that," she said.

In the process of giving back, David has also gained a sense of independence.

"I learned about how much food we need, how many pounds," David explained.

"He had a list, and he had to go shop for those things and tried to get the best and the most with the money he had," Ms. Jensen explained.

David hopes his big donation is an inspiration to others.

"I hope it encourages them to do the same thing next year and gets them inspired," he said.

On Monday, Matthew Brown Agency/Farmers Insurance, Venture Realty Group and First Arkansas Bank & Trust donated a total of $550 to the pantry in honor of David.