We first introduced you to Caleb Anderson two weeks ago. He joined MENSA at the age of five and now at 12-years-old, is in college. 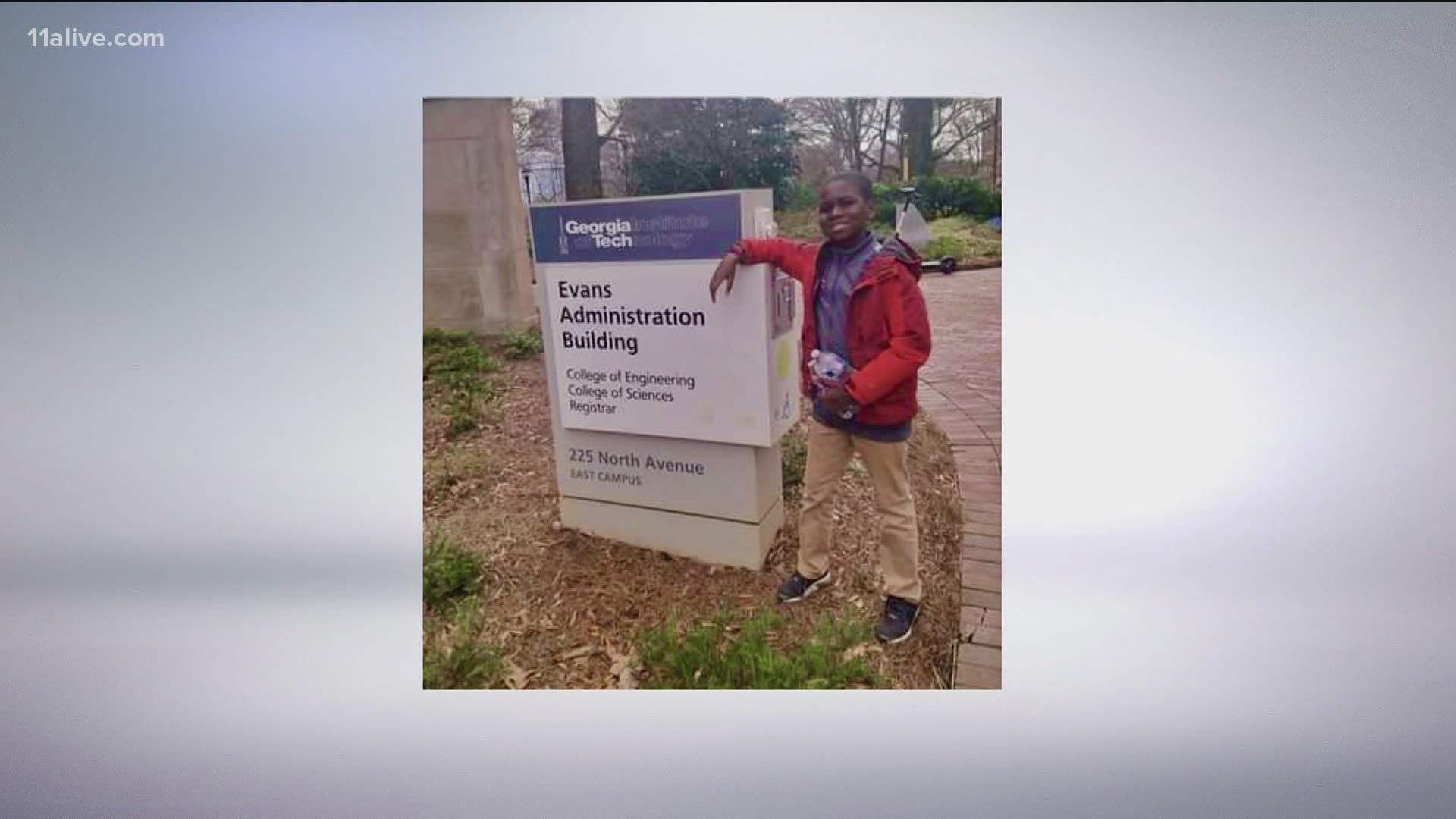 MARIETTA, Ga. — When 11Alive first introduced you to Caleb Anderson two weeks ago, his family didn't realize that his story would be heard about around the world.

The Anderson's knew Caleb was special when he could sign over 250 words at just 9-months old. And by two he was reading the constitution.

Their story has been mostly private, but in a year when we could all use some inspiration, they decided to share with 11Alive the genius of their son.

Since then, their story has gone viral and they say it's been a whirlwind of excitement and inspiration.

“It's been encouraging to be a voice for the gifted community,” Claire Anderson said.

From Canada, all the way to India, the family says they've heard from people all over the world. They've appeared in countless articles and are giving interviews almost every day.

“I’ve had a lot of attention,” Caleb said jokingly.

His mom said she's glad she has proof.

“I am grateful I videotaped Caleb when he was young because I don’t think people would have believed us that a 2-year-old was reading the United States Constitution,” Claire said.

Caleb's story caught the eyes of administrators at his dream school, Georgia Tech. The chairman of the aerospace engineering program has a meet-and-greet set up for later this week, they said.

“When Georgia Tech reached out to us,  it was a dream come true," Kobi said.

The Anderson's say over the weekend, a representative for Steve Harvey's foundation reached out to them to see if Caleb could do a Zoom meeting to inspire with other students. What they didn't know is that Harvey had a surprise for them.

Kevin Durant even posted about Caleb in his Instagram story with the mind blown emoji.