Fallen fighters and their families were honored Saturday on the capitol grounds in Little Rock. Seven new names joined the memorial this year, several who passed away from cancer. 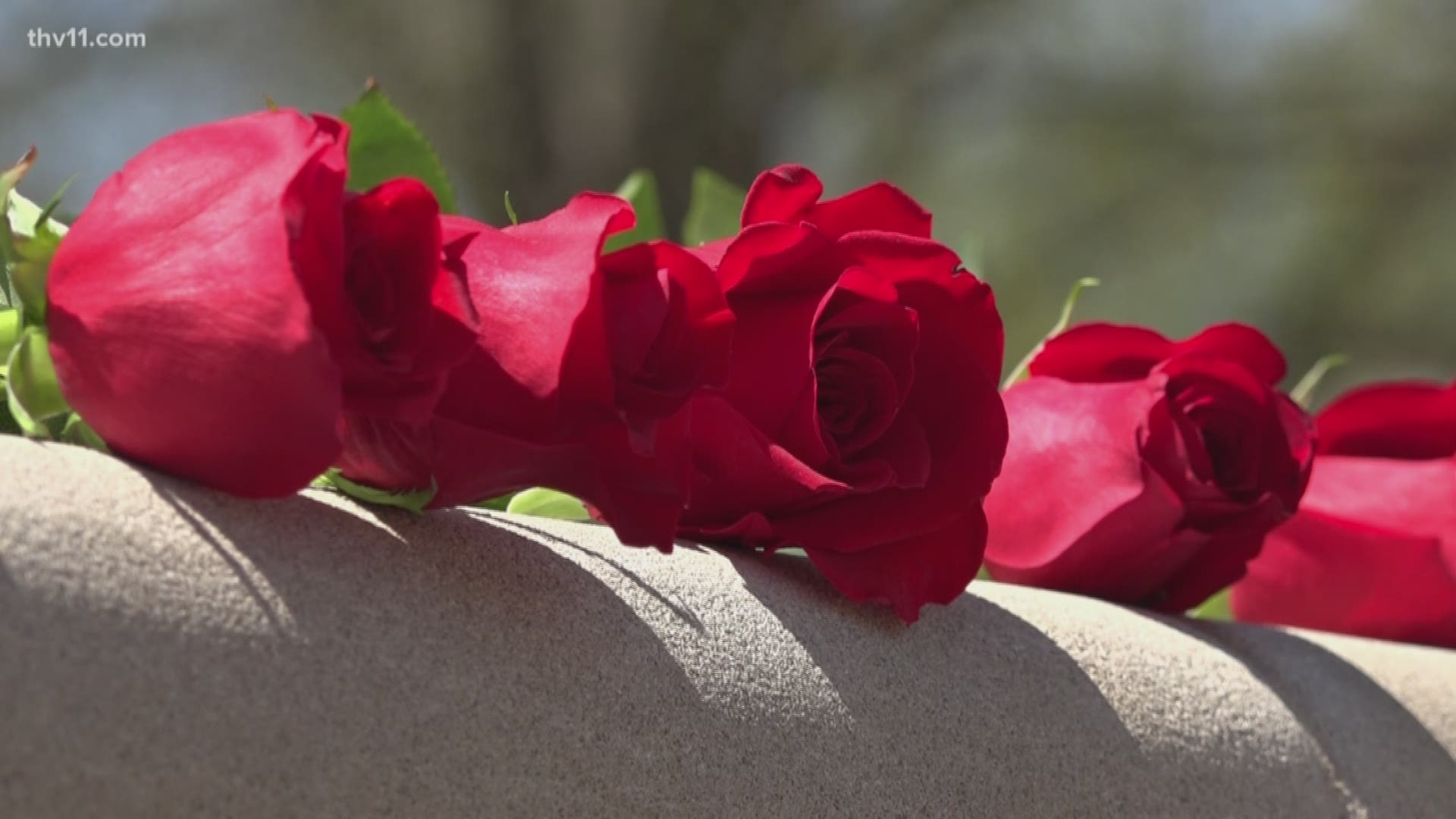 Fallen fighters and their families were honored Saturday on the capitol grounds in Little Rock. Seven new names joined the memorial this year, several who passed away from cancer.

Kim Wright admits her husband Gavin didn’t always dream of being a firefighter, but fate led him to serving in this line of duty.

Three of the people added this year, including Wright's, passed away from cancer. It’s a cause many firefighters never considered until now.

"Gavin had a very gentle heart, he was a very sweet man,” said Wright.

His life, and many others, were lost while fighting to protect other people. Gavin passed away in 2013 after battling colon cancer.

“They're loved one will never be forgotten,” added Arkansas Fallen Firefighters Memorial Board Secretary, Jackie Warren.

A tragedy at a fire chief's convention years ago in Helena West Helena led to the creation of the memorial that stands today at the capitol. It honors firefighters who died in the line of the duty.

There were three fatalities that year.

“This year we have seven names added, four of them were car accidents and heart attacks. And then we're adding our first three cancer deaths,” Warren said.

Cancer risks is something firefighters everywhere must add to the list of dangerous factors they face while on the job.

“Most of the guys out here will tell you they never thought about it. Technology is taking over with more and more chemicals,” Warren said.

Wright joined other widows in helping to get legislation passed in Arkansas to have cancer deaths considered line of duty.

"I do think they're seeing there's more of a link between firefighters and cancer than there has been in the past,” said Wright.

“We really need to focus on extractor machines, wipes, hoods and second hoods,” she said.

Wright's family is thankful to be honored, but hopes no other will have to experience their reality.

“It's needed, but I'd really like it if we didn't have to add any names due to cancer,” said Wright.

Roses were placed on the memorial as fallen names were called out in front of the crowd.