Turns out a chicken dinner can bring a lot of people together. 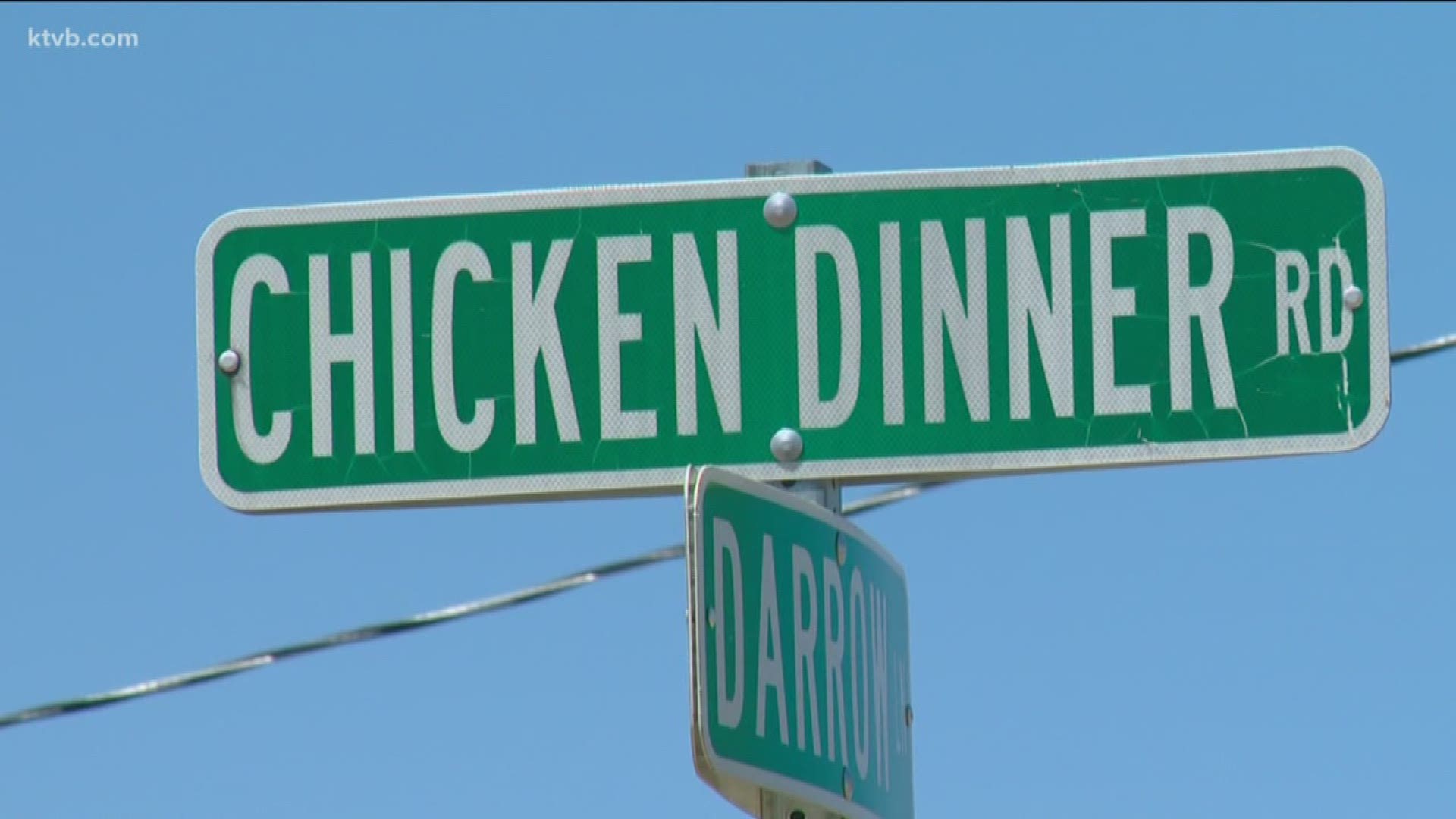 BOISE, Idaho — So what does it take for unfettered bipartisanship in Idaho's Statehouse?

Turns out a chicken dinner can bring a lot of people together -- Republican and Democrat.

The Idaho House of Representatives voted Monday to pass a resolution to preserve the history of Chicken Dinner Road.

According to local lore, the road was named Chicken Dinner in the 1930s after Idaho Gov. C. Ben Ross was persuaded by a local farmer's wife to have the road fixed after eating her fried chicken dinner.

But recently, nearly 90 years after it became a legal street, the name began got the attention of a pretty infamous animal rights group.

Last summer, PETA sent a letter to the mayor of Caldwell asking the city to rename the nearly 20-mile stretch of asphalt. He rejected that idea.

RELATED: 'I thought it was a joke': Caldwell mayor responds to PETA's request to rename Chicken Dinner Road

The measure now heads to the Senate for consideration.

RELATED: I Wonder: What's the story behind Chicken Dinner Road?

See all of our local politics coverage in our YouTube Playlist: