Getting the backing for a casino license in Pope County is no sure thing, but three companies thought tonight was their best chance to play their hands. 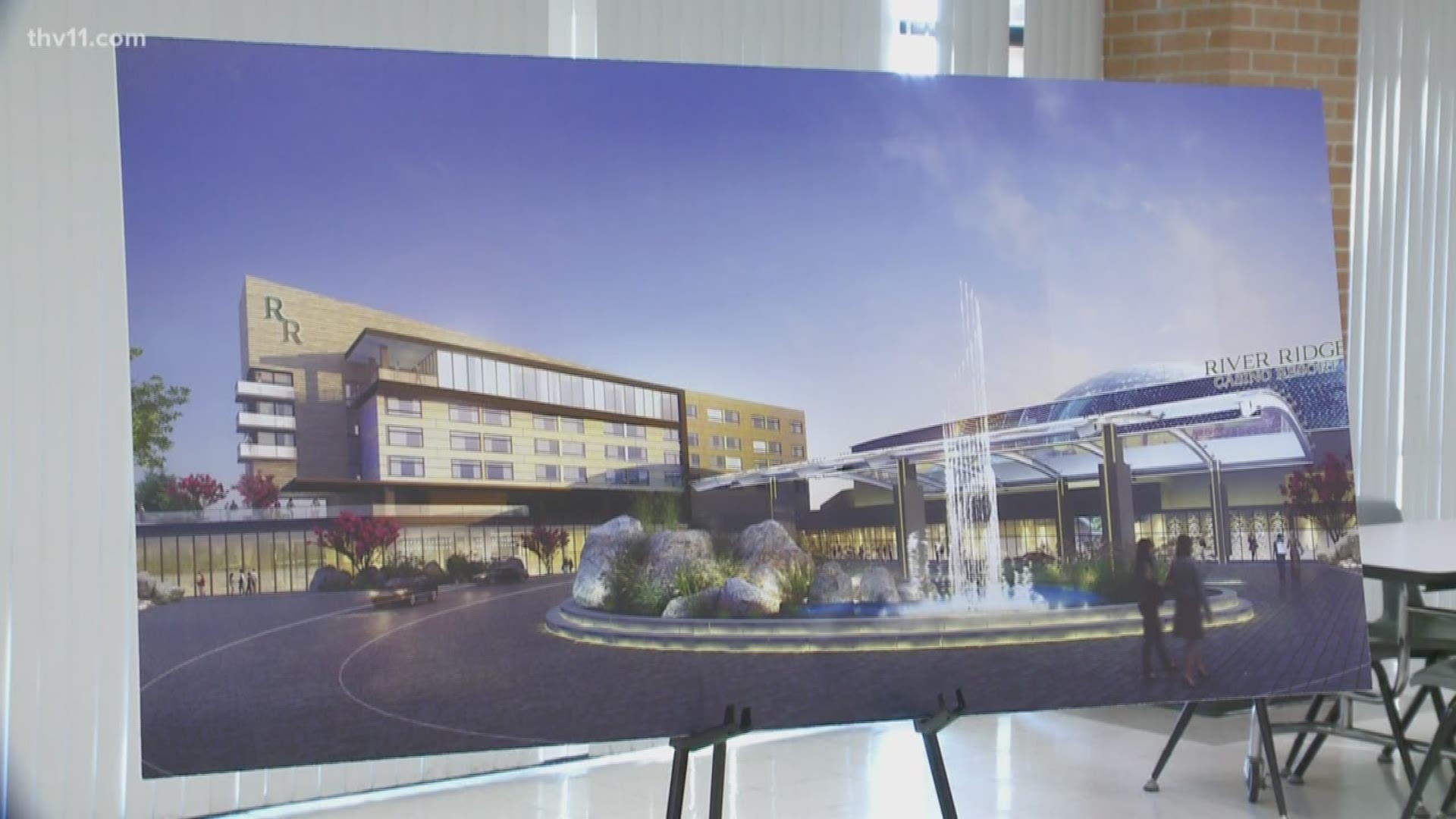 RUSSELLVILLE, Ark. — Getting the backing for a casino license in Pope County is no sure thing, but three companies thought tonight was their best chance to play their hands.

Representatives from the proposed Hard Rock Casino, River Ridge Casino Resort, and Choctaw Casino & Resort gave presentations about their proposals in a public meeting held by the City of Russellville’s casino committee.

“We’re excited to be able to show our project to the folks of Russellville,” Dan Kehl, CEO of Elite Casino Resorts and head of the River Ridge group, said.

Each group got 30 minutes to talk about its proposal and then answered questions from the committee for 15 minutes. At the end of the meeting, the community was given 30 minutes to ask their own questions.

“It’s been a long process,” Bill Warner, CEO of Warner Gaming and the head of the Hard Rock Casino group, said, “and (I) really, really am excited about the fact that we get to stand up and talk about our project in a forum like this.”

The Arkansas Racing Commission set a November 18 deadline for casino operators to submit applications for the lone remaining casino license, to be issued in Pope County. Cherokee Nation submitted its application in August after it received a resolution of support from the Pope County Quorum Court. Gulfside Casino Partners turned in an application in the spring with letters of support from the previous county judge and Russellville mayor. The Arkansas Racing Commission rejected the application, stating that letters of support must come from sitting elected officials at the time the application is submitted. Gulfside filed a lawsuit and the case is pending.

To complete their applications, the operators must obtain letters of support from Mayor Richard Harris and either the quorum court or County Judge Ben Cross, because their proposed sites are inside city limits. (Cherokee Nation’s proposed site is entirely in county land, so it did not need the mayor’s approval.) Mayor Harris tasked the committee with vetting the candidates and sending him a recommendation.

Warner touted the strength of the Hard Rock brand during his presentation, saying 89 percent of his casino’s visitors would be forecast to come from outside Pope County.

Janie Dillard, a senior executive officer with Choctaw Nation, argued that its identity as a tribe would make it a better fit, in part because it would not look to sell the property, as a private developer might, and also because of its experience running casinos in Oklahoma.

“I think we know this market,” she explained. “We are right, we actually have a casino on the order of Fort Smith, Arkansas.”

Kehl said his group’s family business background would make them the best partner for the community. He stressed a desire to use local vendors and said people from Pope County would be able to share in the casino’s success.

If any of the groups wins the support city of leaders, they would have to go back to county officials for the additional letter of support. While they indicated in the past that Cherokee Nation would be the only group they would back, Warner thinks they will be open-minded about supporting the mayor’s pick. “I think so. I really do,” he said. “I think, ultimately, the city going through this process and having everybody vetted in a proper way, that, I think it’s gonna be hard to ignore.”

While casinos have been a topic of frequent conversation around Russellville since voters statewide approved Amendment 100 last year, Dillard said people still have lots of questions. She mentioned that people have come into Choctaw Nation’s new downtown office.

RELATED: There's applications and opposition, but when will Pope Co. finally get a casino?

The question on Dillard’s mind is why the city’s vetting process is so different from that performed by the county over the summer.

“This is the way it should’ve been from the beginning,” she said regarding Monday’s forum. “Even the city and the county could’ve come together and did this. I just, I hate how it’s kind of put a fracture between the county and the city, of what’s happened. Because they could’ve both come together, together, did a big event like this, had us all come to the table, all of us included, and then you make your choice of who you want to choose for Pope County.”

“We didn’t have a chance to present our project with the county,” Warner added. “This is a fair process. It’s one that, everybody’s standing up, they’re putting their projects forward, they’re gonna be able to talk about them, and there’s a panel that’s going to make a selection.”

Dillard said the county asked each of the five operators on a Friday to create a presentation and submit it the following Monday. The Hard Rock Casino and Choctaw Nation groups both alleged that a deal had been reached in secret between members of the quorum court and Cherokee Nation.

“I’m not sure if anybody really knows what the quorum court members were hearing,” Kehl said. “You know, the quorum court members had the opportunity to meet with all the different developers, and they made a choice based on what they thought was the best fit for the community. And so, now it’s the opportunity for, hopefully, the city and the folks in the community to ratify that decision.”

Each of the plans discussed Monday calls for roughly $250 million spent on the casino resort, with a variety of restaurants, music venues, pools, and luxury accommodations. While they have seen what the quorum court considered the best offer, the leaders of the three groups said Cherokee Nation’s bid had not changed what they planned to offer.

“We also kind of heard through the process that having a family-friendly pool was something that was really important, so we added that, as well, into it. So, now we have a resort pool and a family-friendly pool, but otherwise,” Warner said, “we think the project that we put forward out of the gate was pretty darn strong.”

The casino committee will meet again on October 15. The Russellville City Council will meet next on October 17, and the quorum court will convene on October 21.