Jason Crawforth said he took the CBD drops to help with lower back pain and within two hours he was having hallucinations. 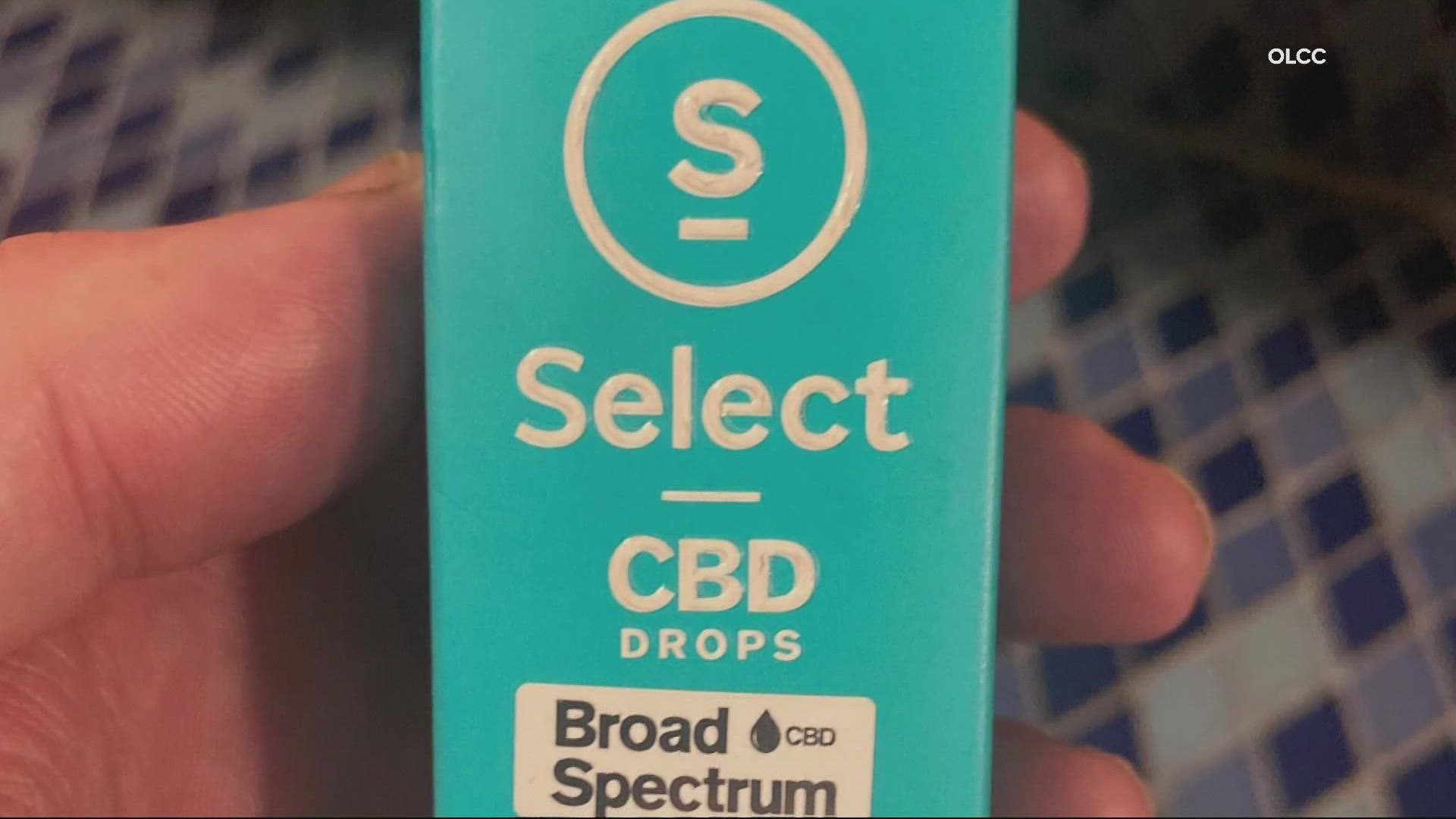 PORTLAND, Ore. — To cope with his lower back pain, Jason Crawforth, of Idaho, picked up some CBD drops while visiting his mom on the Oregon Coast. The 51-year-old put the drops to use while camping in the Nevada desert in early September. About two hours later, he says, he started to hallucinate.

"I stepped out of my motorhome, my fingers started to tingle, my legs started to go numb and over the course of five minutes, I could feel myself slipping away from reality," Crawforth said.

Crawforth eventually went to bed. When he woke up the next morning, he used the CBD drops again, not thinking they were to blame for the episode the night before. Crawforth then got behind the wheel and drove home to Boise.

Credit: Jason Crawforth
Crawforth bought the drops at a shop in Gearhart, Ore.

RELATED: OSU studies impact of pot use on decision-making

"I start to get dizzy," he said. "My fingers start to tingle and the last two things I remember is a red car coming towards me and not knowing what lane to be in."

Crawforth pulled over. A friend drove the rest of the way. Once back home Crawforth went to the emergency room. Doctors told him he had dangerous amounts of THC in his system. THC is the main psychoactive ingredient found in marijuana. It makes people feel high.

"I did not suspect it was THC," Crawforth said. "I've never been a person to use it, as an edible or smoking, so I wasn't familiar with the effects."

It turns out the CBD drops Crawforth bought were mislabeled and actually contained THC. Crawforth says the doses he was taking contained six to ten times the normal amount of THC. The Select brand CBD drops have since been recalled by the Oregon Liquor and Cannabis Commission (OLCC). The agency is also recalling Select brand THC drops because they should have detectable levels of THC in them but they do not.

Credit: OLCC
These THC drops should have THC in them but the OLCC did not find detectable levels.

"It's a clear case of product liability and it's sad because it's setting the cannabis industry back as well," attorney Michael Fuller said.

Fuller is representing Crawforth and a handful of Oregonians who have filed lawsuits against Curaleaf, the company that owns the Select brand drops.

Curaleaf has not responded to KGW's request for comment but told The Oregonian they are working with their test labs, labeling team and the OLCC to gather all the facts about the mix up.

"There should be multiple safeguards in place so this never happens," Fuller said. "This is the equivalent of going to Olive Garden and getting psychedelic mushrooms in your lasagna."

If anybody understands that analogy it is Crawforth. He no longer has plans to use CBD drops to treat his lower back pain.

"Now I'm relying on acupuncture and a physical therapist," Crawforth said. "I have another CBD product but I don't want to use it."