Chance encounter at gas station leads to an unlikely friendship

Bethany Lowe told Joe Buckner he was the first Black friend she'd ever had after being taught that "you don't mix races." 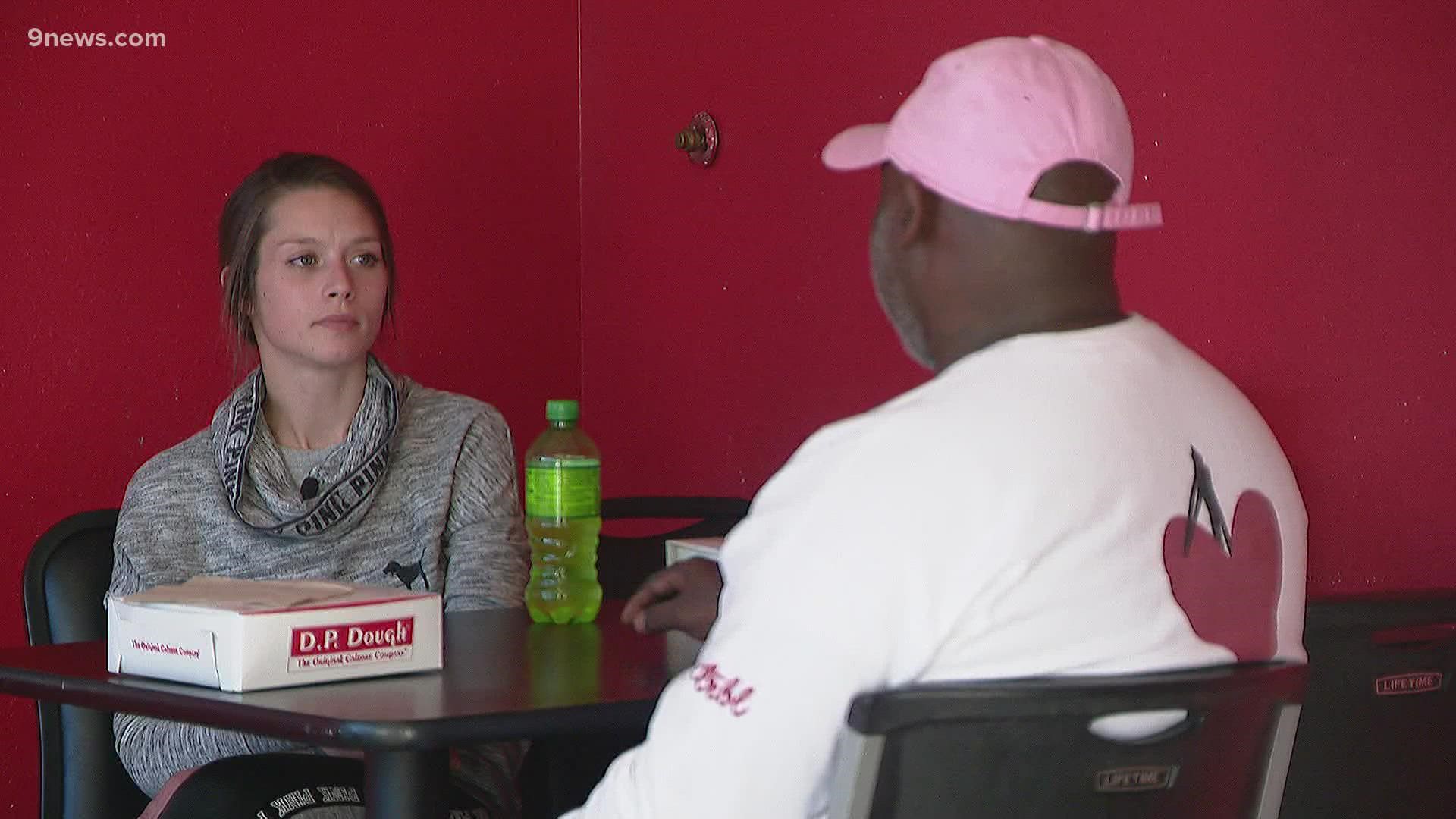 FORT COLLINS, Colo. — Nearly three years ago, a man was buying a granola bar at a gas station when one of the workers made an offhand remark.

“She was standing behind me. I didn’t even see her, and she said, ‘Hey, Mister, are you going to work out?’ in her cool little country drawl,” Joe Buckner said.

He was in fact going to a workout. Buckner owns Beautifully Savage Boxing in Fort Collins.

The gas station at Interstate 25 and Harmony Road where Bethany Lowe worked nearly every day was on his way to his boxing gym. She joked around with a lot of her customers.

“'Well, you’re buying a bar and one of those drinks, and you got those big ol’ muscles,'” Buckner remembered her saying to him.

“I do remember the first time me talking to him,” she said. “I was like, 'You know, I’ve never really connected like this with a Black person,' and those were my exact words to him.”

Lowe grew up in rural Kentucky, in a small town where she says Black and white people didn’t interact.

It wasn’t until she moved to Greeley in 2017 that she began questioning those beliefs.

“I do not blame my mother at all because she was also taught that,” Lowe said. “It’s like generational. My mom got beat … because she had become friends with a little Black girl.”

Buckner didn’t know any of that when he laughed at her comment in the gas station, but he started to notice Lowe, specifically her work ethic.

“It’s rare to find someone working at a convenience store that’s proud to be doing the work,” he said. “And she would go above and beyond. She was the best worker at one of those places I’ve ever seen in my life.”

Buckner went to that convenience store about four times a week. He began to connect with Lowe over their difficult pasts: He has a criminal history and served prison time for dealing drugs about 15 years ago, and she was an addict. Lowe said she became clean only a few months before learning she was pregnant with her son.

“We both grew up very underprivileged in terms of finances. We both had similar pasts with getting in trouble legally, so we’re actually not that different. We just look different. I’m taller than her,” Buckner joked. “That’s what I mean by 'look different.'”

Shared struggles brought them closer. Buckner said it helped him to choose curiosity over judgment when he learned about her beliefs.

“And his name is that because we basically, at the time, and before we even had a kid, we always said we would name him Aryan,” Lowe recounted her response. "Because of it being all white you know. We were all white. The stupidest decision of my life.”

Lowe said Buckner was the first person to ask whether her son’s name came from Aryan Nation, a white supremacist terrorist group.

By then though, the two had established a bond, and Buckner didn’t walk away.

“That’s the moment where you look at someone and you say, 'That’s insane,' or you say, 'I’d love to learn more about why you believe that,'” he said.

He chose to be curious instead of judgmental. Because he listened to her, she began asking him questions.

After their talks, Lowe Googled systemic racism and racial profiling, and she decided to change.

It has been a few years since they first met, and while they no longer see each other at the gas station, they’re still friends.

Lowe has been going through some serious health issues that forced her to have open heart surgery, and Buckner posted a video to help raise money for her medical costs.

“What made it to where you felt OK for us to become friends?” he asked her over pizza.

“I don’t want to say something just, like, changed, but it did,” Lowe said. “Meeting you, it’s made it different all around.”

Buckner said that Lowe isn’t the only person who changed.

“I can tell you that becoming friends with you has made it to where I do listen to people more who maybe see the world different from me,” he said.

A chance encounter at a gas station changed two people’s lives for good.

RELATED: Two Colorado residents, once on opposite sides of a high-profile murder case, form the most unlikely of friendships