Everything Arkansans need to know about completing the 2020 Census

Every uncounted Arkansan means a loss of $3,000 each year for the next 10 years. Even a 1% undercount can add up to $750 million in lost federal funding. 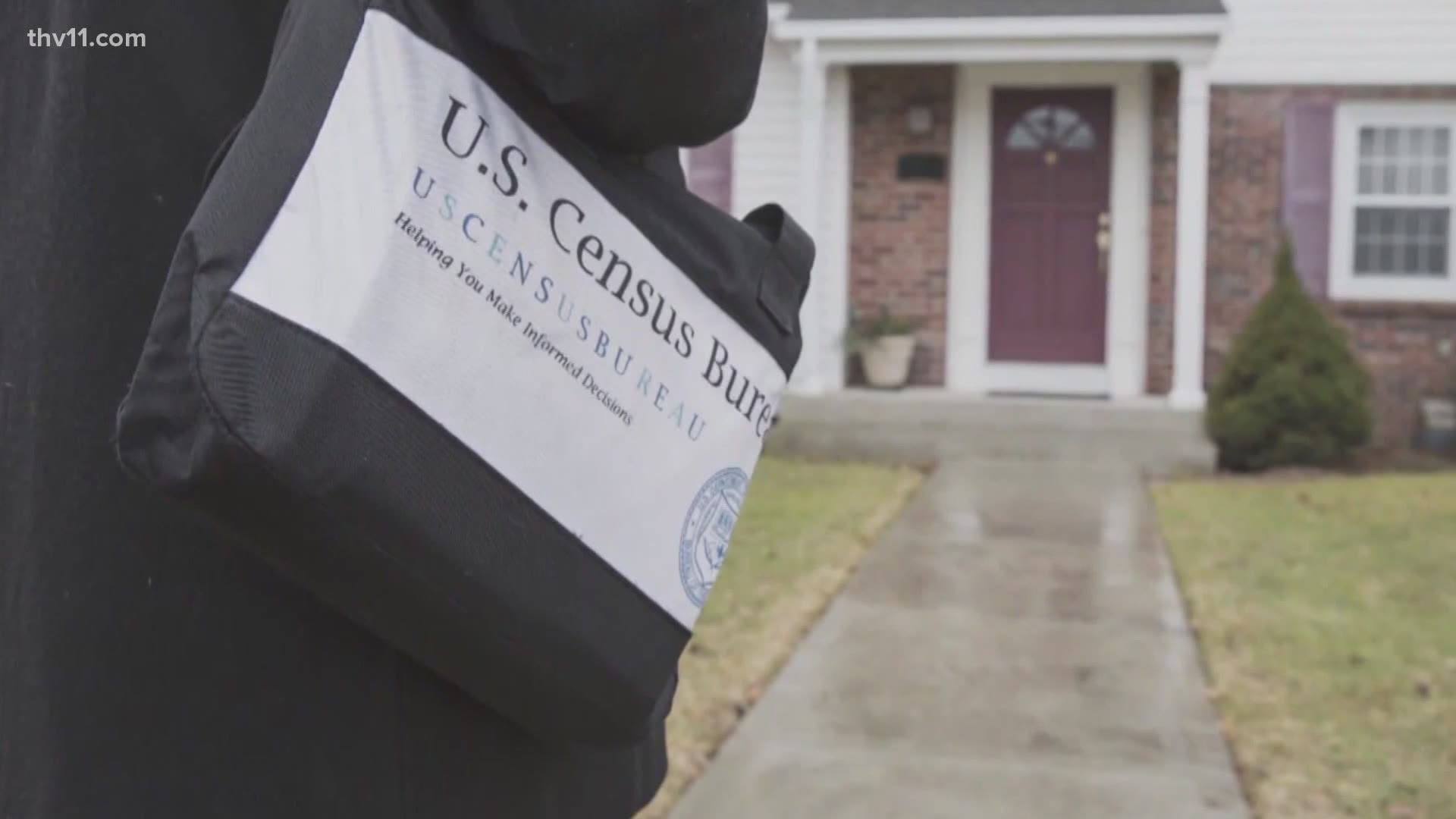 ARKANSAS, USA — Note: The attached video is an earlier report on Arkansas underreporting on the census.

Every 10 years, the federal government takes a count (census) of America’s population for a number of important reasons.

Communities rely on census data in order to plan for resident needs such as new roads, schools, or emergency services, according to the City of Little Rock’s website.

The census also determines how many state representatives Arkansas will get in Congress and also used to redraw district borders.

“Each year, the census numbers are used by the federal government to distribute $675 billion to states and communities for programs that support education, housing, health facilities, transportation, emergency services, food assistance, and more,” the City of Little Rock said.

Did you know? Low participation in the census has grave consequences. Every uncounted Arkansan means a loss of approximately $3,000 each year for the next ten-years and even a 1% undercount can add up to $750 million in lost federal funds. #LRCounts #2020Census pic.twitter.com/UgqBPW0j7I

Arkansas has and continues to receive over $9 billion a year from the federal government based on data from the 2010 census.

The 2020 Census began in March, but due to COVID-19, the process looks a little different.

Pulaski County is at 56-58% participation in the census, which one county judge said is “dangerously low.”

"One of the things that we all suffer thru every year is paying our taxes," Pulaski County Judge Barry Hyde said.

"Failure to count all of the people means we may not be able to collect those taxes back into the community to pay for roads, pay for hospitals… to pay for libraries."

In addition to the ID tag, which is what census takers normally wear, they'll also be wearing masks this year, along with practicing social distancing.

The census asks questions about who is living in your place of residence on April 1, 2020, called "Census Day."

You will be asked to provide the name, age, date of birth, race, gender, and relationship to the person answering the questionnaire.

By law, the Census Bureau may not share your information with any other entity, including immigration or law enforcement agencies.

Your responses also cannot be used against you by any government agency or court in any way.

In March 2020, you should have received a postcard that was sent out to households throughout the state with information on completing the census, along with instructions on how to do so.

The questionnaire should only take a few minutes to complete.

To take a look at a sample census questionnaire, you can click here.