The unprecedented cold put record demand on the electricity grid, avoiding rolling blackouts that were seen in Texas. 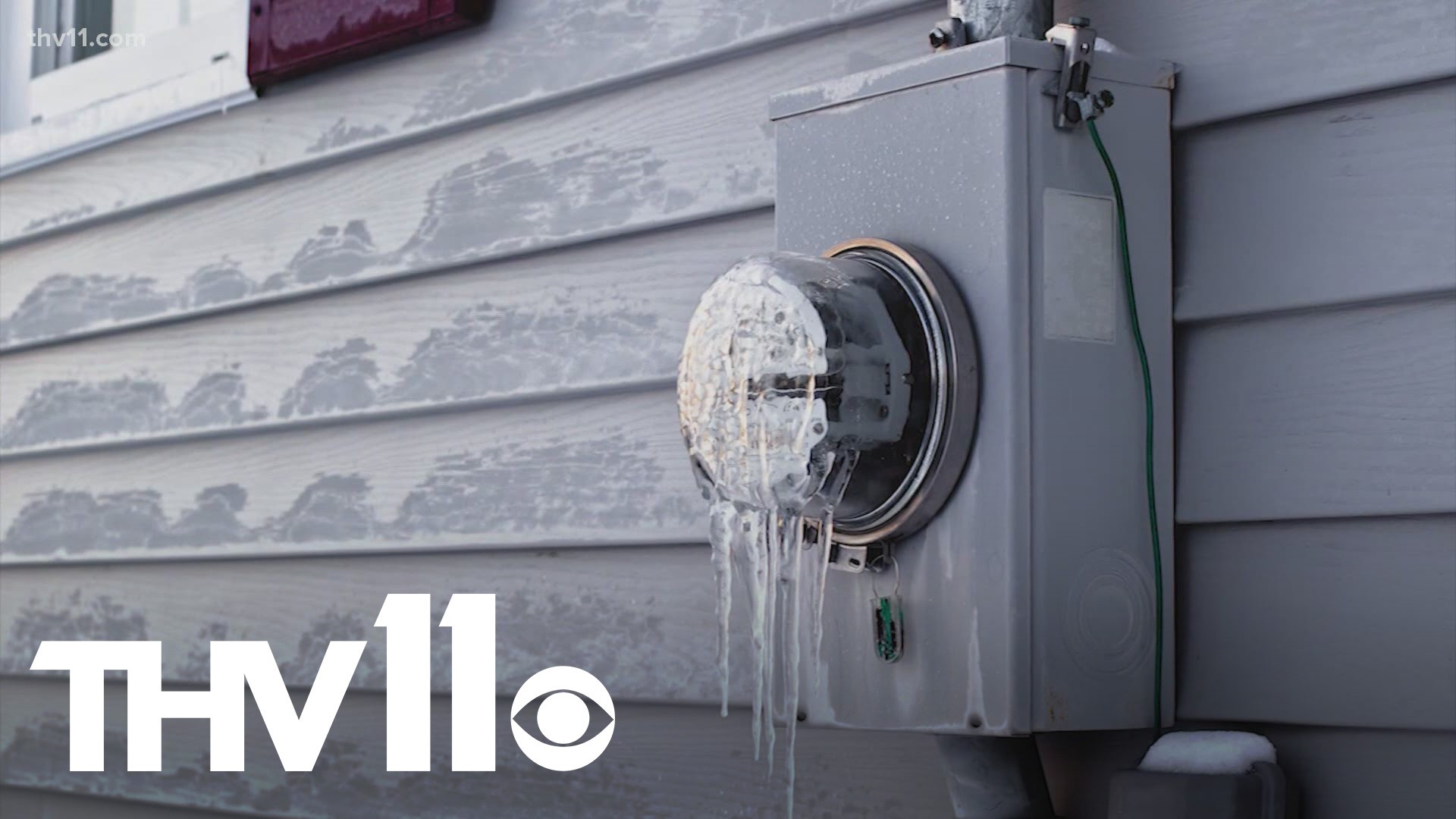 LITTLE ROCK, Ark. — Update: Around 8 p.m. on Tuesday, Entergy announced it would be doing "forced outages" across Arkansas. A spokesperson told us the outages would last no longer than an hour at a time.

The repeated calls for Arkansans to conserve electricity as near-zero degree temperatures locked the state in bitter cold managed to avoid involuntary rolling blackouts according to power company executives.

"This has been unprecedented in terms of temperature," said Kurt Castleberry, the director of resource planning for Entergy Arkansas. "Anchorage, Alaska is tropical compared to what we're experiencing now."

Castleberry spoke to the Little Rock Rotary Club on a panel focusing on the future of solar power in Arkansas. The discussion began by addressing the crises faced by power companies earlier that day.

"We're having expected difficulties getting gas in this very cold weather and that makes it hard to get fuel to some of our gas fired resources," Castleberry said.

That supply-and-demand problem sent natural gas prices soaring and the extreme cold hindered gas-fired plants from operating smoothly. When several plants in Texas went offline, it strained the entire grid systems across the middle of the U.S.

That strain became acute Tuesday morning as organizations like the Southwest Power Pool and Midcontinent Independent System Operator played their role as air-traffic controllers for electrons. In Arkansas, the distribution companies faced blackouts in western parts of the state.

"I told our folks this morning we got right to the edge of the cliff and stared into the precipice," said Buddy Hasten, the director of Electric Cooperatives of Arkansas.

"We did not have to cut people off, but there were people in S.P.P. in the western side of the state and into that area of the systems that did have rolling blackouts."

Governor Asa Hutchinson announced between 18,000-20,000 customers lost power but only for a short time. Castleberry credited voluntary efforts for his company and MISO from avoiding disconnections.

The large steel mills in northeast Arkansas lessened the load by shutting down for a couple of hours. The collective efforts of people turning down thermostats helped as well.

"With all that combined, [it took off] maybe 500 megawatts or so, and our peak load at Entergy was about 5,000," Castleberry said.