The Arkansas State Police say that Lionel Morris died on his way to the hospital after he resisted arrest at a Conway Harp's. 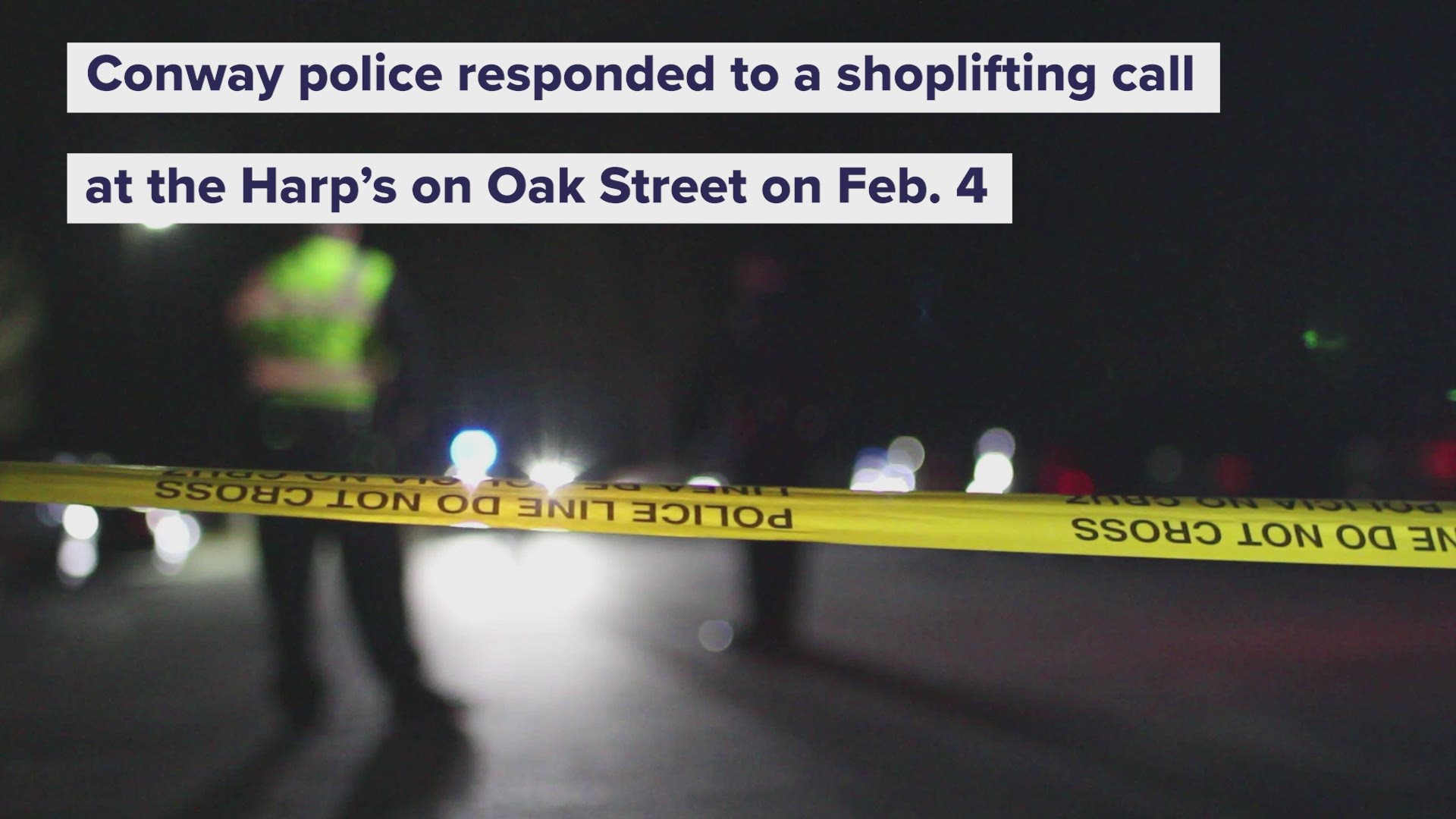 CONWAY, Ark. — Conway police responded to a shoplifting call to the Harp's on East German Lane on Tuesday near 4:30 p.m. when a male suspect allegedly resisted arrest and died due to injuries from the struggle.

According to the Arkansas State Police, who is currently investigating the incident, 39-year-old Lionel Morris died on his way to the hospital.

The 911 call described two suspects taking items from their packaging and attempting to steal them.

State police say they are investigating the use of force by an arresting Conway police officer.