Firefighters and EMS were called to the 4800 block of Kiser Island Road in the Terrell community Sunday morning. 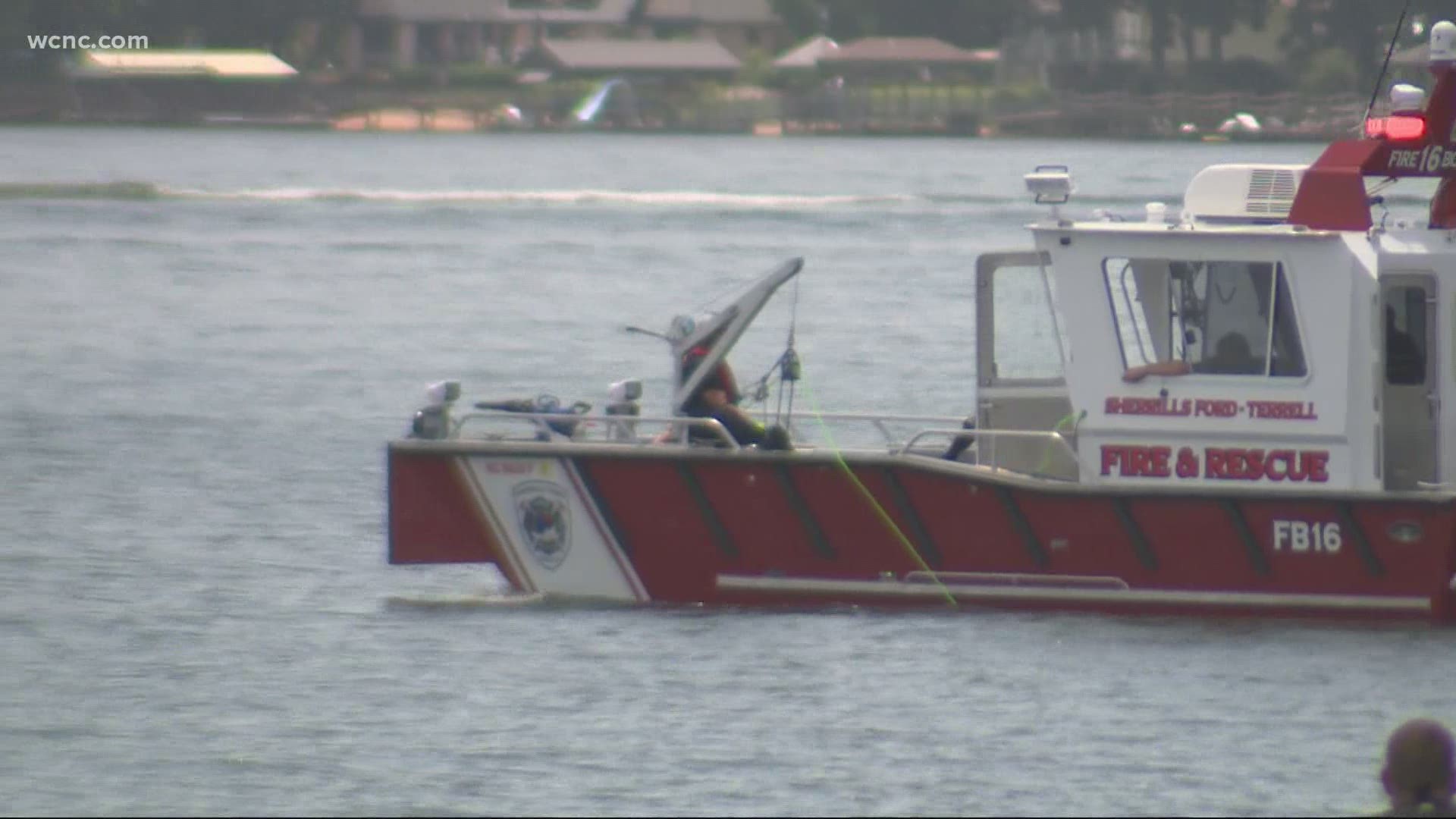 CATAWBA COUNTY, N.C. — The search for a missing Burlington man continued throughout the day Monday.

The North Carolina Wildlife Resources Commission said officials were out on Lake Norman for the second day searching for 27-year-old Greg Cates.

Officials said a group of about 10 friends rented a pontoon boat Sunday. They said Cates was driving the boat, but at one point stopped to jump into the water.

His friends say he never resurfaced.

The incident happened in the Beaver Dam Creek area of Lake Norman around 10:30 a.m. Sunday morning, according to NC Wildlife.

Sunday, NC wildlife says the search has been difficult.

"We had a hard time getting an exact location, and unfortunately in a stressful situation folks do lose sight of exactly where they were when it happened," a spokesperson from NC Wildlife said.

Merritt Tise, who was boating nearby with her husband and two young sons saw the distressed boat and went to help.

“We turned around and they’re waving their arms and honking the horn,” she said.

Tise said people on the boat told her Cates had been under for roughly two minutes and wasn’t wearing a life jacket. That’s when she says she immediately dialed for help.

Having grown up on the lake, Ties says she knew exactly where to tell rescue crews they were located.

Parker says this has been one of the busiest years on Lake Norman.

“I’ve worked Lake Norman the past five years and this year is definitely the busiest,” he says. “Usually we don’t see an increase of boat traffic pick up until Memorial Day weekend, this year it started the first of May and it’s been busy ever since.”

NCWRC officials say in 2019, Lake Norman saw just one fatality. This year, they say they’ve already had 4 deaths on the lake.

They say all of the deaths were drownings and all involved people who were not wearing personal flotation devices (PFDs).

“I mean, they sat there and watched what they saw and they said, 'We pinky promise we will always wear a life jacket, mom,'" Ties said. "I mean that’s horrible and I kept thinking somebody is going to have to call his mom and tell her."

The Commission’s Preserve Your Life campaign reminds all boaters to put on a life jacket before boarding a vessel. They say wearing a life jacket is a simple safety precaution that can prevent tragedy from happening in the event of an accident.