Family members acknowledge "Johnny" Moreno was behind the wheel of a stolen truck the night he was shot by an officer. But they say police need to tell them more. 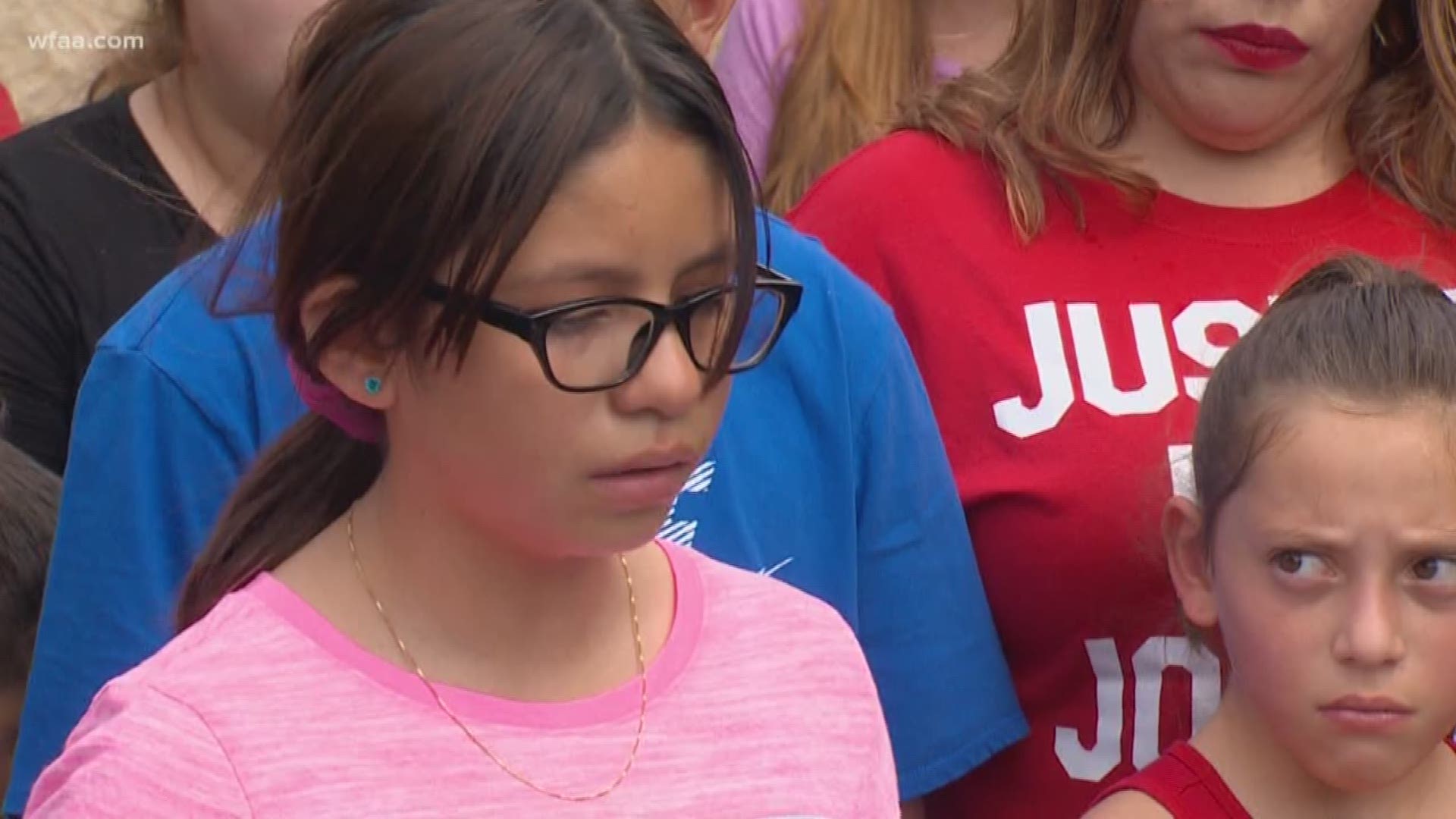 DALLAS — Two days after Juan "Johnny" Moreno was killed in the parking lot of a Dallas shopping center, family members stood outside the Farmers Branch Police Department demanding answers about his death.

Wednesday, Moreno was behind the wheel of a truck reported stolen out of Irving when an unidentified officer fired multiple shots into the driver-side of the vehicle.

Moreno, 35, was hit multiple times and died from his injuries.

But what happened that night is still unclear.

While Dallas police say it started with Farmers Branch police "monitoring" the stolen truck out of Irving, authorities didn't reveal how they ended up in a parking lot in Dallas.

It's also unclear how many officers were involved in the surveillance of the truck.

Carlos Quintanilla, leader of the group Accion American, said those are answers Moreno's family hope to get from Farmers Branch city leaders and Dallas police.

"We recognize that Juan Moreno was in a vehicle that was stolen," he said. "That does not give the right to the Farmers Branch police officer to commit murder."

"How long were Farmers Branch police officers monitoring the truck?" he said.

Quintanilla said at some point during the surveillance of the truck, Moreno got out of the truck, went into a game room in the shopping center and then got back into the vehicle. He questioned why Moreno wasn't detained by police at that point.

Juan Moreno, Johnny's father, said a friend of his son's told him of his shooting death, not the police. He also said when he asked officials to see his son's body to identify him, he was told he couldn't.

"I'm here not really knowing if he's dead," he said. "...up to this day, up to this hour, I have not received a call from the police, from the sheriff, nobody."

Videos captured the moment the shooting happened Wednesday night. One video shows the Farmers Branch officer get out of his vehicle just as the truck starts to pull out from a parking space.

The driver makes a wide turn around the officer, who fires multiple shots into the driver-side of the truck, which then crashes into nearby parked cars.

Quintanilla said he questions why the officer fired multiple shots, turning his body toward the truck even after it had almost passed him.

In another video recorded after the shooting, the officer approaches one of the passengers of the truck as he gets out and onto the ground.

The officer is later seen in another video on a stretcher. Dallas police haven't released further details on his condition or how he was hurt but said they plan to interview him upon his release from the hospital.

His identity hasn't been released.

Attorney and cop Pete Schulte watched the videos with WFAA and gave his opinion.

"When you’re in that position, and a truck is peeling out at a very high rate of speed coming towards you…you may perceive a reasonable threat to your life," Schulte said.

"We don't know the information that the officer had on the suspect, whether he was armed and dangerous or any other details regarding the moments before the shooting."

Schulte did point out that the tactics of the arrest appeared sloppy, that it would have been easier to make an arrest when Moreno got on the road again.

He also admitted that the video is troubling, and the lack of information coming from Farmers Branch and Dallas Police isn't helping.

"It concerns me without knowing more from them. We need them to explain why this took place the way it did and I wish they would put more information out to quell this concern," Schulte said.

In their initial statement, Dallas police said the officer fired the shots after officers approached the truck and the driver began to pull out from the parking space.

At the start of one of the videos, it appears there's someone just outside the passenger side of the truck. Neither police nor family members have identified that person.

Meanwhile, the family says they hope to get a copy of the police report.

"I'm mad and sad," said his daughter. "He was a good man...he never meant to die like this." Moreno also has another 5-year-old boy.

Following the news conference, the Farmers Branch police Chief David Hale said he plans to meet with family members and the mayor on Monday.

Quintanilla said he plans to ask for information regarding the department's protocol on excessive and deadly force.

Since the shooting happened in the city of Dallas, the Dallas Police Department's Special Investigations Unit is investigating the shooting.

Quintanilla pointed out this is the second officer-involved shooting out of Farmers Branch in which a Latino male was killed.

In March 2016, a then-Farmers Branch officer, Kenneth Johnson, shot two teenagers after he spotted them breaking into his SUV in his apartment complex.

Johnson admitted he got into his SUV and pursued the teens when they attempted to leave the scene. After hitting their car with his SUV, Johnson got out of his vehicle and fired 16 rounds.

Jose Cruz, 16, died from his injuries at the scene. His friend, Edgar Rodriguez, also 16 at the time, survived but was struck in the ear and lost a finger.

Johnson was off-duty at the time of the shooting. He was sentenced to 10 years in prison.