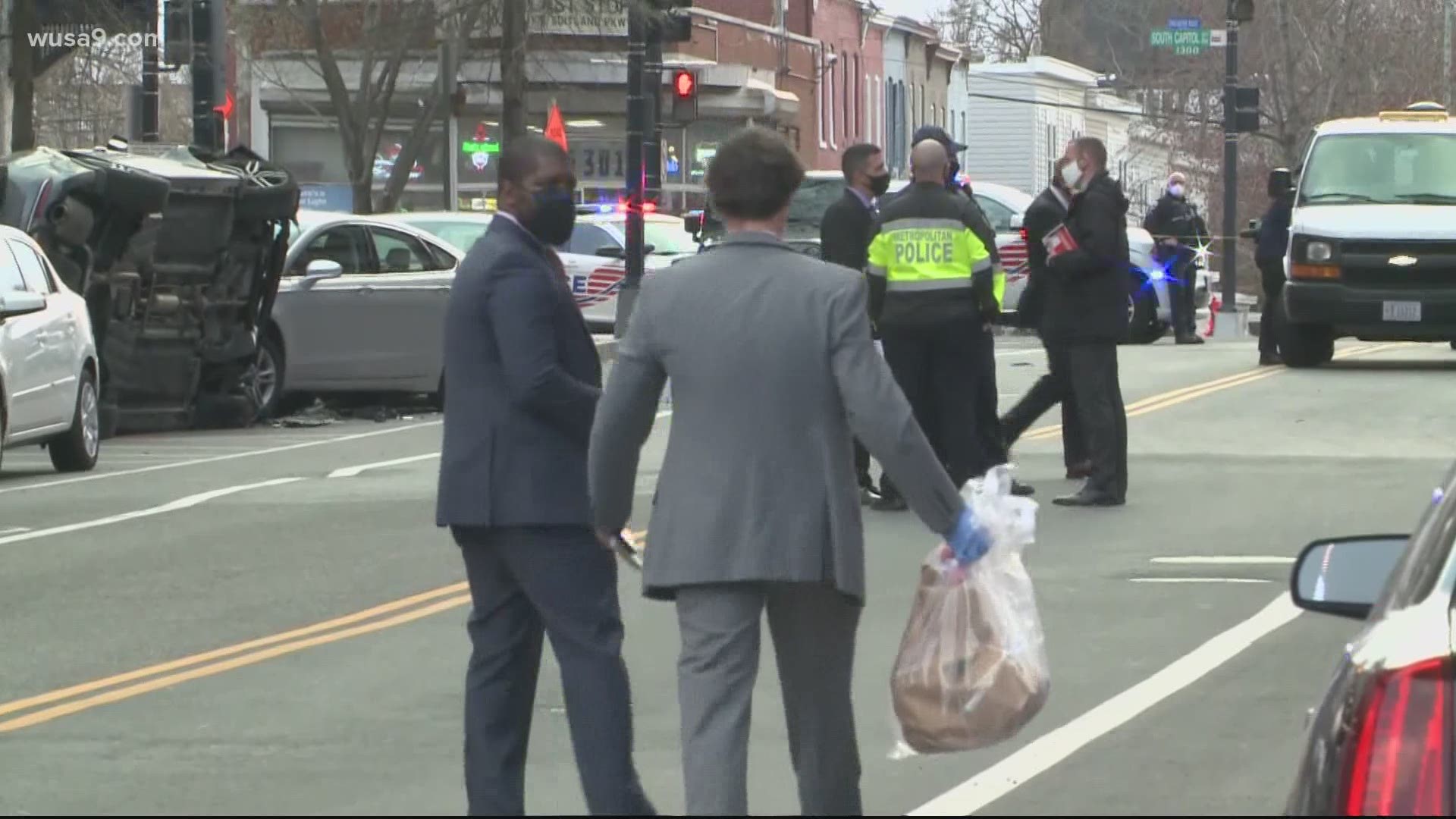 WASHINGTON — A pair of teenage girls are scheduled to appear in juvenile court Wednesday following their arrests for suspected roles in a carjacking in D.C.'s Navy Yard community that left 66-year-old Muhammad Anwar dead.

The Metropolitan Police Department arrested the girls, aged 13 and 15, last week, and charged them with felony murder and armed carjacking. Police say the two girls tried to take Anwar's truck using a Taser, which resulted in a rollover crash.

In court last week, MPD detectives showed a video of one of the girls screaming “He has my phone!” as Anwar, an UberEats driver, yells “They’re trying to take my car!”

The video in court also showed that one of the girls made their way into the driver seat of Anwar's car, while the other in the passenger seat jams the car in gear as the Honda speeds off.

An MPD detective says one girl admitted going to Navy Yard station with the intent to steal a car. She blames the other girl for jamming the car in gear, swinging the steering wheel, and crushing Anwar to death, according to the detective.

The deadly carjacking has left the Anwar family devastated. An online fundraiser for the family has raised more than a million dollars as of Wednesday, March 31.

RELATED: 'His death is immeasurable' | Family of a Pakistani immigrant mourns his death after he was killed in a Navy Yard carjacking

The crime is just one of a wave of carjackings committed by kids in the District. D.C. Police are reporting a surge in carjackings throughout the city, with the majority of arrests so far involving children.

There have already been more than 100 carjackings reported in 2021, according to police data, compared to 22 this time last year.