Police are searching for a suspect they said was last seen going southbound on Eastern Avenue. 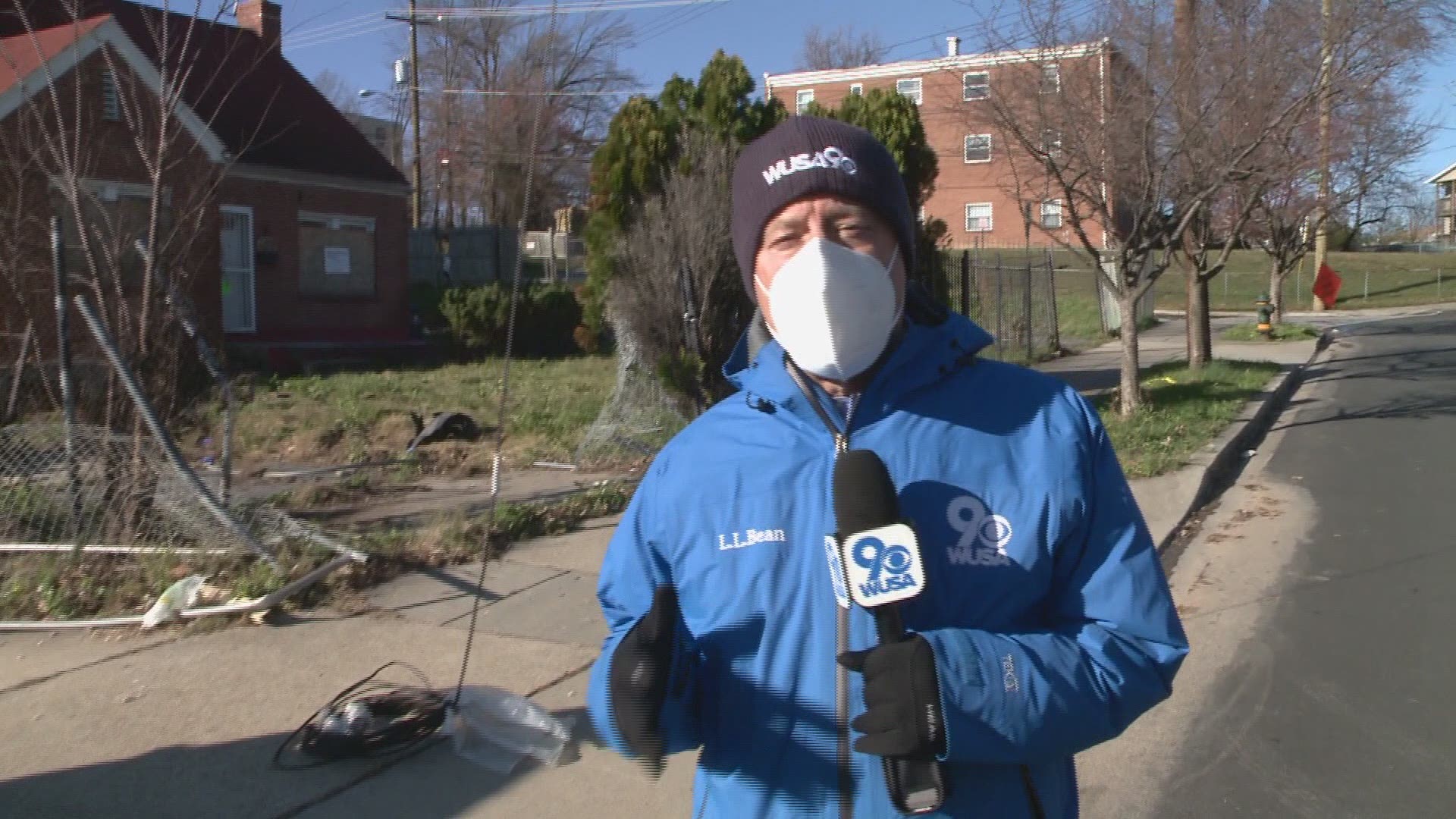 WASHINGTON — D.C. police are searching for the killer of a woman shot to death early Wednesday morning while sitting inside her car.

Police said Shalonte Pearson, 24, was shot in the head in Northeast D.C. The incident happened on the 400 block of 61st Street between Dix and Eads Streets just before 1 a.m., police said.

When officers were called to the scene for the report of a car crash, they found Pearson, of Southwest D.C., shot inside of a car. Police said Pearson was taken to a local hospital with a gunshot wound to her head, but doctors were unable to save her.

Police are searching for a suspect who they said is a man in his early 20s. The suspect was seen wearing a brown hooded sweatshirt and blue jeans, police said. He was last spotted going southbound on Eastern Avenue.

Neighbors said they've had a lot of trouble on the street.

"It's not the first time," a woman said speaking through her Ring doorbell. "My heart goes out to the family. Any young person that gets killed, it's just senseless."

A friend said Pearson was a kind person who never bothered anyone.

Pearson's LinkedIn profile says she's an IT intern at DC Employment Services, but a spokeswoman for the department says she was a "program participant," never an employee or an intern.

Her last known address is a swanky apartment at The Wharf in Southwest D.C. WUSA9 has been unable to reach any of her relatives so far.

D.C Police data show there have been 85 homicides in the 6th Police District so far this year -- almost 30 more than at the same time last year.

Police are offering a reward of up to $25,000 to anyone that provides information that leads to the arrest and conviction of the person or persons responsible for any homicide committed in the District of Columbia.

Anyone with information about this case is asked to call the police at 202-727-9099. Additionally, anonymous information may be submitted to the department’s TEXT TIP LINE by sending a text message to 50411.

The investigation is ongoing.

The victim was rushed to the hospital where she was pronounced dead.

Police have a vague description of the suspect but believe he is also in his 20s. He was last seen going southbound on Eastern Avenue. @wusa9 #GetUpDC pic.twitter.com/4uFnHaVAw2