Organizers of The Big Dam Bridge 100 and the county found a way to reroute the tour away from Highway 300. 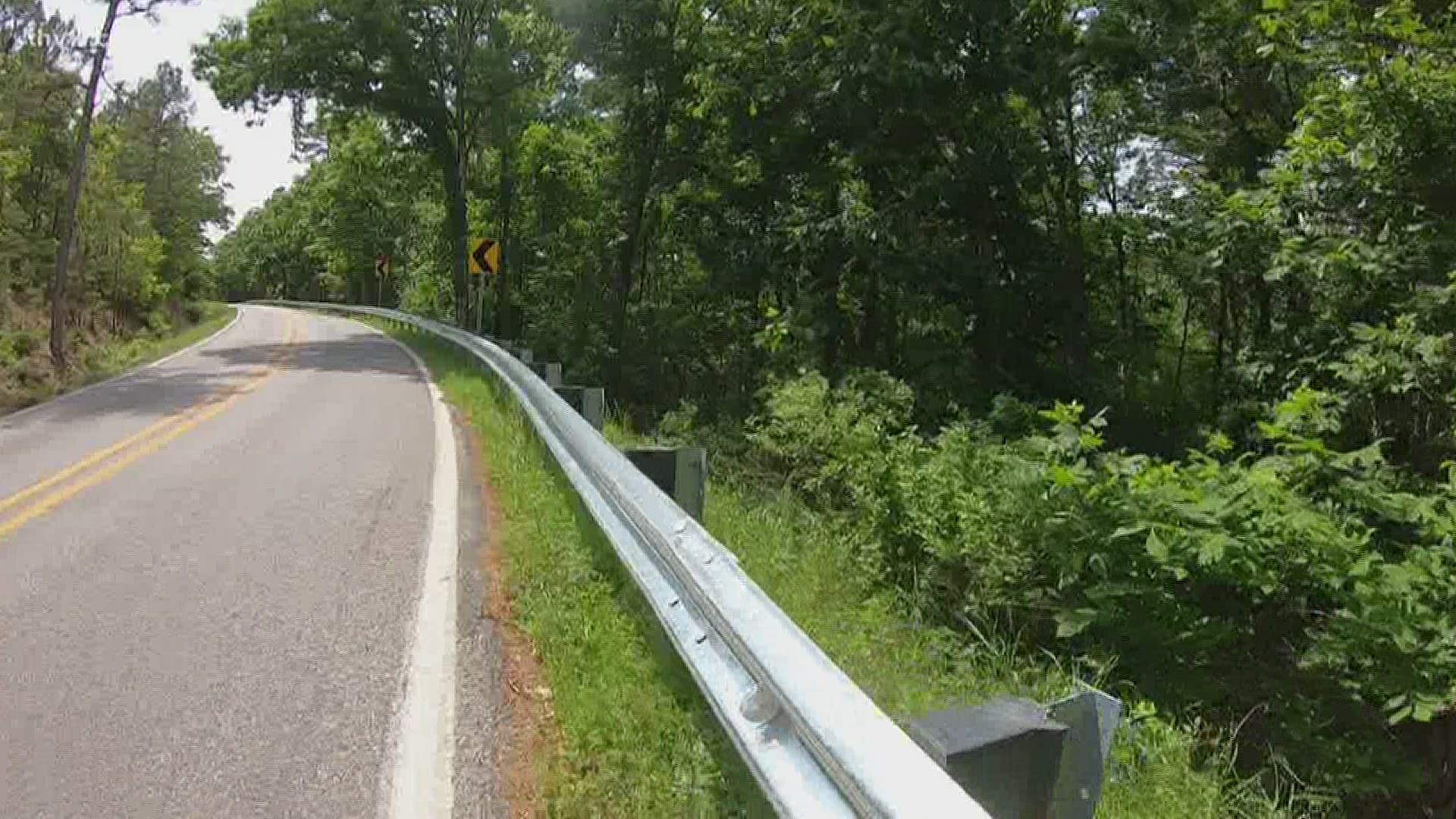 ROLAND, Ark. — A dangerous and deadly curve on Highway 300 as it snakes up to Wye Mountain in far western Pulaski County now has a guardrail seven months after a cyclist in the Big Dam Bridge 100 died after careening off the road and down a ravine.

The protections stretch over about a quarter-mile of the highway that's part of the Arkansas River Trail. Other switchbacks and curves make the entire incline challenging for cyclists and drivers alike, but residents who live there say they found difficulty convincing officials something needed to be done.

"The people of Little Italy and Wye are very happy with our new guardrail," said Kristy Eanes, a resident who spearheaded the push to improve safety on the road that takes days to get to her home near the top of the hill.

"We live really close to the curve and have heard the accidents and have shuddered when we heard these," she said.

The loudest crash here came not from a car, but from a bike, when 54-year-old Jim Krause died last October while participating in the annual 100-mile tour.

Soon after, the 11News Investigations team met Michael Desselle, who survived a strikingly similar crash in 2011.

But when a driver sent her car over the edge of the road earlier this year, it got the attention of Pulaski County Judge Barry Hyde.

"It immediately started getting a lot more focus and a lot more attention," Judge Hyde said. "We started talking with the area [Arkansas Dept. of Transportation] engineer for this district."

Judge Hyde found out what our investigators discovered as well through Eanes. No one had a good idea of just how dangerous the curve was because not all types of crashes and mishaps were being classified in any organized way.

"We found that when we had done traffic accident searches on the area, that reporting wasn't necessarily consistent in how the system really operates," said Judge Hyde. "So we didn't have an actual view of how many accidents had occurred here."

RELATED: Safety in question during Big Dam Bridge cycling event over the weekend

Getting an accurate count stood in the way of justifying the costs of protecting the treacherous stretch, which threatened to skyrocket because of a lack of shoulders on the side of the road.

But the state brought in an engineering firm that came up with a solution that didn't require filling part of the ravine. It also proved cost-effective.

"they gave us the estimate and you know we were all happy with that," the judge said.

Now there are more signs on both sides of the road, cycle-safe rumble strips are on the approach and the shiny guardrail glows in the dark along the whole stretch.

Eanes could see more work done to fill in a ditch on the downhill side of the road, but is happy for the work done by state and county crews.

"I do believe this is going to go a long way in preventing a lot of the accidents we've seen," she said.

Organizers of The Big Dam Bridge 100 and the county also found a way to reroute the tour away from Highway 300. Recent paving of Ross Hollow Road will allow cyclists on the longer versions of the tour to ride through the Wye Mountain area. It will add about five hilly miles to the course when the event returns Sept. 27.