Deputy Warren Hobbs shares how he remembers the day he suffered a cardiac arrest while working in the Gwinnett County jail. 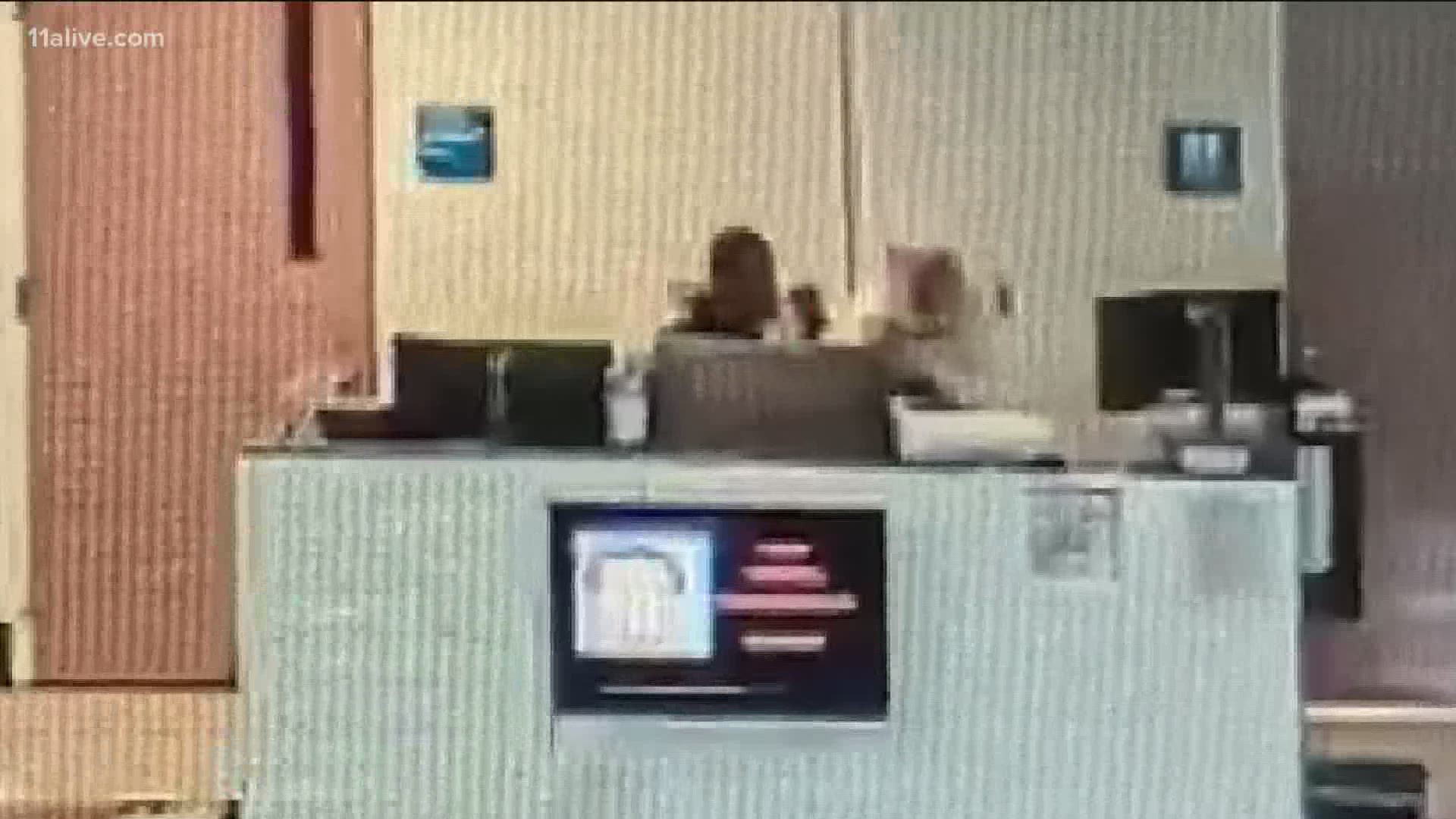 GWINNETT COUNTY, Ga. — Gwinnett County Sheriff's Deputy Warren Hobbs is back at work after suffering from cardiac arrest while on the job last month. The deputy is now sharing how he remembers the day that inmates came to his aid when he became unconscious.

"If Smalls hadn't been awake that day and saw me, this would probably be a whole different story," said Hobbs, in reference to one of the three inmates who came to his rescue.

Last month, Hobbs was conducting rounds in the jail house unit, when inmates noticed that he "was not looking well." As Hobbs got back to his desk, he lost consciousness and fell on the floor splitting his head open.

An inmate, Mitchell Smalls, saw Hobbs collapse and began banging on his cell  alerting the rest of the 60 inmates to also make noise. Deputy Hobbs said the noise was enough to wake him.

"It sounded like the drums from that movie - Jumanji. And I woke up and thought that an inmate needed help," said Hobbs.

Hobbs pressed a control panel to open the cell doors of Terry Lovelace and Walter Whitehead's room. That's when the pair rushed to the deputy's side as he went unconscious again.

“The next thing I knew I opened my eyes and saw a room full of deputies and medical staff," added Hobbs.

He was taken to the hospital and then recovered at home for several weeks before returning back to work. His first day back was last Wednesday and he said he was welcomed with a surprise.

"The inmates in the housing unit welcomed me back with a round of applause. They were just glad that I was back and OK," said Hobbs.