Are tornado sirens outdated? Arkansas county potentially phasing them out

The sound of tornado sirens going off could soon be a thing of the past in Drew County. 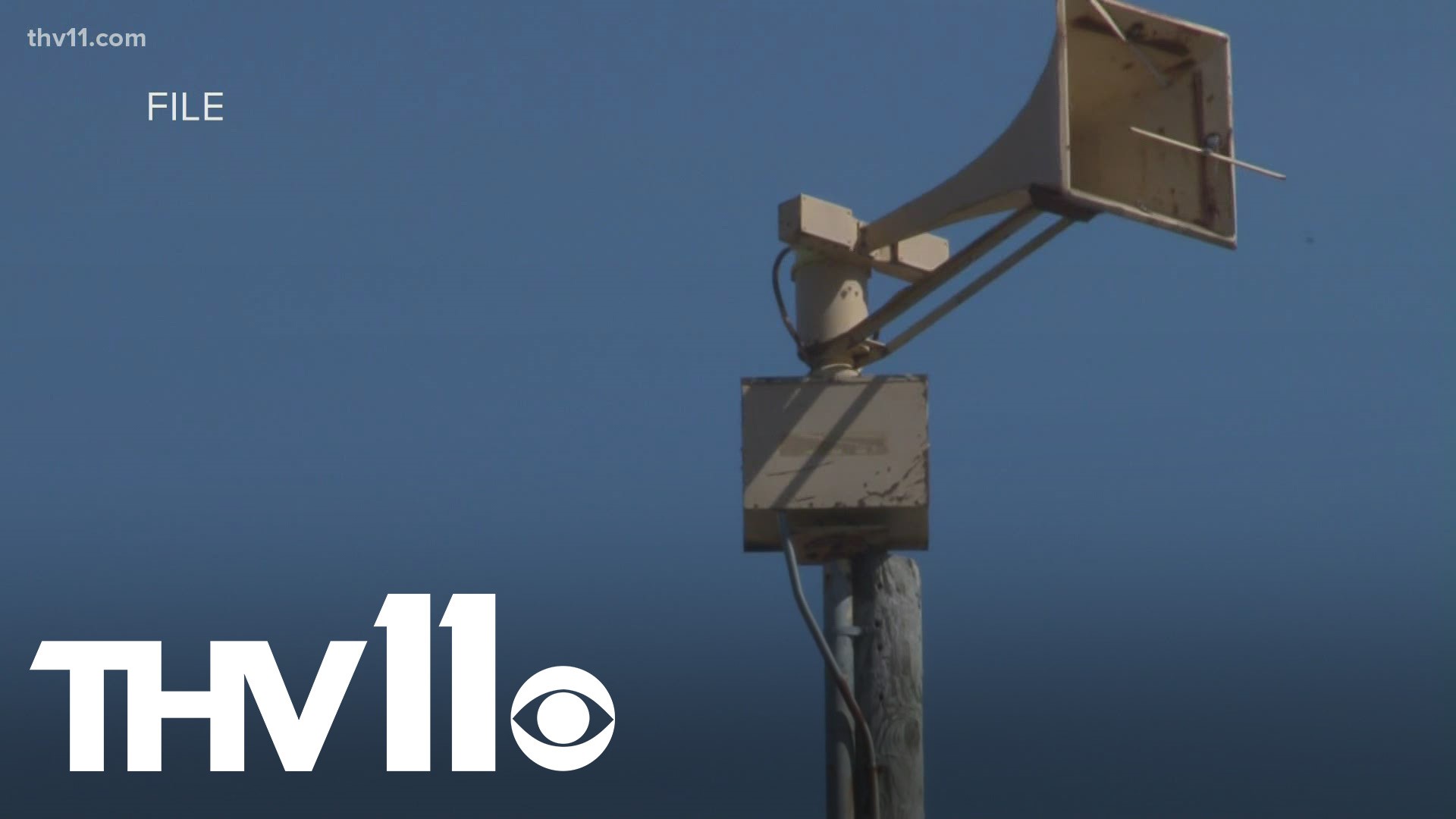 LITTLE ROCK, Ark. — The sound of tornado sirens going off could soon be a thing of the past in Drew County.

"Our plan is to phase them out by December 2022," Jessie Griffin said.

Griffin with the Office of Emergency Management proposed the idea. He often hears complaints people cannot hear the sirens going off inside their homes.

"If the winds blowing the wrong way you won't hear them. Or if you're inside, you're not going to hear these sirens unless you open the door," he said.

He instead wants to invest more into a text message and call alert system. He believes tornado sirens are outdated. The system is high maintenance and require almost daily upkeep.

"But, you're going to hear that telephone go off," Griffin said.

A call system is already in place in the county. Griffin wants to make it even better.

"We send out alerts across that. We can do that from here in the office," he said.

Even if someone does not have a cell phone, they will still get alerted.

"A lot of older people don't have telephones, they don't know how to use a smartphone, but they have a house phone. House phones you can also get that message with a ring," Griffin said.

"It's what best for the people in the county and we'll present it to the city council and the quorum court and they'll decide what to do," Griffin said.

The quorum court will vote on this resolution on Monday, April 12. A member can make an amendment to it.

Because some of the sirens are located in Monticello city limits, those sirens would not be included in this resolution. City council members would have to vote to phase them out separately.