Taylor Swift has been sending health-care workers care packages, thanking them for their hard work during these times. 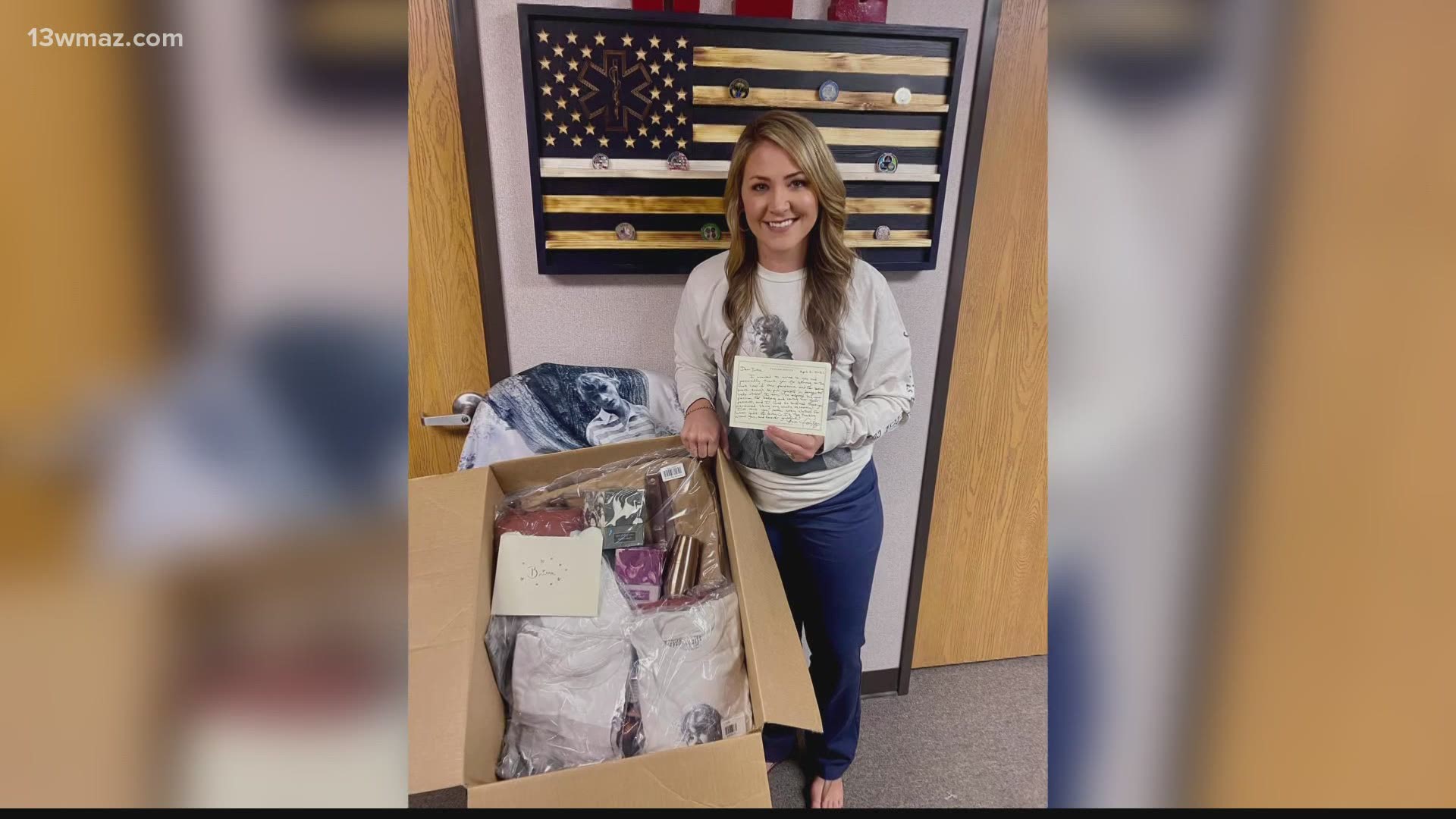 DUBLIN, Ga. — Britta Thomason is saving lives literally one flight at a time..

Not only is Thomason a flight nurse, she is also the program director for the Air Evac Team in Dublin.

"I love it, it's the best job I've ever had. I couldn't think of anything else I'd rather be doing," Thomason said.

Thomason says being a front-line worker during the pandemic was an adjustment, but the patients make it all worth it.

"Ultimately knowing that you were providing care for them and getting them to the place that they needed to be to get better, that's pretty comforting, knowing we were doing what was best for them," Thomason said.

In March, Thomason did an interview with the Telegraph newspaper, talking about her job and her passion for helping people, "And I was casually asked what I did when I wasn't working, and I said I was a big Taylor Swift fan, like a total "Swiftie," always have been," Thomason said.

Taylor Swift has been sending health-care workers care packages, thanking them for their hard work during these times.

Thomason is one of them. She thought it was too good to be true until she opened the letter inside the package.

"It says, 'Dear Britta, I wanted to write you and personally thank you for serving on the front lines of this pandemic and for being brave enough to put yourself in danger to help others,'" Thomason read to her co-workers.

Taylor Swift also wrote that she was inspired by Britta.

That meant a lot to her, because she feels the same way.

"I'm the same age as her -- I am a 1989 baby, I grew up with her and I just feel like the stages of life she was going through and singing about, well, I was right there with her," she said.

This is a feeling that Thomason will never be able to shake off.

"One of my best friends is getting married soon, and they all know if they don't play 'Shake It Off,' I'm probably not coming," said Thomason.