Hundreds in Montgomery County turn out for dueling rallies over immigration

At issue: How Montgomery County works with federal ICE officials. 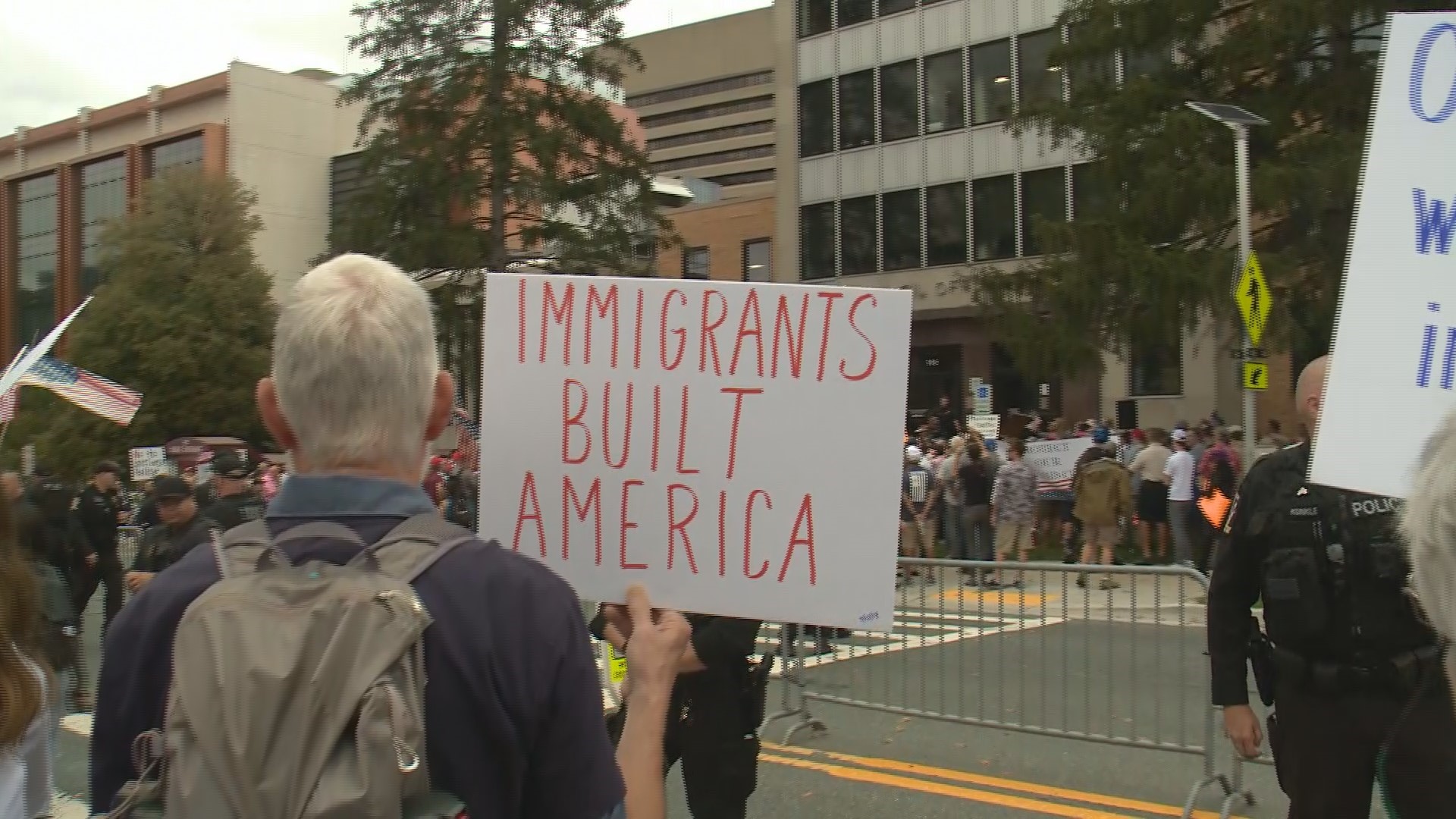 MONTGOMERY COUNTY, Md. — Laurie Halverson took to the steps of Montgomery County’s office building at noon Friday as part of a rally by the organization ‘Help Save Maryland’. The group was protesting an executive order created in June that spelled out how the county deals with federal ICE officials.

"We’ve had so many rapes that have occurred, Halverson said. "That we know about, and we don’t know how many have occurred before then, that were through illegal immigrants -- and we’re just so concerned about the safety of all of our citizens.”

Jonathan King attended the protest with his son. King said the order doesn’t go far enough to crack down on illegal immigration.

"The people who’ve been ruling us in Montgomery County have been shoving this stuff down our throat, they say it’s OK, it’s good," King said. "And it’s not okay, there are laws that are being broken."

That protest sparked a counter-protest where just as many -- if not more people -- showed up to support immigrants in Montgomery County. Casa Executive Director Gustavo Torres said he’ll continue to push back.

"We are here sending a strong message of love, peace, and to make sure we are going to work together to make sure we keep Montgomery County as diverse as it is," Torres said.

The county reiterated Friday it’s not acting as a sanctuary city, and it will continue to cooperate with ICE. County Executive Mark Elrich added that it also doesn’t think it’s necessary to target illegal immigrants -- because he doesn’t it would make the community safer.

"You shouldn’t be focusing on seven rapes -- there were like 500 in the county last year," Elrich said. "Our number is actually going down over the years so it’s hardly, for having the growing immigrant population and we’ve got declining crime -- but these two things don’t match with their narrative."

Counter-protesters said they're already planning to show up in full force for a second rally planned in Frederick, on Oct. 6. 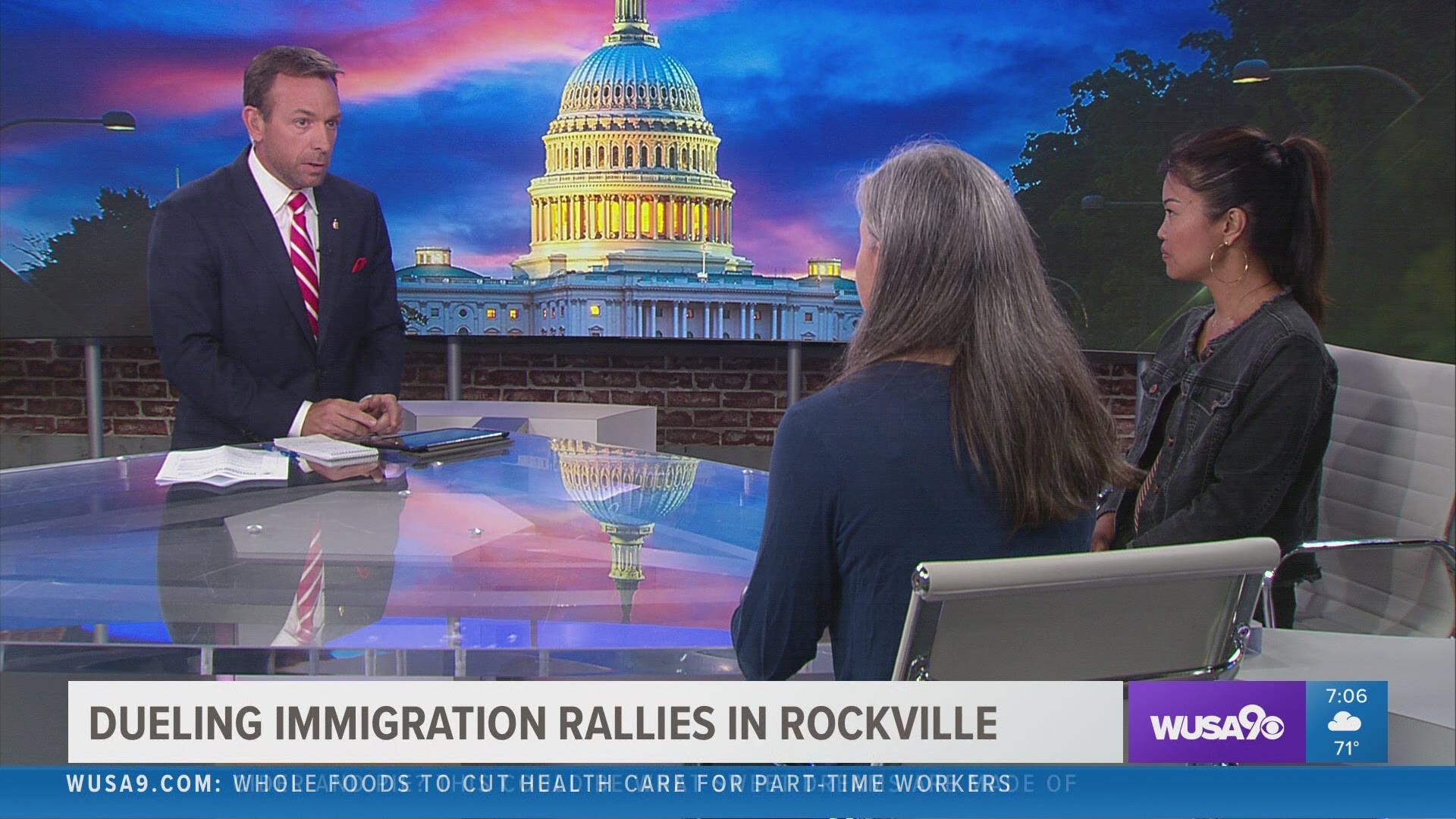 RELATED: 'It's not what America stands for' | Activists protest ICE, detention centers outside ICE headquarters