Activist groups urged Duval County Schools to change the names of schools that are named after controversial historic figures such as Confederate leaders. 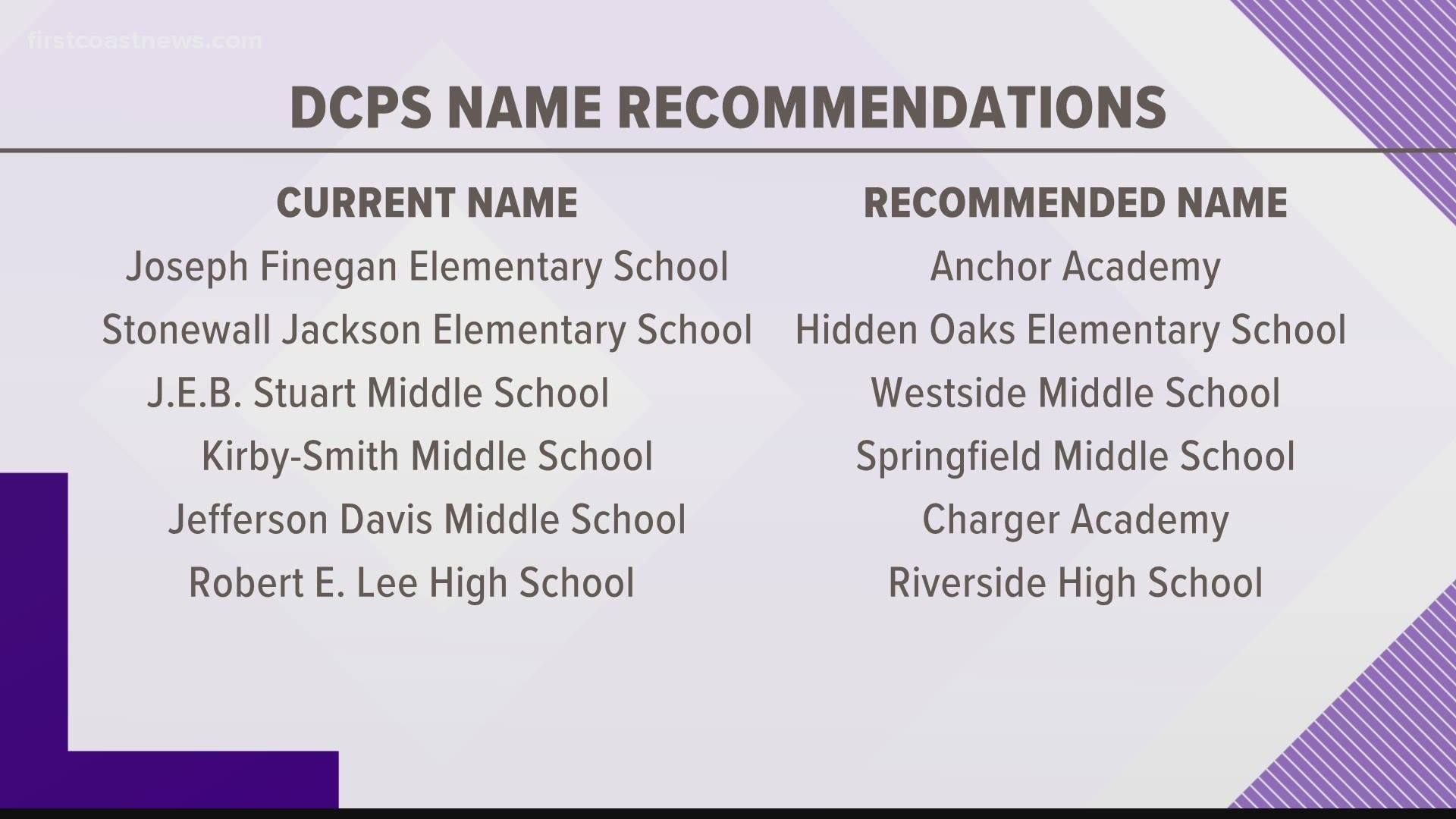 The names were released via email Tuesday in a press release from DCPS.

The release says Greene is not recommending changes to Jean Ribault middle and high schools and Andrew Jackson High School.

“I want to thank all of the people who participated in this process, and I want to thank the school leaders and district employees who have managed this over the last several months,” Greene said.

“We’ve had dozens of meetings, hours of public testimony and thousands of votes. All of this input has helped shape my recommendations, which I will discuss publicly with the Board next week.”

For the past several months, local activist groups have urged Duval County Schools to change the names of schools that are named after controversial historic figures, most notably leaders of the Confederacy.

Ben Frazier is the president and founder of the Northside Coalition and was a big part of the push behind the school name changes.

“We need to actually reach out and touch the vision and the dream of racial justice and inclusion," Frazier said. “We don’t think that students should be forced to go to a school, a school named in honor of people who fought to keep us in chains.”