What started as a peaceful protest in downtown Dallas last July, quickly turned into chaos when a lone shooter opened fire on police officers. 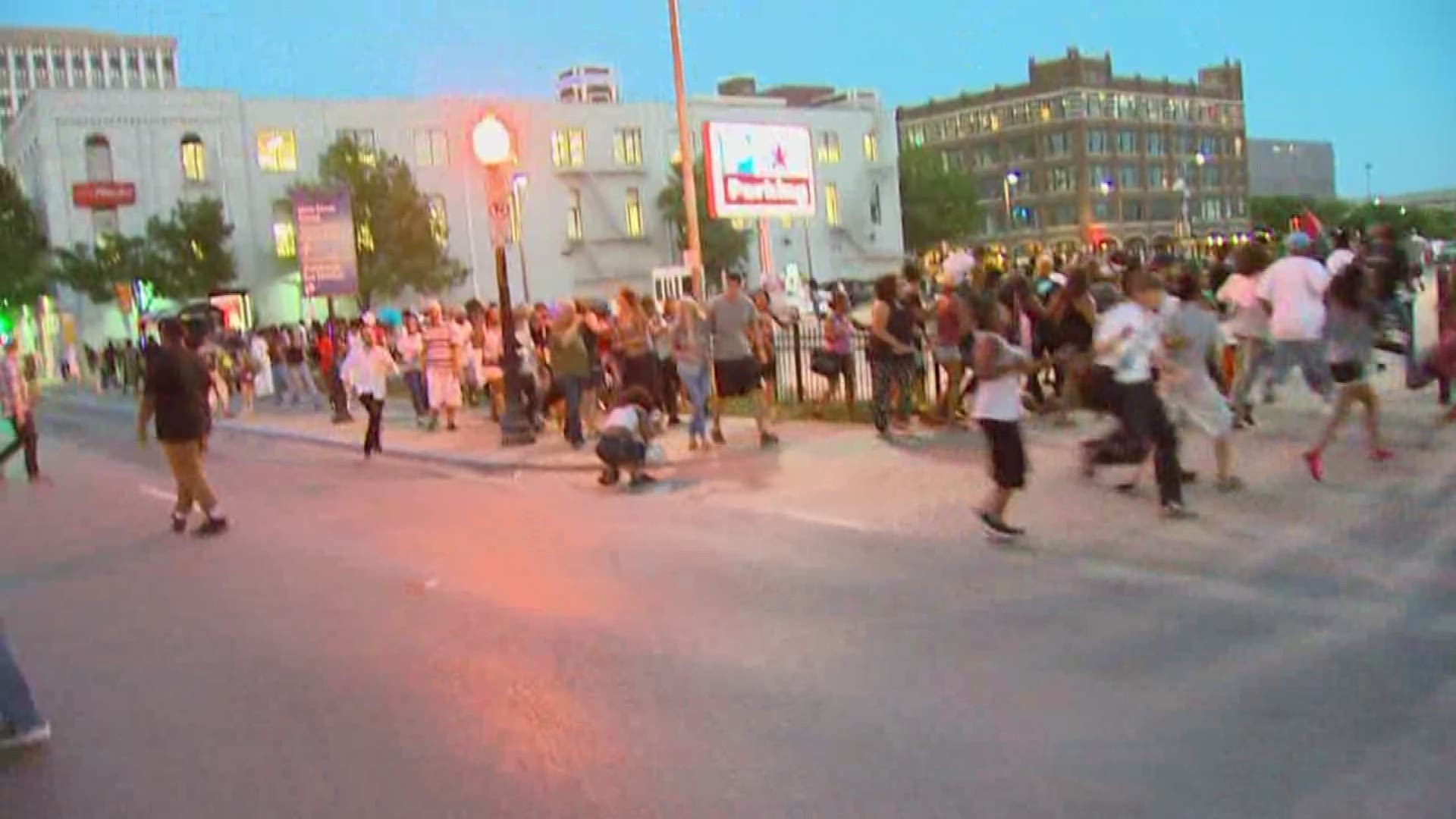 What started as a peaceful protest in downtown Dallas last July, quickly turned into chaos when a lone shooter opened fire on police officers.

El Centro College police officer John Abbott was inside the school when he heard the shots.

“I just wanted to get a hold of this guy for what he was doing,” Abbott said. “I wanted a piece of him.”

At first he couldn’t see the shooter. He didn’t know where the bullets were coming from and never knew officers were the targets.

When Officer Abbott heard the shots, he ran toward the Lamar Street entrance, he said.

“I attempted to push out several times,” he said, “And was driven back by gunfire.”

Among the five officers killed were two of his friends: Dallas Police Officer Patrick Zamarripa and DART Officer Brent Thompson.

Thompson was killed in between the pillars of El Centro. With lacerations on his leg from broken glass, Abbott tried to run outside and save Thompson, but couldn’t.

“They continued to fight for the people of Dallas, for everybody,” he said. “That would be the thing that I would like people to remember the most is that police are here to serve and protect them. Just give us the opportunity to do that.”

The man with the gun, Army veteran Micah Johnson, went inside the college, where he eventually barricaded himself before being killed by police.

Bullet holes and broken glass at El Centro College lingered -- a painful reminder of lives lost. Officers did manage to save 30 students and staff from inside the school.

“I was engaged with him or some aspect of it the entire night, the whole entire seven hours,” Abbott said. “This event has happened, it’s part of my life, it’s something that I accept, wouldn’t have expected it here, in the city, but it is something that will help better me later down the line. It’s nothing that I carry with me.”

As the one-year anniversary approaches, an officer, and a community, continue to heal.