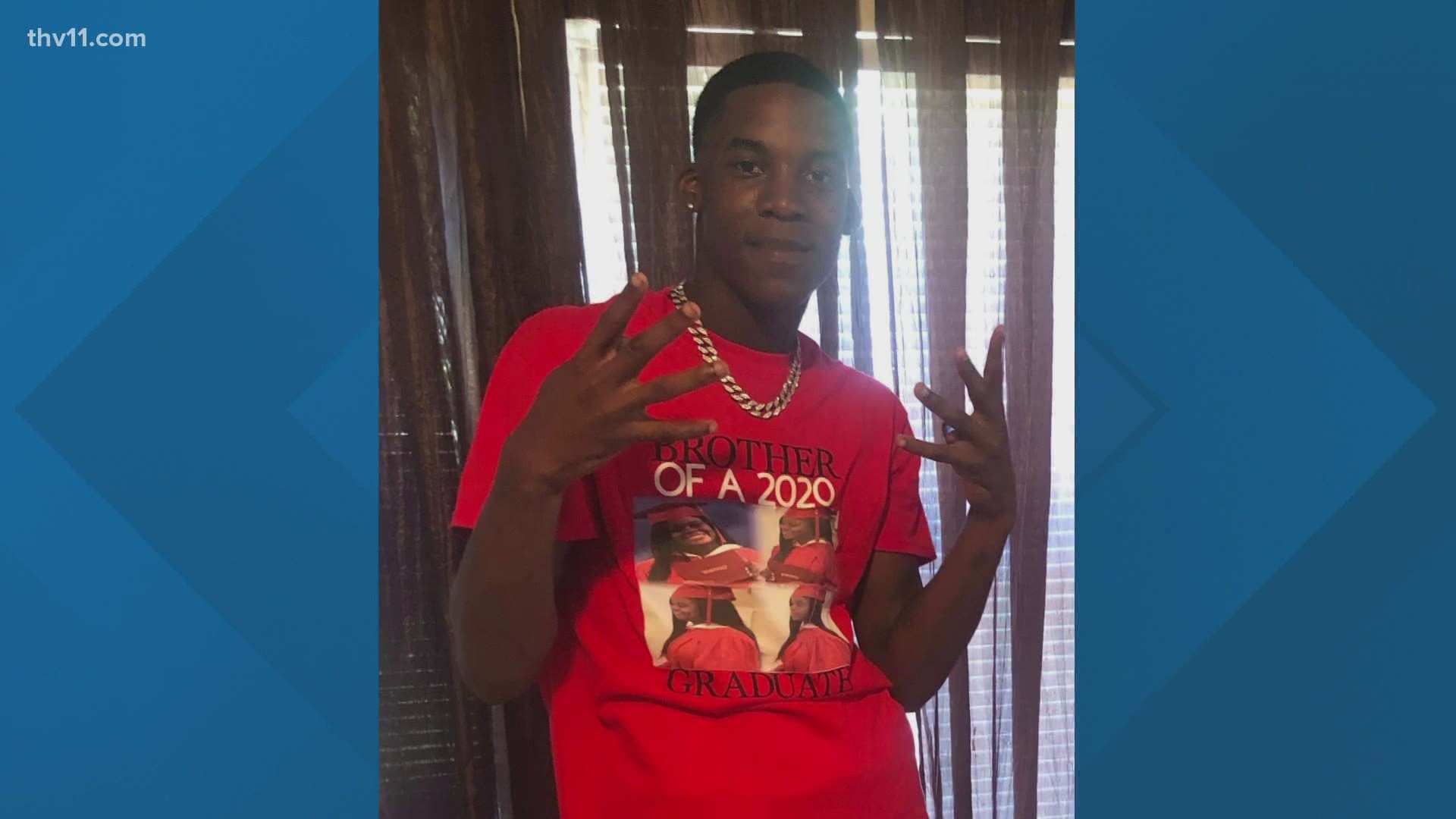 Emonya Moten, 17, died after he was shot outside a home at the intersection of 17th Avenue and Elm Street.

Police responded to the home at about 4:40 p.m. Thursday and found Moten lying outside.

A 23-year-old man was also shot, but survived his injuries.

According to a Pine Bluff Police Department spokesperson, detectives are still working to figure out who is responsible for the shooting and their motive.

On Friday, Moten's father and other loved ones returned to the scene of the shooting as they tried to make sense of what happened.

"My son laid out here and died and bled to death over something he had nothing to do with just because y'all want to sit up here and shoot at everybody," Edward Moten said.

Moten described his son as a "good kid" who loved basketball, dancing, and video games. He had just started his junior year at Pine Bluff High School.

The shooting that claimed his son's life was one of three homicides in Pine Bluff on Thursday. Though police say they don't have evidence to connect them, Moten is not convinced.

And as his family grieves, Moten has a message for the person who took his son's life.

"You know who you is, (sic) and you killed my son," he said. "And folks going to find you because you took something from me, from my heart because I'm hurting right now."

Anyone with information on Thursday's homicides is asked to contact the Pine Bluff Police Department Detective Division at 870-730-2090 or Dispatch at 870-541-5300. Tips can also be submitted through Facebook messenger.