'I got shot in my heart': Family of Sahara Temple shooting victim shares his last words

Out of 13 people shot outside Sahara Temple in Pine Bluff, Marquarius Williams was the first homicide victim of the night. 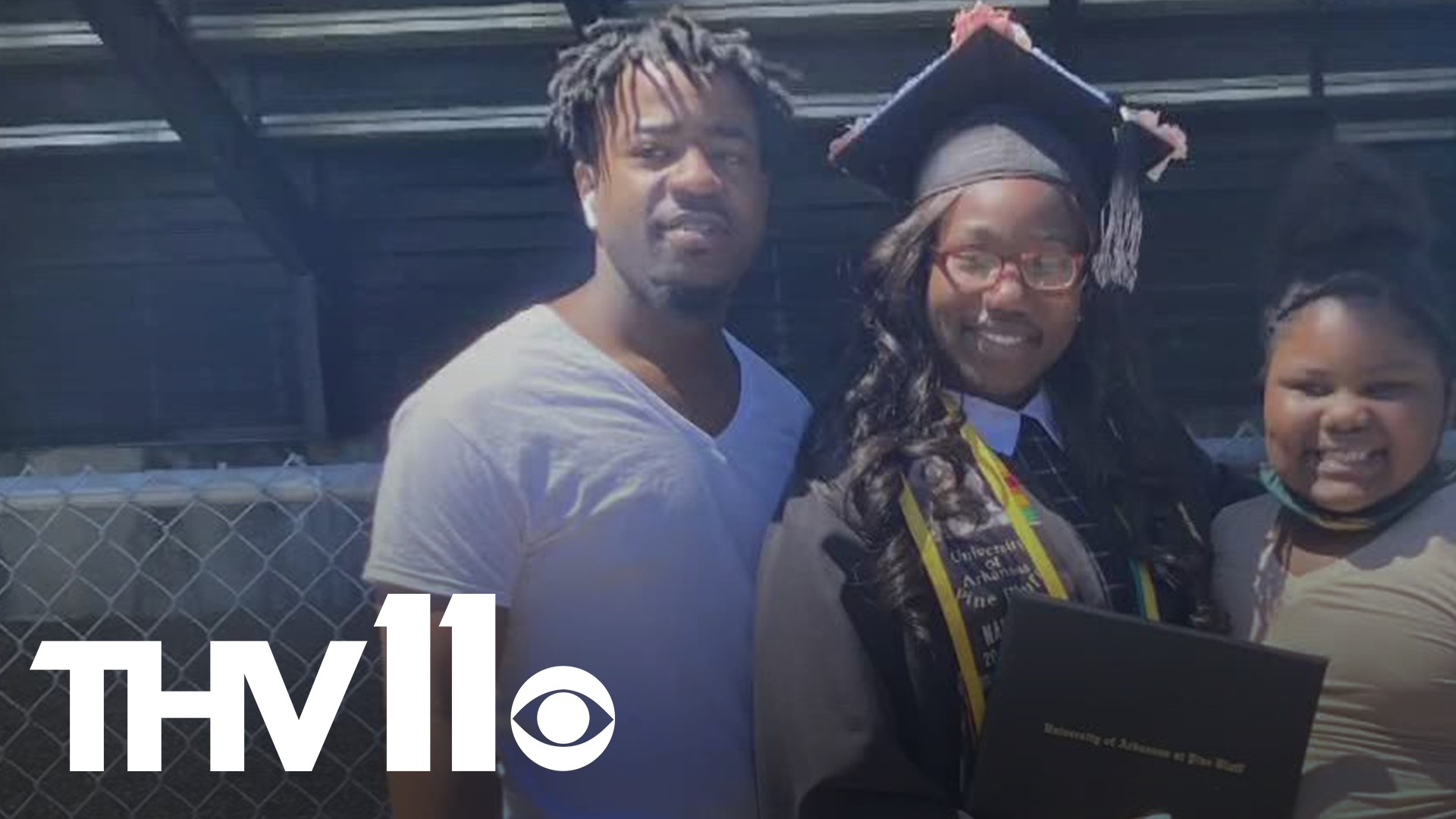 PINE BLUFF, Ark — Marshay Williams says she was texting her little brother 21-year old Marquarius Williams after midnight on Sunday while he stood in line for a party event outside Sahara Temple in Pine Bluff.

He wanted to go out and enjoy himself by celebrating UAPB's homecoming festivities after working so much, according to his family.

She breaks down in tears with her hands shaking as she talks about her brother's death while her family reminds her that he already knows she loves him.

Out of 13 people shot outside the venue, Marquarius Williams was the first homicide victim of the night.

Just hours earlier he was laughing and joking with his family.

They had no idea they would have to rush to his side to slowly see him dying.

Williams said it was weird because he was so full of life. He was always the life of the party.

A comedian in his own right, he kept smiles on everyone's face. He would do trendy Tik Tok challenges with his 7-year old sister, D'Nyah. He would also do dance videos on Tik Tok with his girlfriend, Mariah Tripp.

His mother, Katina Wright says there never was a dull moment with her son.

"He irk ya nerves like nobody else could. I mean, but he'll come right back and make you laugh. He'll bust a joke. Hit a dance," said Wright.

In a news conference Monday afternoon, the family sat as Pine Bluff police went through the latest on the investigation into the shooting hoping for answers.

The department focused on the officer-involved shooting that happened that same night but gave condolences to the victims and their families of the violent crimes. In a press release they stated:

Please understand this incident as well as the incident that followed at University and Pullen were serious incidents with multiple people hurt. It will take the investigative process some time to determine who is responsible for what. The name is being withheld at this time.

Wright and Williams privately spoke with officers about Marquarius. For their family, they only want one thing.

"Justice. Justice for my only son," said Wright.

VIDEO: “There was blood everywhere. He had on a cream hoodie. It wasn’t cream anymore. It was red.”