Farmers in Arkansas lost an estimated $205 million after major flooding

Flooding from heavy rainfall in early June has resulted in an estimated loss of $205 million for farmers across Arkansas. 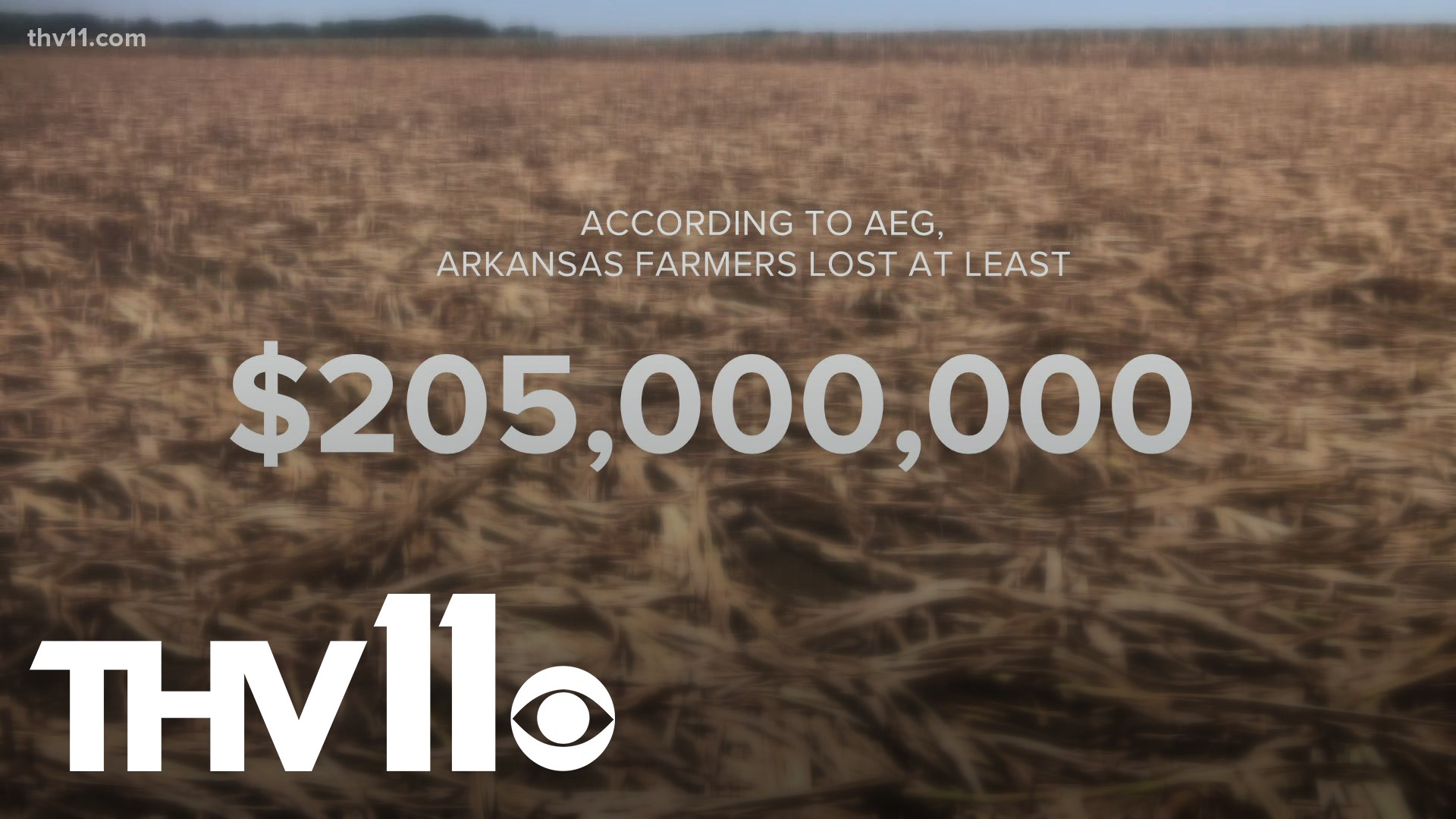 It's a farmer's worst nightmare. Fields of crops completely torn apart by flooding.

"Replant all we can. Try to salvage the corners of fields as best we can," Jacob Appleberry said.

Appleberry is a farmer in Tillar. He has about 100-acres of field that's still underwater. Some fields where the water has receded have to be re-planted.

"We ended up losing about 45 percent of our entire crop. There's guys that lost 60 or 70 percent," he said.

That number could still go up as more damage is assessed. Appleberry is still trying to figure out how much he lost.

"$100 thousand would be easy. Probably more like $300 thousand," Appleberry said.

Vic Ford is the associate president for Agriculture and Natural Resources at the University of Arkansas Division of Agriculture. He is worried about the mental health of farmers.

"It's a toll on the farmer and a toll on the family," Ford said. "That's their livelihood. Imagine going into a million dollars in debt and losing your job. That's what it would be like."

This is the worst flooding event Ford has seen for farmers. Soybeans were some of the hardest hit crops, along with corn. Appleberry himself lost about 100 acres of corn.

"I saw a lot of edges of fields and corn killed. I saw a lot of damage from the wind with corn where it looks like someone just cut it down and laid it down," Ford said.

The university estimates more than 600-thousand acres of farmland in southeastern Arkansas was damaged.

"About 300-thousand acres [of that] had feet of water. We're looking at total crop failure and don't know when that water will come off," Ford said.

Appleberry is doing what he can to try and make a profit this year.

"We just want a fair shake to be able to produce a crop and make enough money to support our family and do it again next year," Appleberry said.

Ford said he is concerned about Ashley and Chicot County, as they are south of where the flooding occurred. He said once the remaining water goes away, Bayou Bartholomew could flood.