Firearm ammunition is one of the more prevalent shortages that we've seen during the pandemic. It's not just affecting businesses, it's also affecting local police. 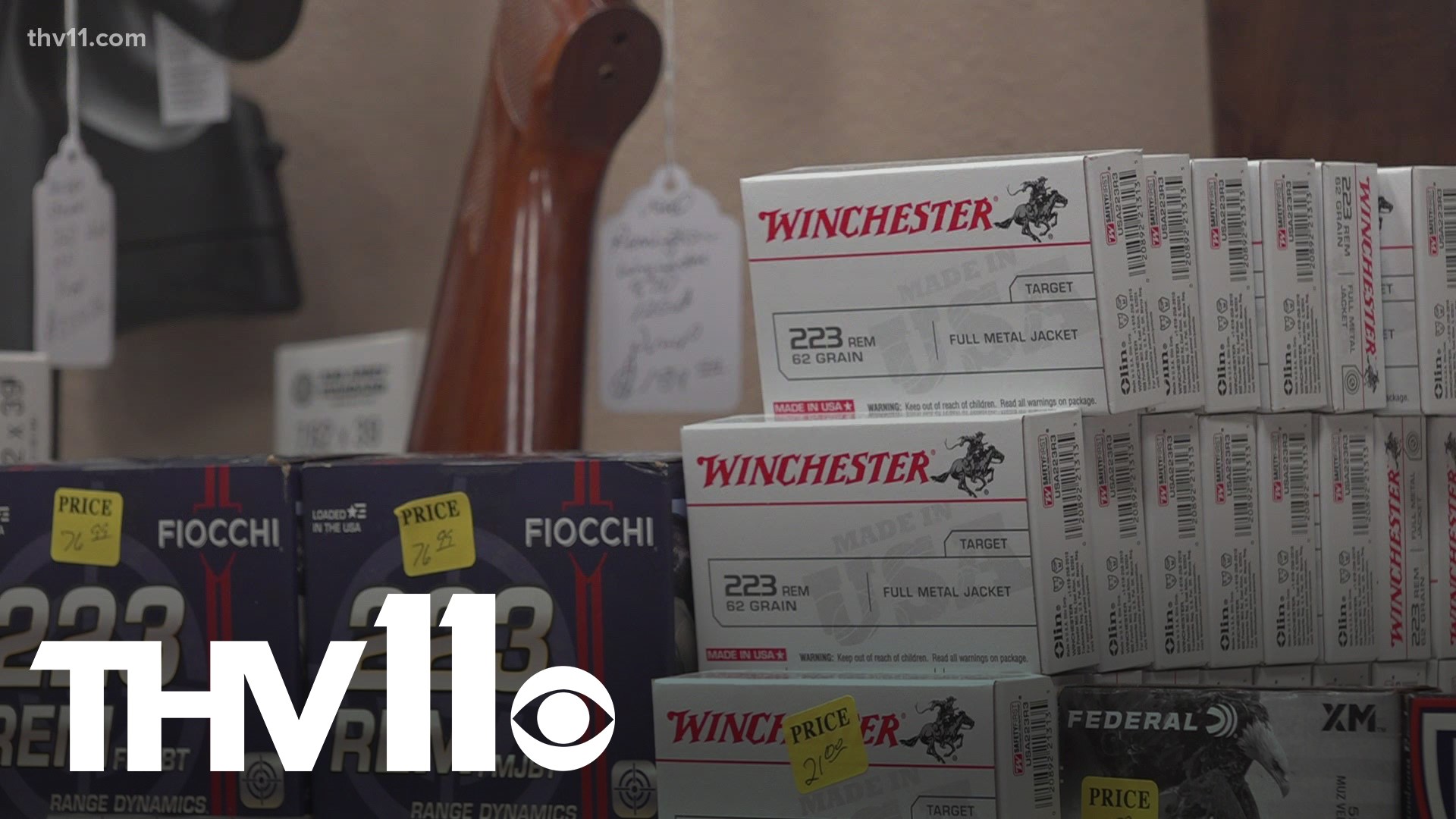 LITTLE ROCK, Ark. — Ammunition for firearms is one of the more prevalent shortages that we've seen during the pandemic and also one of the oldest.

"It's been tough to tell people I can't help them," Bryan Hearn, owner of American Tiger Firearms in North Little Rock, said. "This is the longest one I've seen."

That shortage hasn't made business any easier for him. Hearn said customers constantly ask when they may see a return to normalcy, but he doesn't have the answer.

Brought on by COVID-19 and manufacturing shortages, this shortage may hurt your wallet more than anything.

One box of ammunition costed $24 last year. It's increased by $7 since.

"Now it's $31," Hearn said. "All ammunition is going up, they're paying more for their lead and their components."

But it's not just consumers and firearm stores who are seeing the strain.

"As far as all products, I guess, this is probably the worst I've ever seen in my lifetime," Zachary Farley, President of the Little Rock Fraternal Order of Police, said.

"In the training environment, I would say they're exhausted trying to keep up," Farley said.

Farley said they buy in bulk – hundreds of thousands of rounds at a time, so losing even a fraction of that creates issues for them.

"If that wasn't a problem, then maybe there would be plenty to go around," Farley said. "But, like I said, we're not the only customer that they have to deal with."

So even though ammo can get added to the growing list of things suffering from a shortage of supply, Hearn said this will eventually go away but it may not be for awhile.

"They're not sitting back, hoarding it," Hearn said. "They're putting out what they can get out. While the demand is up, they're selling as fast as they can to get it out the door."