First day of training brings excitement and anticipation to Oaklawn

It's the first chance for horses to run the track that brings excitement for what promises to be a bigger, better season. 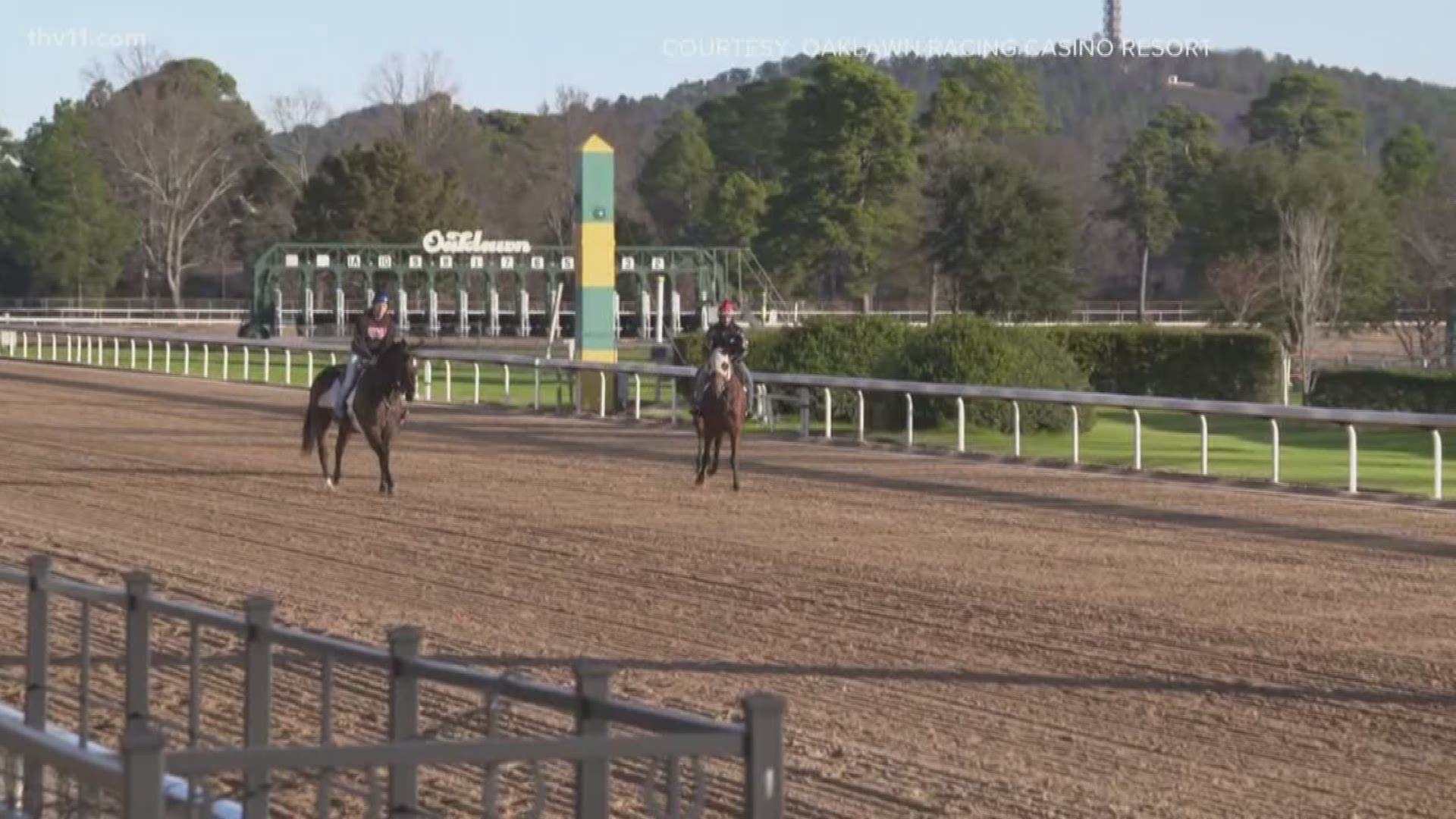 HOT SPRINGS, Ark. — The familiar sound of hooves thundering around the track could be heard in Hot Springs Monday.

It was the first day of training for the 2020 racing season at Oaklawn.

“I’m excited,” Staton Flurry said. “I wish they were loading them in the gate and starting tomorrow!”

Flurry, a Hot Springs native, was one of the first owners to put his horses on the track Monday. They have a few weeks to prepare before the race meet officially begins January 24.

Oaklawn plans to run an extended schedule for the second time, after lengthening the season into May in 2019.

“It was a little awkward at first,” Flurry mentioned, “just because of the downtime in between Churchill and Oaklawn starting up. But this year, we’ve kinda sent a few to the Fair Grounds, just to keep their legs stretched, and maybe get a start in there before we crank up for here at Oaklawn.”

As the 2019 season progressed, Flurry discovered that the new pace was good for his horses.

“It just gives them a little more rest time to kind of--if they have any small injuries that you really don’t notice, give them time to heal up and just feel good and be ready to roll on race day.”

The extended season also came with a change to the claiming rules. Flurry believes the introduction of a waiver claiming rule allowed some of the local owners a better chance to compete with the national barns.

“Especially for some of the Arkie-breds,” he stated. “You can start some of the Arkansas-breds for a cheaper price—say, in Iowa or Kentucky—then give them a little vacation, then start back here for a smaller-priced field and not worry about being claimed.”

The stakes will be higher on stakes days this season. Oaklawn will host four million-dollar races: The Rebel Stakes, Arkansas Derby, Oaklawn Handicap, and Apple Blossom Handicap. In previous years, only the Arkansas Derby offered a $1 million prize.

Flurry said the increase in prize money has led the sport’s top owners and trainers to bring their best horses to Hot Springs.

“You have to step up your stable competition, and just keep increasing the quality,” he stated. “The amount of horses you have here, too. You want to come in strong. Especially being from Hot Springs, this is where I want to perform the best at and have the most wins throughout the year.”

The combination of more money and more competition led to more people in the stands last season.

“You know, we had over 500,000 come through the gates last year,” Jennifer Hoyt, media relations manager for Oaklawn Racing Casino Resort, said. “That’s great. We had a record, 45,000-plus, come out for the Rebel Stakes Day, another 45,000 came out in the rain on Arkansas Derby Day.”

Weather permitting, Oaklawn plans to open its infield to fans on March 7, earlier than last year, which Hoyt said would create a more fun experience.

With better luck from Mother Nature, attendance could soar in 2020. At the same time, more people around the country are expected to pay attention to what takes place at Oaklawn.

“We got a lot of new attention from New York, I think partly because we had some national TV shows that covered our races,” Hoyt explained.

The horse racing spotlight landed on Oaklawn last March because of tragedy in California. Santa Anita suspended its racing season because of the number of horses that died on the track. Several of Santa Anita’s top horses moved to Arkansas, and Oaklawn officials decided to split the Rebel Stakes into two races and increase the prize money.

“I think we earned a lot of people’s hearts last year when we split the Rebel,” Hoyt said, “because we did that, not for our main purposes, but to help the horsemen. These are horsemen who had Kentucky Derby hopefuls and they were going to lose a race because of the cancellations of races out in Santa Anita. But we gave them an opportunity to run their horses, earn some points for the Kentucky Derby, and that won us a lot of national favor. Because, Oaklawn has always put racing first, and that just showed it on the national level.”

Construction at Oaklawn will continue through the racing season. An expanded gaming area is expected to open just before races begin, with a new high-limit section to open in February. Hoyt said the exterior of the planned 200-room hotel will be finished by January, but rooms are not expected to be available until the beginning of 2021.

While construction has impacted Oaklawn’s south parking lot, Hoyt said there will still be enough parking onsite and nearby, with additional shuttles to bring guests to the door. “Just plan and come early, you know, just like you do every year,” she said. “It’s a very popular event, and you’ll want to get here early and get your best spot!”