Grateful residents of Harahan, LA, helped spur on the workers by bringing them food and water to help the job go more smoothly. 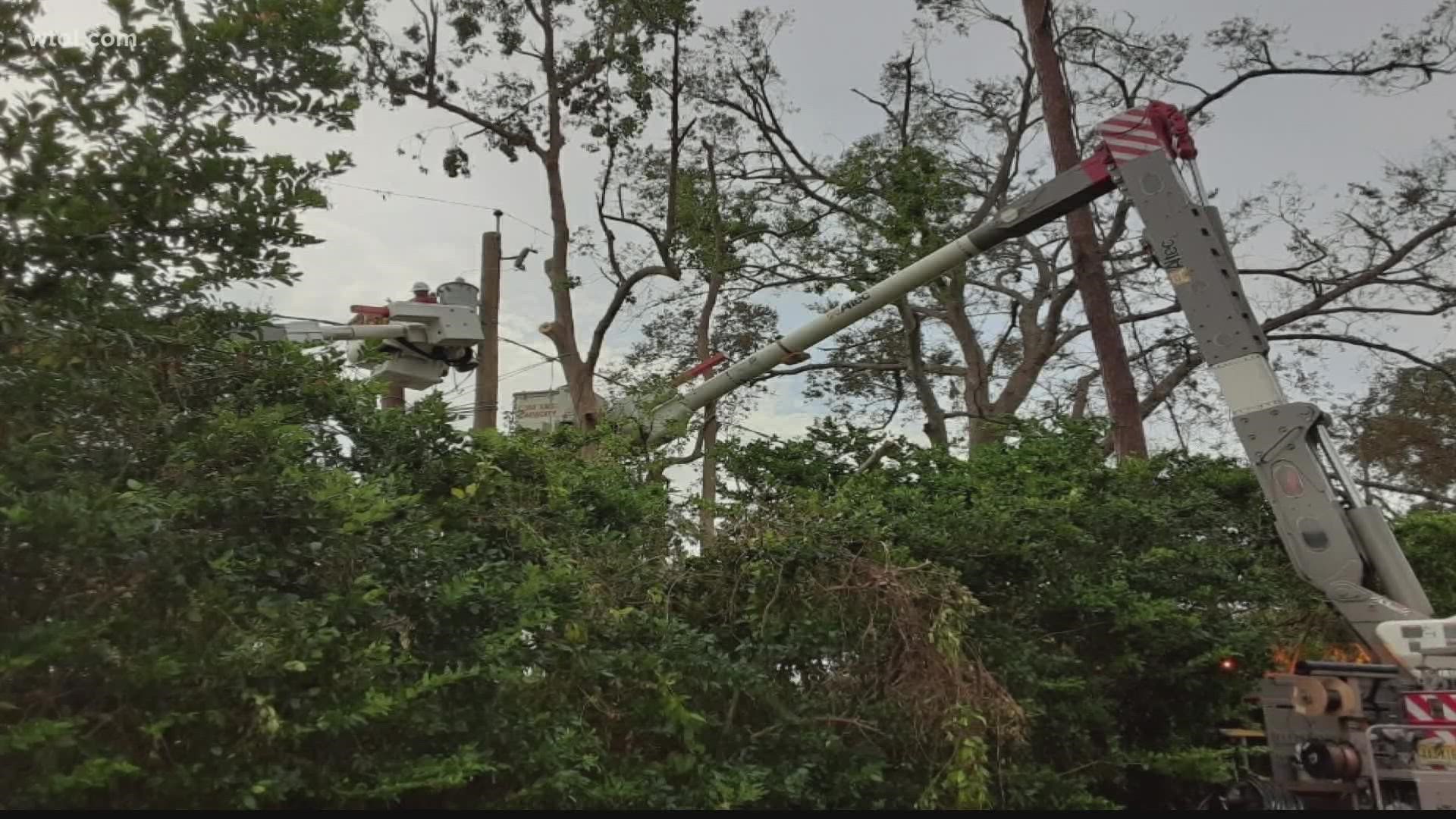 NEW ORLEANS — The levees held in the New Orleans area as Hurricane Ida swept through the area in late August. But the power did not. At one point, nearly one million customers were without power.

So, Toledo Edison and FirstEnergy put words into action and sent close to 550 lineworkers to the area to do their part in restoring power.

After just two weeks, the linemen can proudly say they have restored power to almost 10,000 people.

The mayor of Harahan said the hard work of the linemen, spurred on by the southern hospitality of the citizens helped the job go smoothly.

"We're very southern in our philosophy here in Harahan. And we believe in getting out. We brought water to them every morning. We brought them ice. And we wanted to let them know that we appreciated them," said Mayor Tim Baudier.

The city of Harahan had also made a deal with the linemen - get the power back up and they'd feed them home-cooked jambalaya.

Harahan ended up being the envy of the region - at one point being the only city in the New Orleans area to have power restored.

The workers, many from Northwest Ohio, say they hadn't seen damage before on this scale.

"Seeing the damage and the devastation impacts you differently when you're here to see it in person. The amount of damage to this area, even as we started driving into New Orleans from the middle of the state, it was just getting worse as we got closer to New Orleans," said FirstEnergy spokesperson Lauren Siburkis who made the trip.

When they arrived last week, the workers oftentimes were first on scene before local residents could see the direct impact of Hurricane Ida.

"Our crews are working in neighborhoods where people are returning home for the first time to see that they've lost everything. It's really tough because we have families of our own," said Siburkis.

The lineworkers from Toledo Edison and FirstEnergy plan on staying and helping other people get their power back.