Lonoke and Arkansas Counties saw large amounts of rain, leaving many roads in cities like Stuttgart and Humnoke impassable. 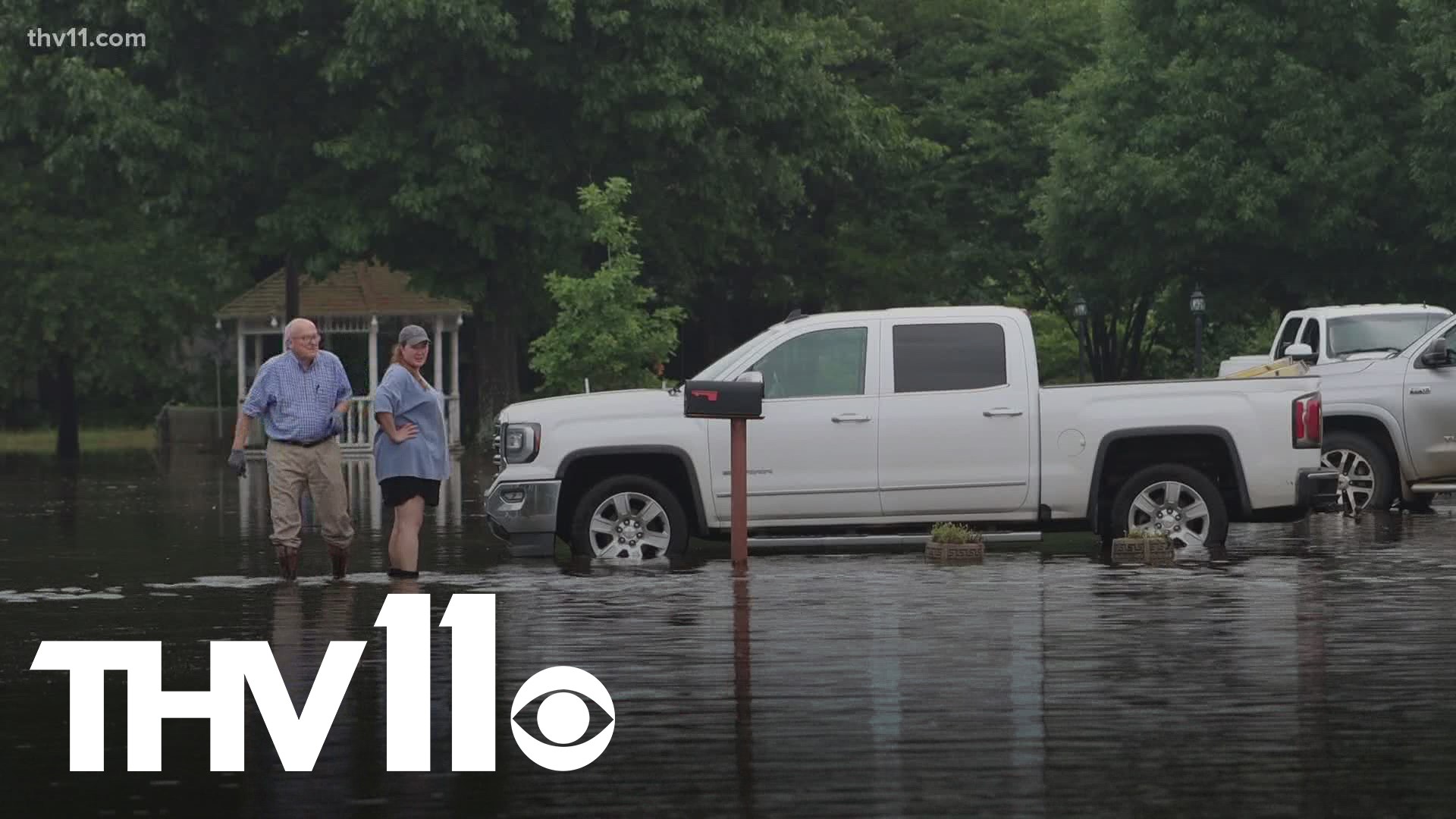 Lonoke and Arkansas Counties saw large amounts of rain, leaving many roads in cities like Stuttgart and Humnoke impassable.

"I would say an eight [out of 10] because as far as we know, there's been no one injured, no loss of life," Eddie Best, County Judge for Arkansas County, said.

"As there would be with a tornado or something, stuff tore down and completely destroyed, but this has caused a lot of heartache and a lot of inconvenience for people, going to and from work and just life in general."

Officials with the Lonoke County Sheriffs Office said no one in the county that they knew of was injured, and there were minimal reports of property damage.

In Stuttgart, multiple roads were covered in feet of water. THV11 crews saw multiple homes with people standing on front porches, with a small lake in front of their homes.

"My thing is, if it was just me I could deal with it but I feel for those that are unable or don't have the means to do anything," Best said. "Or just can't do anything because they can't get rid of the water until the water recedes, and I feel for them, the people out there."

As far as what's next – more rain.

Showers are forecasted for the area again Wednesday night, leaving many in the area concerned for the next 24 hours.

"That's what's on my mind right now, getting ready for that rain if it's the same magnitude as this," Best said. "I haven't gotten any confirmation on how much it may be, and even though we get an idea, you know how the weather can change."

Best verbally declared a State of Emergency for Arkansas County Wednesday, allowing those who need the assistance to apply for federal aid.

He says he'll submit the official written declaration sometime towards the end of the week.