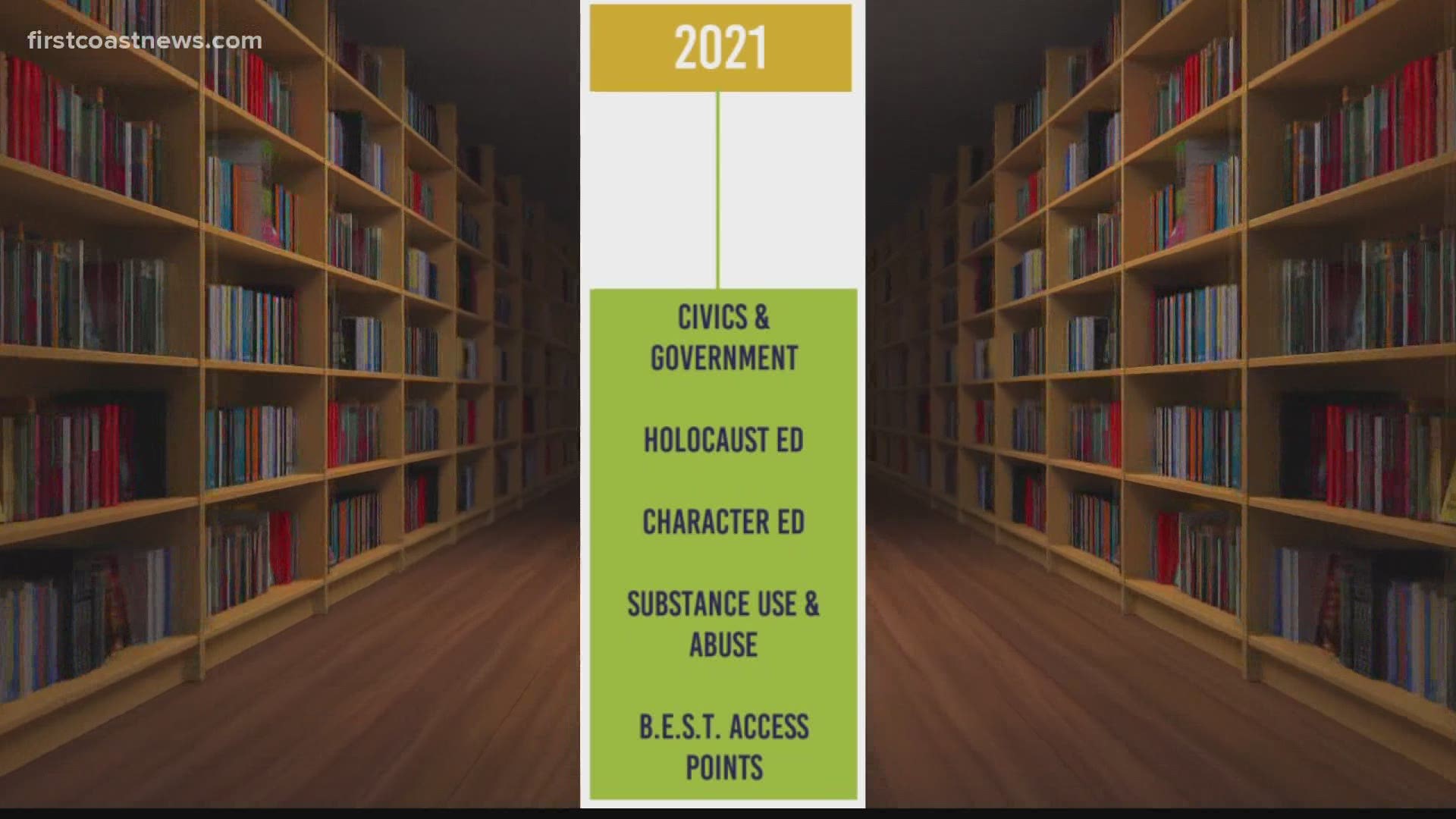 JACKSONVILLE, Fla. — The Florida Department of Education will be voting to impose new guidelines on what teachers can teach. At issue, how much teachers can explore the darker side of American history and topics like structural racism.

At Macclenny Elementary School on Wednesday, the Florida Department of Education held its final of three public meetings to discuss recently revised drafts of the state's academic standards. There are a few topics up for review including Civics and Holocaust education.

However, all attention was ahead to the state board of education’s vote Thursday morning on the “Required Instruction Planning and Reporting” rule amendment, which Florida Governor Ron DeSantis said is meant to combat the critical race concept in the classroom.

"I want you to value my child. I want you to tell her the truth about the history of slavery," one local mother said. "But we already have racism and discrimination in the United States, and I believe that's because we don't have critical race theory in our classrooms."

"I also hear that talking about race, and CRT in particular, will cause discrimination and racism," a member of the Northside Coalition of Jacksonville said. "

The Florida Department of Education Chancellor of Public Schools Jacob Oliva, who gave the presentation Wednesday night, also shared a few words before the vote on the rule.

"When we talk about the required instruction rule, we're just going to talk about why we have that rule and why it's necessary that we provide some clarity," Oliva explained. "The different topics and themes, I think will be discussed among or state board members, as well as when we receive public comment. And we should take the time to hear every single person's questions or concerns."

The vote is also pitting the state's education commissioner against the teacher's union.

Supporters of the rule say they don't want teachers to "suppress or distort significant historical events."

They say this is an effort to prevent teachers from indoctrinating students. Florida's education commissioner Richard Corcoran says the state previously changed textbook standards after he says textbook publishers were adding "crazy liberal" stuff in their text.

“Of course COVID hit so we were distracted, but I didn’t think to say ‘keep all the crazy liberal stuff out.’ Now they hide it in socio-emotional learning, so it doesn’t say critical race theory but you can have a teacher who teaches critical race theory. So if it’s electronic, we say we want it out," Corcoran said in front of a crowd at Hillsdale College in Michigan last month.

Many of Florida's teachers feel this infringes on the classroom and muzzles teachers.

In a statement, Florida Education Association President Andrew Spar says "students deserve the best education we can provide, and that means giving them a true picture of their world and our shared history as Americans."

"Hiding facts doesn’t change them. Give kids the whole truth and equip them to make up their own minds and think for themselves," Spar said.

The state's board of education will be meeting at Florida State College of Jacksonville's advanced technology center at its downtown campus on Thursday at 9:00 a.m. to vote on the proposal.