The Army base held a change of command ceremony to welcome Brig. General Patrick Michaelis. 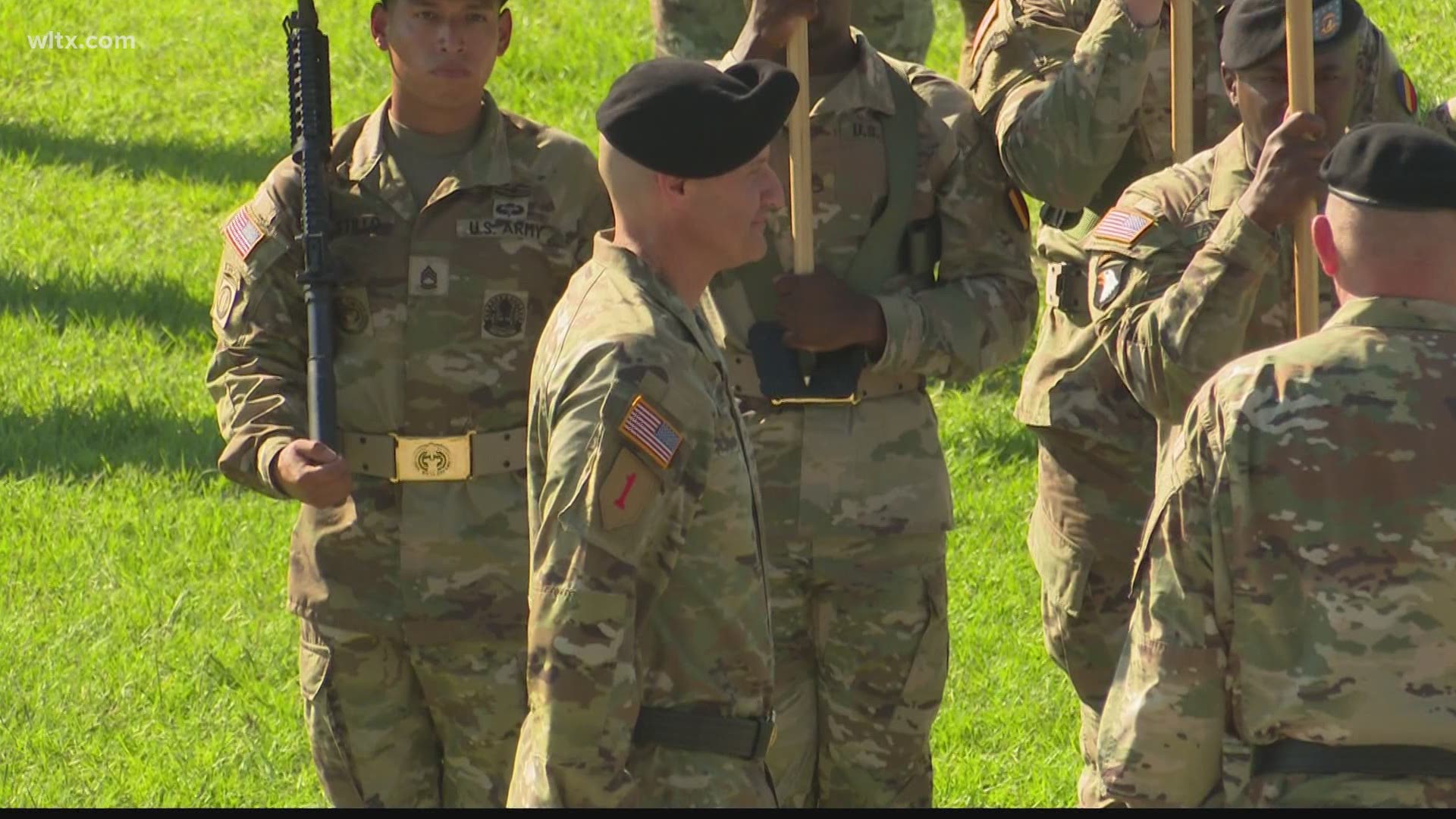 During the ceremony, Gen. Beagle was honored at an award event and the post also held a meet and green for the commanding general.

Beagle has been at Fort Jackson for three years. He's taking on a new post as the commanding general of the 10th Mountain Division based at Fort Drum, New York.

Michaelis had been serving as the Deputy Commanding General for Operations at the U.S. Recruiting Command at Fort Knox, Kentucky. Michaelis is a Distinguished Military Graduate from Texas A&M University and was commissioned a second lieutenant of Armor in 1993.

Following the ceremony, the new commander talked about his plans for the post.

"My intent coming in is to maintain the direction that Gen. Beagle has put in place," Gen. Michaelis said. "After a certain amount of time of my own personal assessment I'll take a look at what needs to change."

Michaelis is the 52nd commander of Fort Jackson, which began in 1918 as Camp Jackson.