Four sisters on top-ranked basketball team, and that's not the best part of their story

Courtney, Mackenzie, Dakota & Avery Rich all play varsity for New London-Spicer. But that's just the beginning of a heartwarming story. 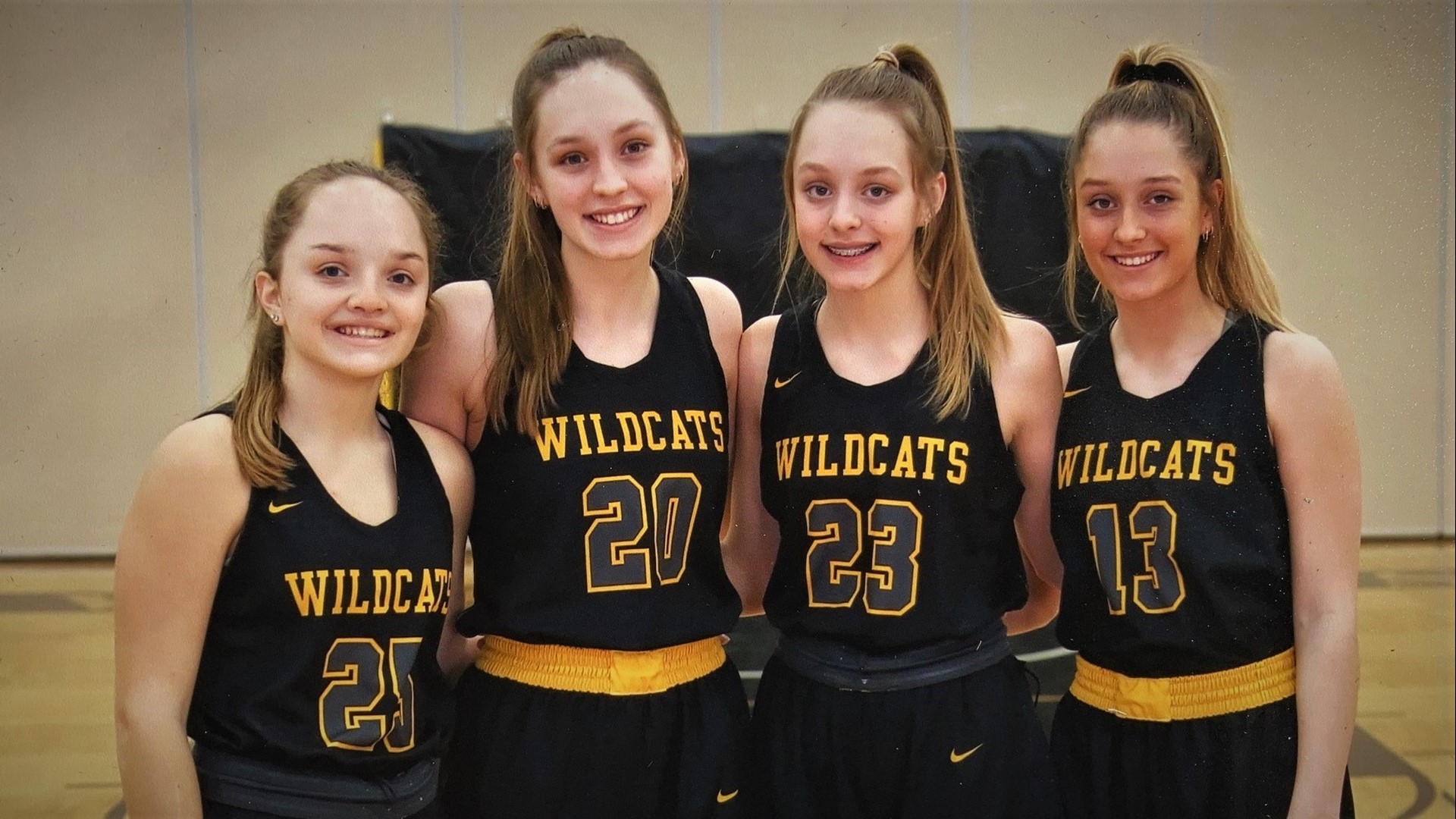 Four of them, to be exact.

Senior Mackenzie Rich was the first to join the team. Junior Courtney Rich, Sophomore Avery Rich and eighth grader Dakota Rich all fell in behind.

That’s four Rich sisters on an undefeated Class 2A varsity team ranked No. 1 in the state.

It made for a proud dad moment earlier this season, when, for the first time, all four of Earl Rich’s daughters were on the court at the same time.

“It was a special moment, that's for sure,” Earl says.

Special for more than one reason.

Mike Dreier is the girls’ coach. Now in his 43rd season with New London-Spicer, Mike is the winningest girls basketball coach in Minnesota high school history.

The reason he’s still coaching, Mike says, is largely because of Earl.

“I suppose it was like six or eight years ago,” Mike says, that Earl came to him.

“You gotta keep coaching, you've got to coach my kids,” the 69-year-old coach recalls Earl saying. “I just said, ‘I can't. I don't think I'll be hanging on that long, Earl.'”

But Earl persisted, explaining to his daughters “if there's any coach I want you to play for, it would be him.”

Earl’s insistence was rooted in 45 years of his personal history, a decade of which was spent in foster homes.

Earl recalls being in second grade when an illness left his mother too sick to care for him.

When his fifth foster family decided to give him up, Earl says he was devastated.

Word gets around in a small town and soon it spread to Earl’s 7th grade football coach, Mike Dreier.

“I was in the lunchroom one day,” he recalls, “and the music teacher was saying, ‘Aww, Earl's gonna have to move to Willmar.’ Listened to him and I said, ‘Well he can come live with me.’”

Moving in with the – at the time – unmarried coach of his 7th grade football team was the last thing Earl expected.

But the paperwork was completed, and Mike became Earl’s foster parent through his sophomore, junior and senior year.

“I never spent three years at one place,” Earl says. “He just gave me every aspect of a dad that I never had.”

Mike provided Earl with discipline and love, TV dinners and trips to the gym for workouts.

“Oh man,” Earl says, wiping away a tear. “It's hard to talk about sometimes.”

Earl’s daughters have grown up aware of their coach’s influence on their dad.

“I'd say he definitely turned out alright for having such a tough life when he was younger, and I think Dreier definitely played a big part in that,” Mackenzie says.

Earl went on to Southwest State University, where he played quarterback for the football team and pitched for the baseball team.

Then, he retuned to his hometown and became part owner New London Real Estate and WestRich RV Park and Campground in Spicer, where his daughters spend their summers practicing basketball on a court he had built for them.

On a recent game night, Mike and Earl sat across the court from each other, while between them, all four girls took the court again for a couple minutes of playing time together.

Both men recognize the uniqueness of these moments.

“I just hope I have been a small part of some positives in his life,” the coach says.

“Small” is the only word in that sentence, Earl would dispute.

“I'm glad he stuck it out for the girls,” he says.