All officers involved have been cleared of wrongdoing after 39-year-old Lionel Morris died in their custody. 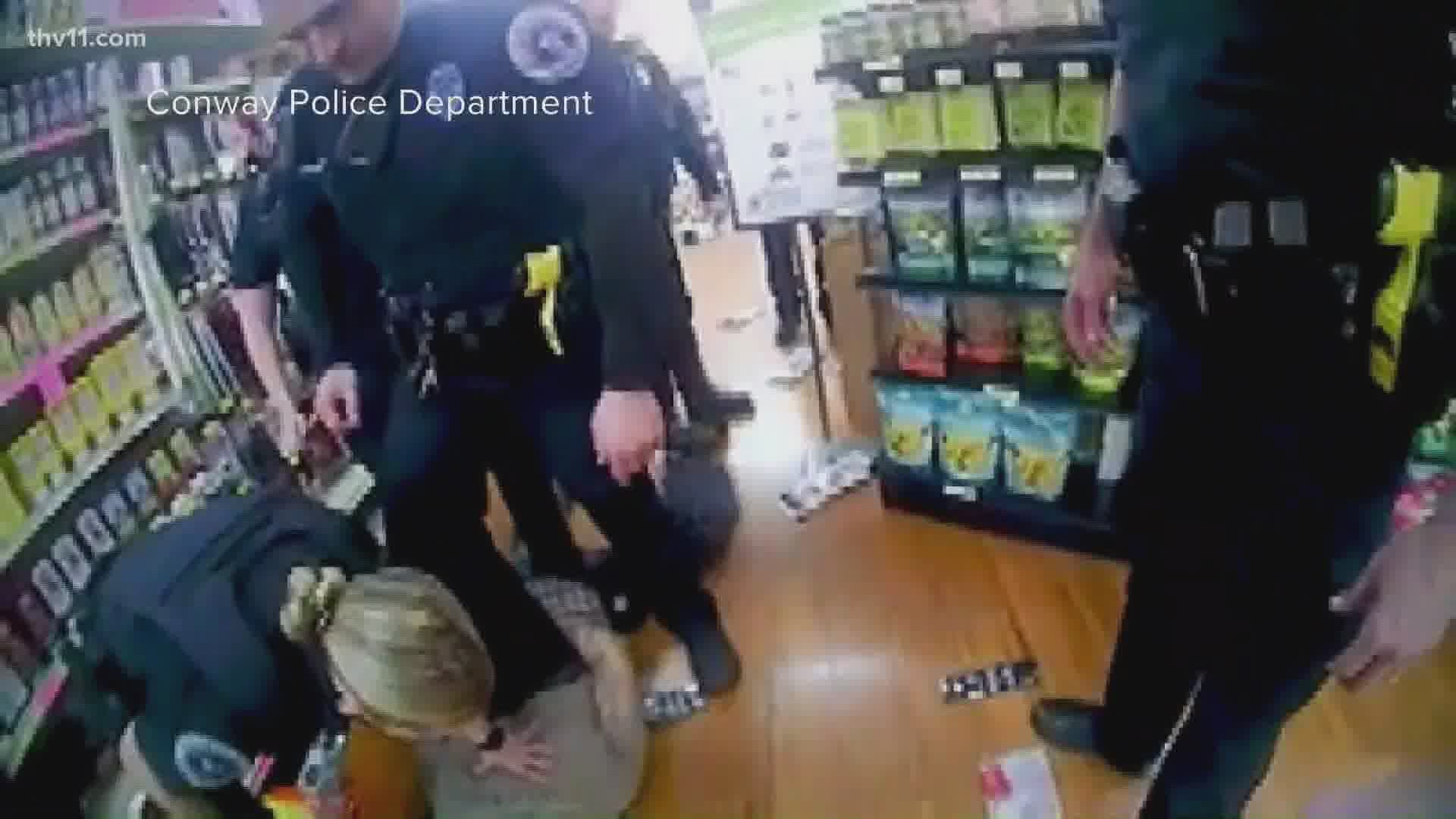 CONWAY, Ark. — Body cam footage released by the Conway Police Department following the investigation of the in-custody death of Lionel Morris in February has some activist groups renewing calls for better training and methods.

Morris died February 5 on his way to the hospital after body cams show the 39-year-old tried to run away from police arresting him for shoplifting.

The edited videos depict a struggle and with officers firing a stun gun at least twice. Morris had meth and opioids in his system, according to the medical examiner, and the prosecuting attorney cleared all the officers involved of criminal wrongdoing.

But both the edited clips released by the department and in raw footage viewed by THV11, Morris can be heard saying he can't breathe and that he is having heart trouble.

A portion of the tapes where officers are standing on Morris' back has one activist angry.

"It's this fundamental display of just a lack of training and lack of ability to handle these types of situations," said Hadiyah Cummings, leader of a group called Reinvest Conway, that formed in the wake of the death of George Floyd at the hands of Minneapolis police and petitioned for an independent investigation of what happened to Morris.

Prosecuting Attorney Carol Crews cleared all the officers and pointed to the report by the state medical examiner that found so much meth in Morris' system, it couldn't be accurately counted.

But the struggle with police, combined with the drugs, is what caused Morris to die. Crews says Morris brought this on himself by running and resisting.

"The emotional response now that I have has just re-inspired me to keep pushing my city council members for more than just statements of hand-holding events," she said, adding she had requested footage released by the department last week, but was denied.

Conway police would not make any on-camera statements to THV11 beyond their video release. Arkansas State Police led the investigation, but now all the officers involved face an internal department inquiry.

Conway Mayor Bart Castleberry announced that he found concerning items in the videos and has called for some of those involved to be placed on paid leave during the internal investigation.