A funeral was held for Det. Kevin Collins, who was fatally shot on Monday while responding to a call at the Econo Lodge motel. 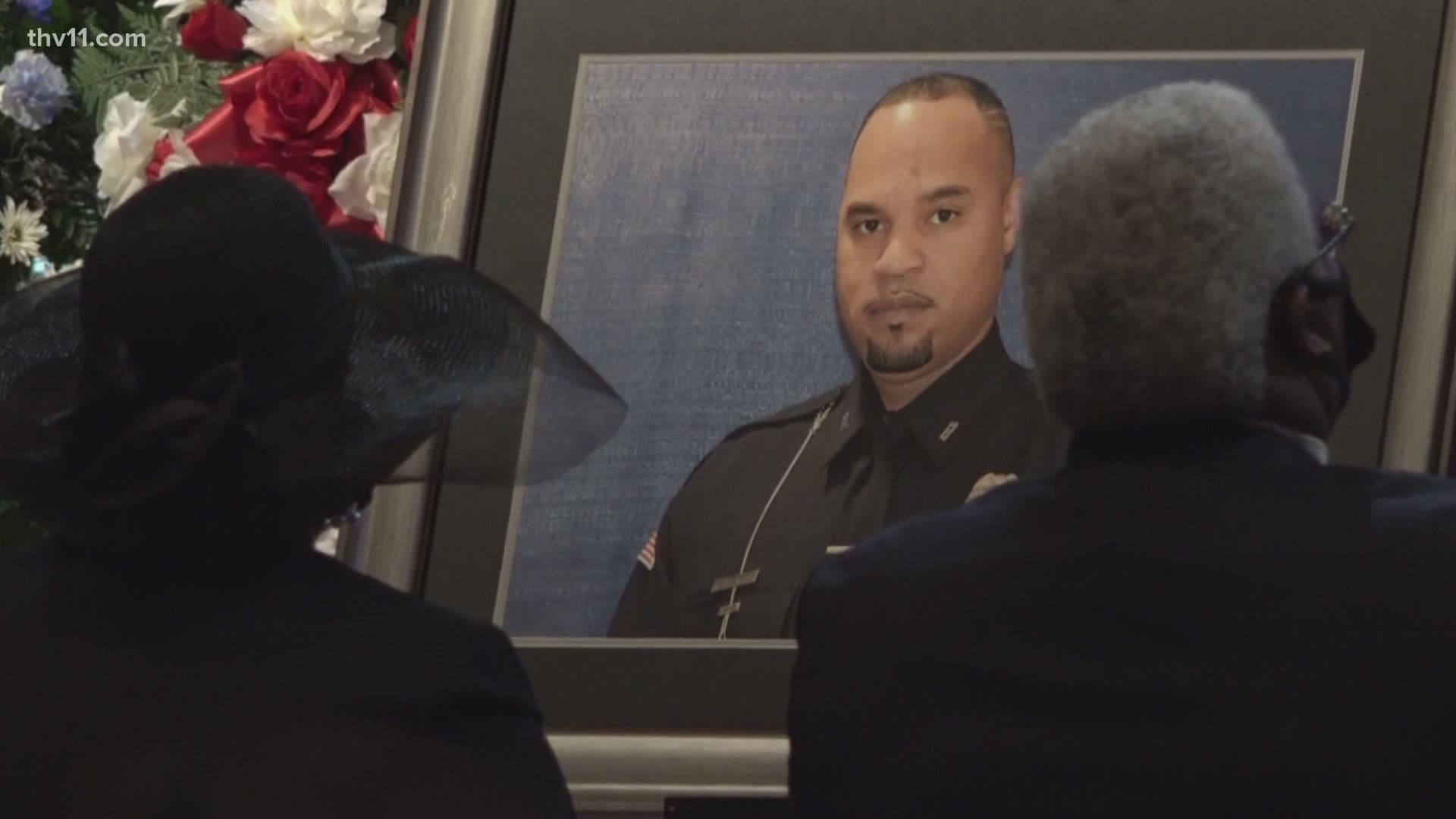 PINE BLUFF, Arkansas — The funeral for Detective Kevin Collins who was fatally wounded during a shootout, was held Saturday.

Hundreds of people, including police officers from across Arkansas, gathered at the Pine Bluff Convention Center to honor Collins.

The 5-year veteran of the Pine Bluff Police Department was a beloved member of the community and has been called "inspiring" by those who knew him.

"May we never forget Kevin's sacrifice," Arkansas Attorney General Leslie Rutledge said. "May it be forever etched on our hearts, and may we know that another angel has blue wings."

Collins, 35, was named Pine Bluff's Officer of the Year in 2017, and he served as Mayor Shirley Washington's security detail.

"He became an extension to my family -- just like another son," Washington said. "He will be remembered as a serious man with a caring attitude."

Collins was born and raised in Pine Bluff, described by his pastor as "a hometown kid."

"Because of his influence, we have a great deal of hope in what Pine Bluff is capable of becoming –  in fact, is already well on its way to becoming – and that's a life well-lived," Matt Mosler, pastor of New Life Church said.

The church has created the Kevin Collins Memorial Scholarship, which will go to a student or students who wish to pursue a career in law enforcement by first attaining a degree in criminal justice degree at the University of Arkansas at Pine Bluff.

On Saturday, Pine Bluff Police Chief Kelvin Sergeant told the crowd Collins' badge number has been retired. His announcement was met with a standing ovation.

"Call number 520 will never no longer be in circulation, but instead it will be immortalized as a servant to show a testament of Detective Collins' legacy.

Collins will be laid to rest at Forrest Lawn Cemetery in Pine Bluff.