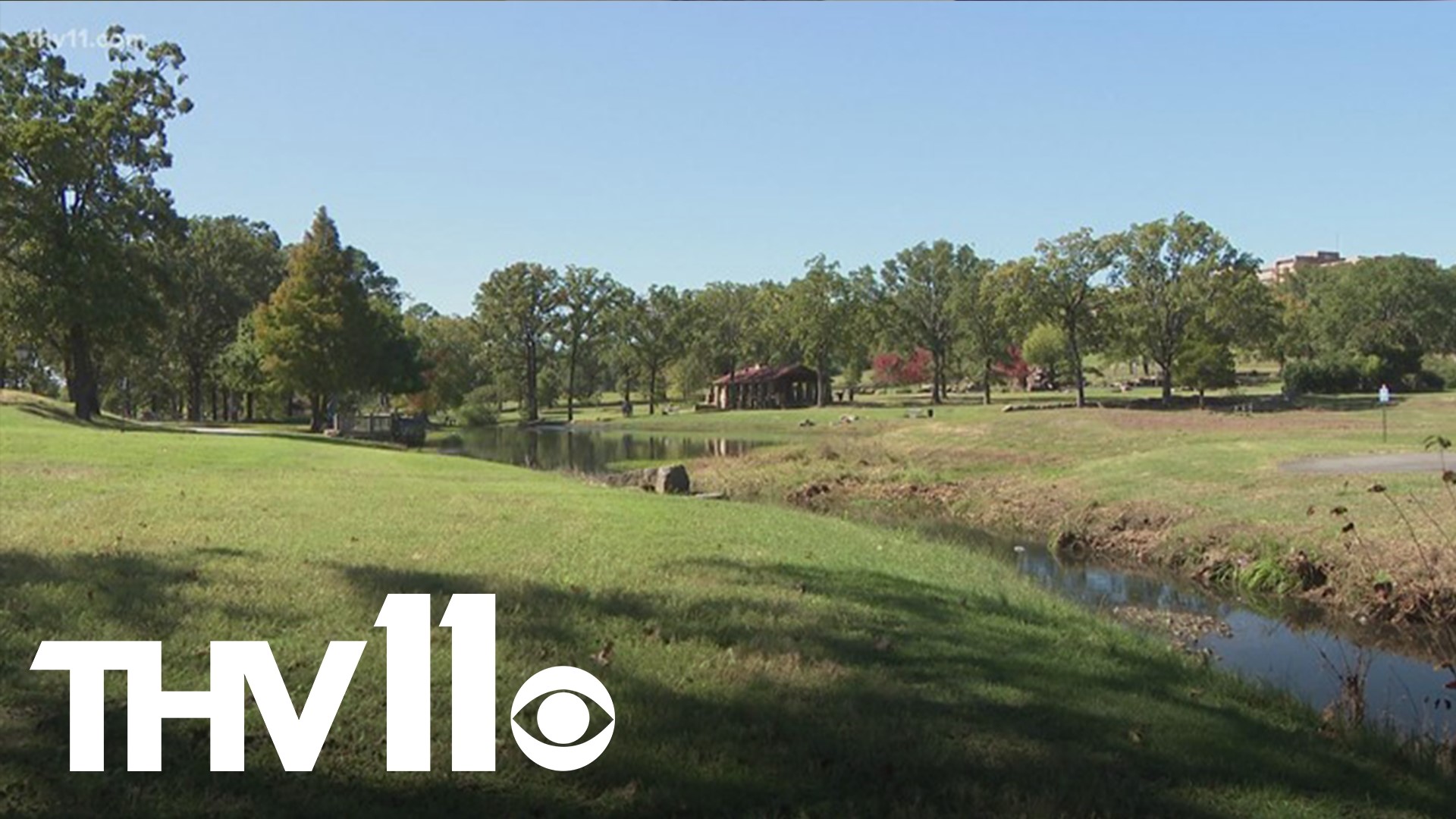 This course was a second home for Chris Jenkins, a 10-time winner of the 4th of July tournament here at the corner of Markham and Fair Park.

Two years ago, the city of Little Rock announced the decision to close War Memorial and Hindman Golf courses. The city board passed the budget deal to save the city $2 million. Leaving Rebsamen and First Tee as the only public courses in the city.

RELATED: War Memorial Classic much more than a tournament for Chris Jenkins

"Some people were very much invested into the golf courses and really enjoyed the places," Eckart said. "There is also people that have really enjoyed what’s become of it. The open space, the freedom to kind of space to have that in the middle of the city of Little Rock."

“Such a nature jewel that people have really gone out and enjoyed going out there and fishing, playing disc golf, ride their bike,” he said.

In 2020, Perks and Re-creation, which is a disc golf design and installation company, partnered with the city to create two 18-hole disc golf courses at Hindman Park.

Michael Morris with the program believes it’s a great addition to the park.

“There’s a lot of places in Arkansas that need something like this. It’s a great reason to go outside and enjoy the beautiful aspects of this state,” Morris said.

Disc golfers found a home at Hindman Park. That, however, left traditional golfers looking for a new tee box.

RELATED: Disc golf taking over what once was part of Hindman Park Golf Course

“We’ve seen a substantial improvement. We saw an improvement in 20 and this year, we’re somewhere up between 20-25% over last year,” Ralston said.

Ralston adds that improvements are credited not just to the two Little Rock courses closing.

“Every golf course in the state has seen a rise because of COVID. Spend the day with a few friends and not worry about getting sick,” he said.

Back in Little Rock, the city says they are still looking at the future of both parks.

“Absent the dedicated revenue for capital improvements that were proposed as part of the Rebuild the Rock sales tax initiative, we are pursuing other viable funding sources such as grants and public-private partnerships that could help bring about a future that is both appropriate for the parks themselves as attractive public green spaces and consistent with the City’s Master Parks Plan.”

As for Chris, he understands reopening the golf courses are a long shot, but he has just one request.

“As long as it’s an open-aired place with green grass, and you see a lot of activity out here with a bunch of kids playing and a bunch of families enjoying the grounds. That’s all you can ask for,” Jenkins said.