The fairgrounds have a large arena pavilion enabling safe, socially distant events like the rodeo and demolition derby. 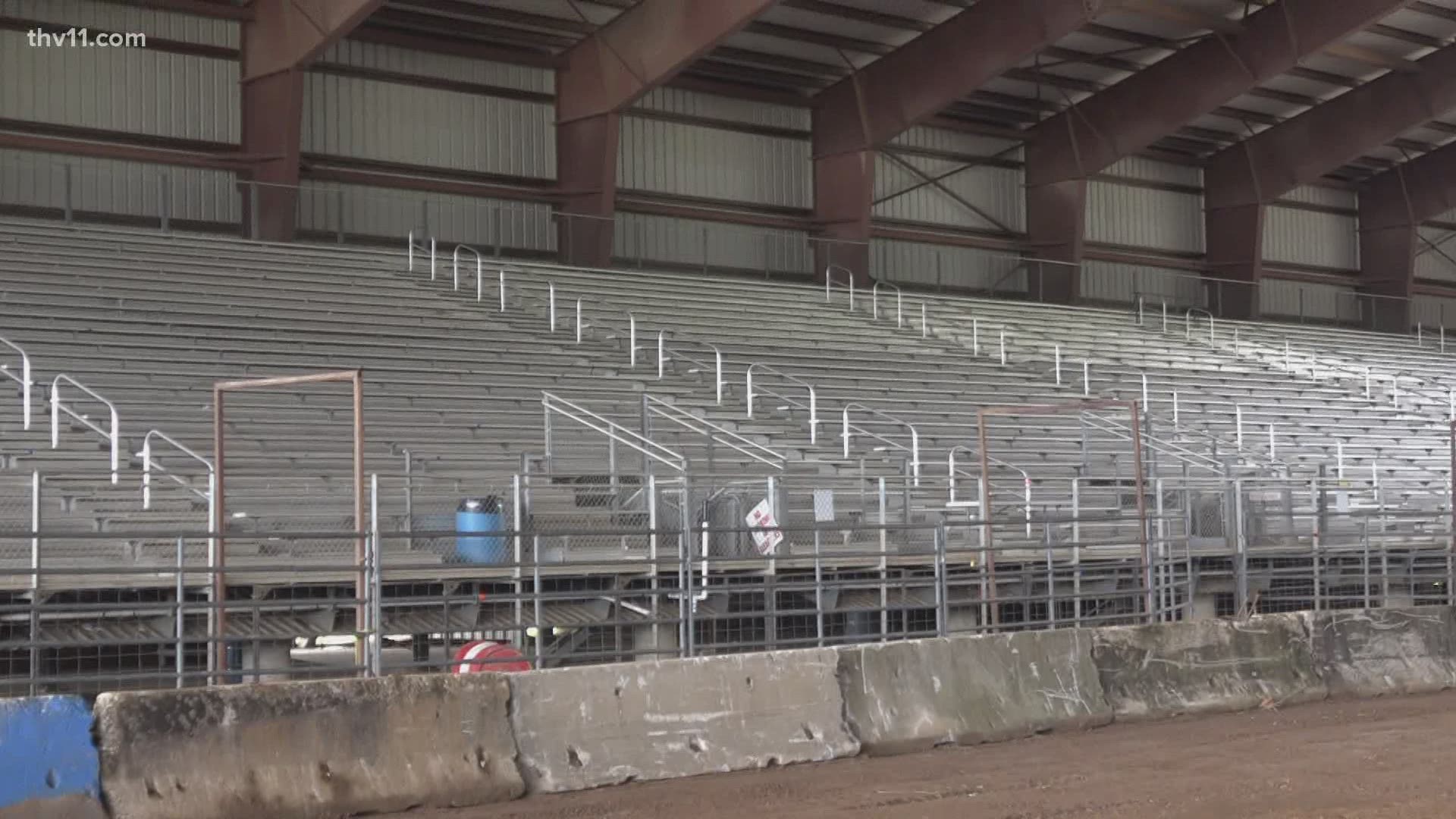 HOT SPRINGS, Ark. — While many traditional end-of-summer fairs and festivals go on a hiatus because of the coronavirus, Garland County is forging ahead with nine days of events through Saturday Sept. 19.

The county can take advantage of a huge, partially open-air arena to host two nights of a demolition derby and rodeo. Fair officials hope those events offset a lack of carnival rides, which have not been approved by the state health department.

"We want them to have at least one night to forget about their problems and say, 'Hey, let's have some fun,'" said Darius Melton, a member of the fair's board of directors. "Because if you've noticed on the news, if you've noticed anything at all, there's not been any fun for the last three to six months."

With an eye toward taking out frustrations, the demolition derby kicks off the fair.

"Just to be able to put the fair on now is great," said Jeff Palmer, the derby organizer through his K&P Promotions who got a dry run with a smaller event earlier this year. "We're going to have a lot of the guys we had here in the early show of the year that normally wouldn't come because of other county fairs going."

That was evident as a crew from Kentucky worked a welding torch on a car that may have been a Chevy Impala when it rolled off the line in the 1970s.

After the weekend, the focus turns toward filling the other event halls with a slate of youth livestock events. Melton says keeping that tradition alive for the kids is another key reason for going through with the schedule.

"With the livestock being there, we're going to be there four nights this week, doing the livestock, doing what they always do," he said. "We're just not gonna have the Ferris wheel this year."

In lieu of a midway, the fair is planning a car show that has evolved into a night honoring essential workers Tuesday, Sept. 15.

"The ball players and the monster truck drivers and all those type of people have always been our heroes," said Melton. "But really, now our heroes are the ones who get up every morning, put their boots on, and go to work."

That car show will have lights from fire trucks, heavy equipment from the county and forestry departments, and other cool stuff brighter than any carnival.

"We can still come out and have a good time with the family and be able to get out of the house and do something without having a carnival," said Palmer.

The rodeo will close the fair and will feature cowboys and cowgirls over two nights in a sanctioned event that offers points toward the National Finals Rodeo set for Arlington, Tex., in December.