"At this moment, we're turning to a higher court," said attorney Ben Crump as he introduced Sharpton. 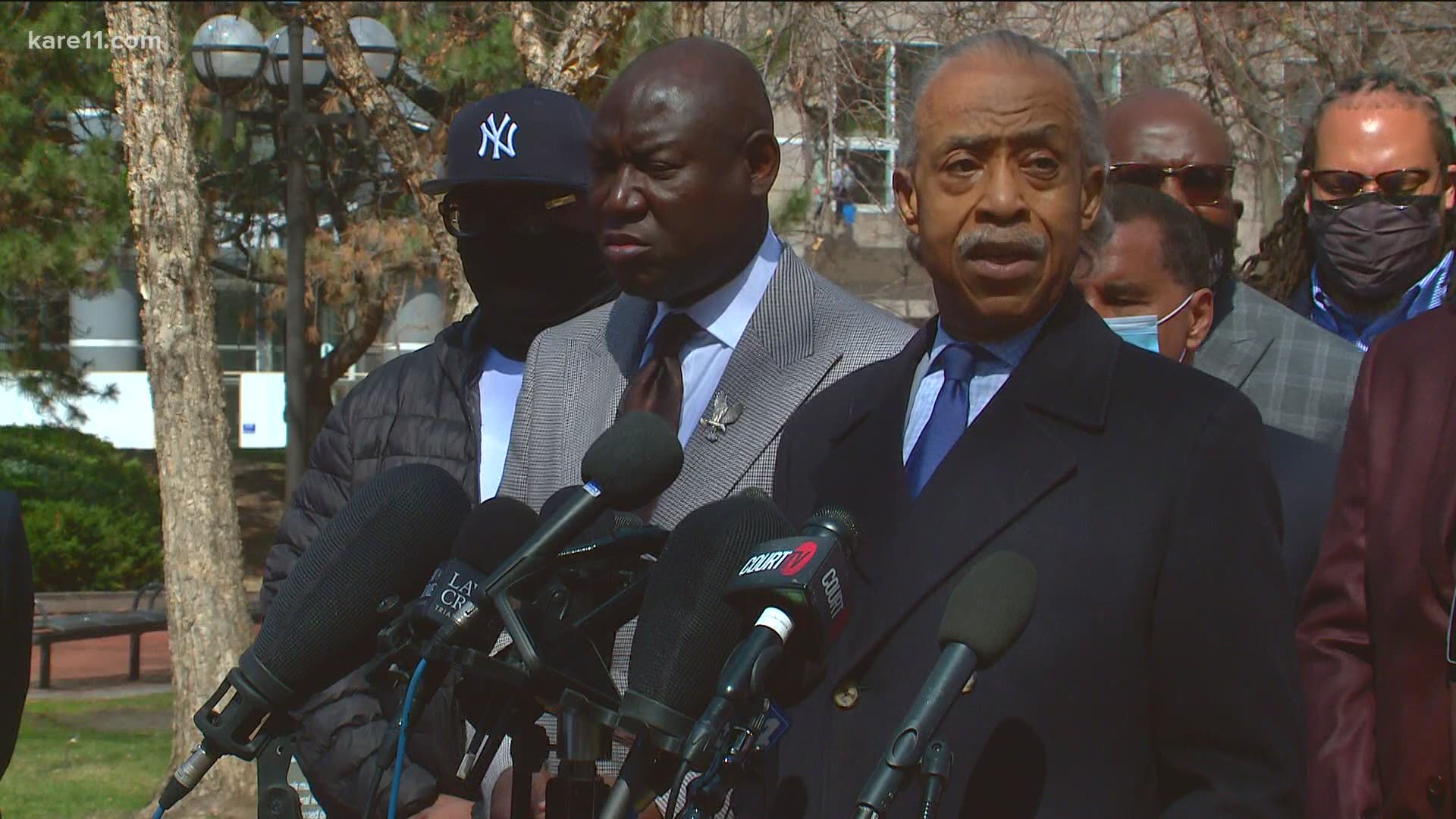 "At this moment, we're turning to a higher court," Crump said as he introduced Sharpton.

Sharpton said he prayed for strength -- both for Floyd's family and for people around the country.

"Dear God, we come standing in front of a building where a jury is listening to evidence," Sharpton began. "But you know, Lord, you hold the world in the palm of your hand, and we believe if we stand for what's right that you will give us justice."

Sharpton is the founder of the National Action Network, an organization that calls attention to issues like racism, police brutality and racial profiling. In his Tuesday prayer, he also spoke on the proposed George Floyd Justice in Policing Act and racism around the country.

"...That we will be able to use this trial and this occasion to let America know: get your knee off our neck," he said. "God made your knee to bend your leg, not to bend our life."

He ended his short prayer with a request that justice in the trial be met with togetherness "to understand that you made us all one human race."

Also present was George Floyd's brother Philonise Floyd, who put his arm around Gwen Carr, whose son Eric Garner's last words of "I can't breathe" became a rallying cry in the movement against police brutality.

"But one thing I can tell you, me and Miss Gwen Carr, after we get the verdict, and we get this conviction, we'll be able to breathe."

You can watch the prayer service below.