Vechirko will be released from jail, but investigators "are in the process of gathering additional information and answers to aid in the charging decision." 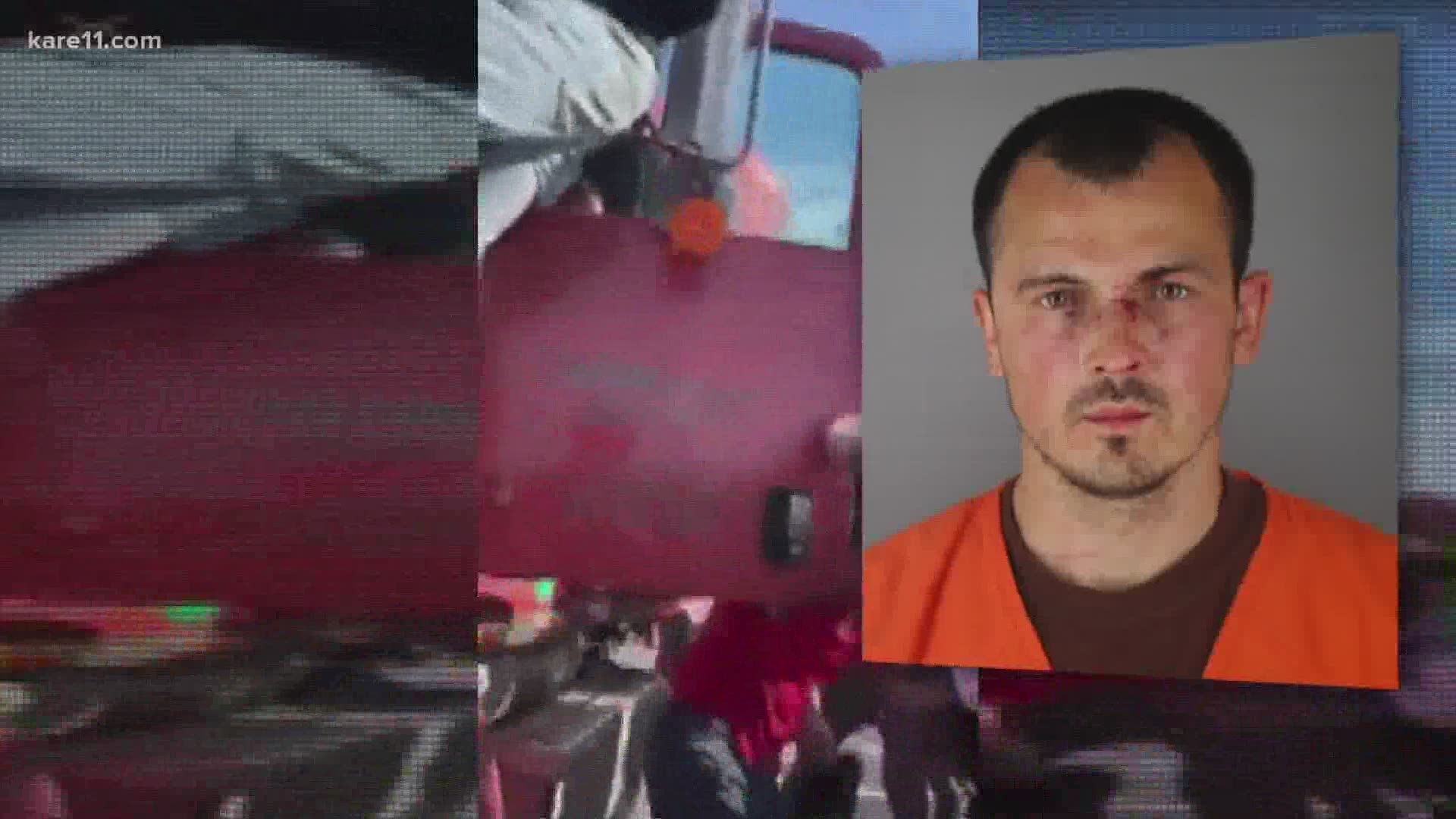 MINNEAPOLIS — The case for a man who drove a semi truck toward a crowd of protestors on the I-35W bridge without causing injuries has been deferred pending further investigation.

Bogdan Vechirko, 35, of Otsego, was jailed after piloting his truck down the interstate as major roads in Minneapolis and St. Paul were shut down Sunday evening during peaceful protests for George Floyd. Videos posted on social media showed the truck barreling into the crowd at a high rate of speed. Those on the scene say it's a miracle no one was hurt or killed.

Vechirko will be released from jail, but investigators "are in the process of gathering additional information and answers to aid in the charging decision," according to a release from Hennepin County Attorney Mike Freeman's office.

Public Safety Commissioner John Harrington told reporters during a briefing Monday that it appears Vechirko, was already on the interstate when barricades were set up to block traffic to ensure the safety of demonstrators.

Harrington said Vechirko was "running empty" with no fuel in a tanker trailer and speeding when he encountered the crowd and "panicked," continuing to barrel forward at a high rate of speed.

Videos from the scene captured an angry crowd of protesters pulling Vechirko from the cab of his truck. Multiple officials at Monday's press conference praised demonstrators who jumped in to protect Vechirko before he could be beaten, or worse.

RELATED: DPS: No evidence yet that semi driver intentionally drove into protesters