HPD Chief: Witness risked his own life twice to make sure surviving officer stayed out of harm's way

Acevedo said the man put himself in harm's way twice to make sure sure a wounded officer made it to safety. 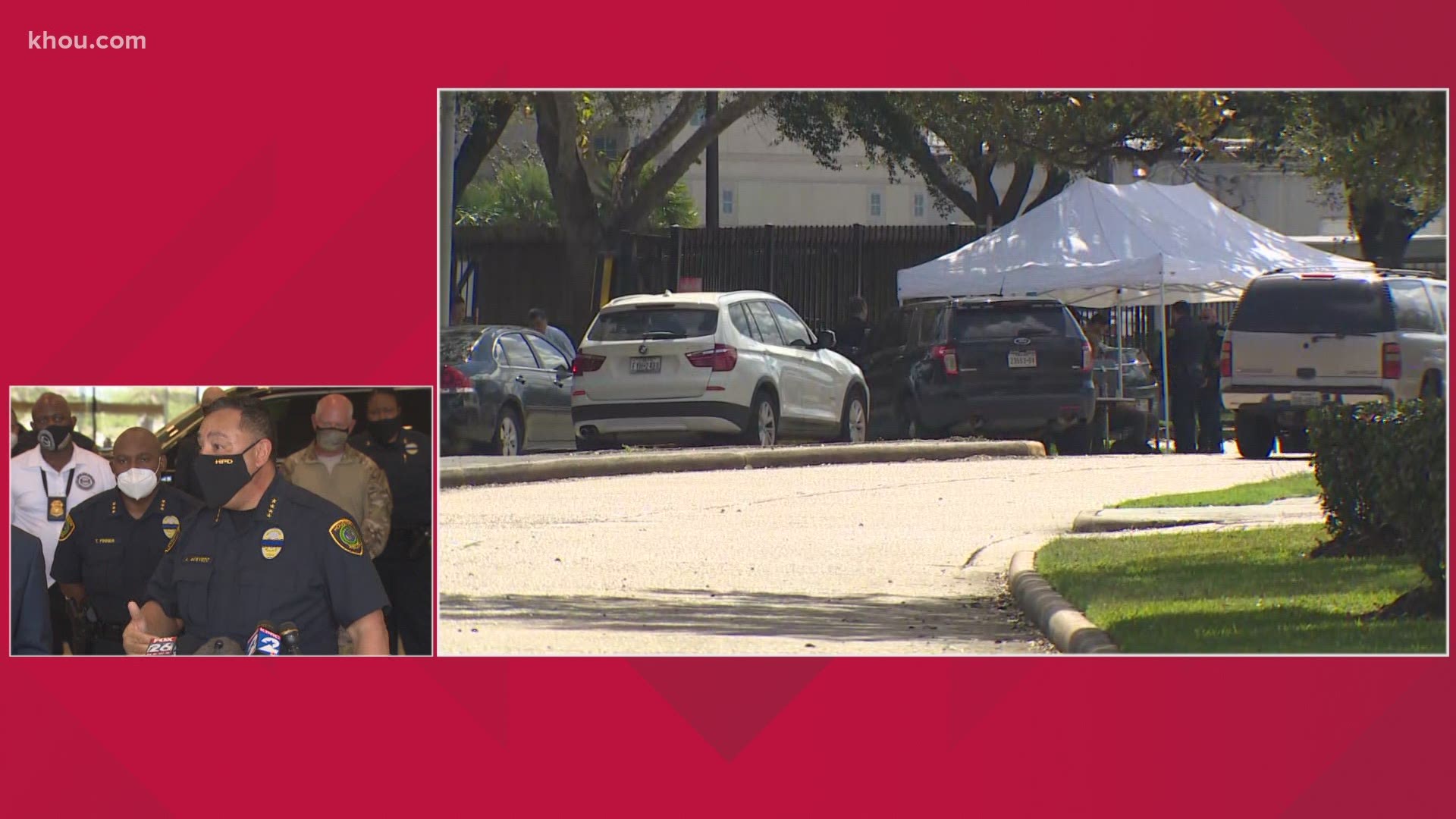 HOUSTON — As Houston Police Chief Art Acevedo was giving news of Sgt. Harold Preston's death during a press conference Tuesday, he also told the story of a witness who risked his own life twice to make sure another officer -- Officer Courtney Waller --  was moved out of harm’s way.

Acevedo didn’t give that man's name at the news conference. He said we’d learn of it later. But he did tell his story.

According to Acevedo, the man – who he described as African-American, shirtless and covered in tattoos – was at the front of the complex washing his car. Acevedo said the man noticed the police activity and began recording on his phone.

“He did what people do. They want to keep us honest.  We want you to keep us honest,” Acevedo said. “But when the shooting rang out, he didn’t just continue to film, like so many people are doing in this upside-down world. This young African-American male, who told me he was a gang member, that his life was way out there, but he’s found God and has turned his life around. He went and helped Officer Waller.”

Acevedo said the man helped Officer Waller -- who had been shot in the arm -- put his tourniquet on.

Please continue to send your thoughts and prayers to Officer Courtney Waller as he recovers from his injuries after being shot in the line of duty today. #hounews pic.twitter.com/VtSJrYb0u3

“Just because you’re shot in the arm doesn’t mean you can’t bleed out,” Acevedo said.

Knowing the suspect wasn’t in custody and still a danger, Acevedo said the man then moved Officer Waller out of harm’s way, escorting him to the front of the apartment complex.

While they were walking there, Officer Waller told the man he had dropped his gun. The man went back and got it.

“Then he had the presence of mind to realize we just had two officers shot; I’m African-American. I’m sitting here with all these tattoos, no shirt,” Acevedo said. “I don’t want officers to see me coming up with a gun.”

Acevedo said the man wrapped the gun in a towel and calmly walked to the front of the complex where the other officers were and gave them the gun.

“We need to stop judging one another and realize there are a lot of good people,” Acevedo said. “He didn’t see a cop. He didn’t see color.  He saw a man who needed help.”

Those of us who knew, loved, & respected Sgt. Harold Preston knew him to be a wonderful, courageous, and humble servant, from an amazing family.

While many may never say his name, or honor his life of selfless service, we will never forget. RIP kind hero, we will celebrate you. pic.twitter.com/3U370XNsFc

We’re told Sgt. Harold Preston was planning to walk his retirement papers in today, after 41 years on the job. What a hero. What a huge loss for our city. Thank you Sgt. Preston. 💔 @KHOU pic.twitter.com/awkvBX99Zi