A couple of Arkansas men came to the rescue of drivers who were stuck in the snow waiting for a tow. 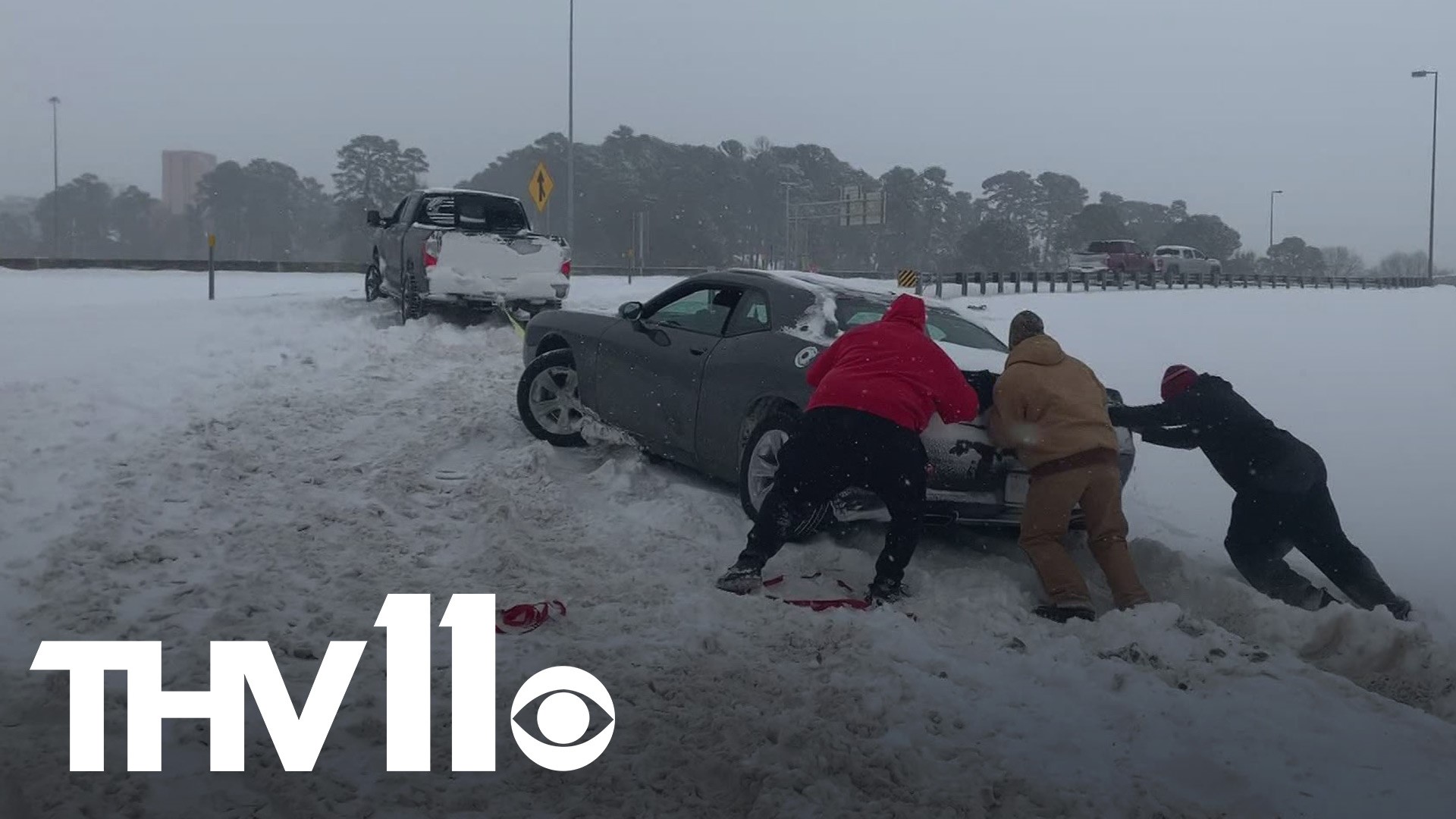 LITTLE ROCK, Arkansas — On Monday, drivers who got stuck in the snow had to wait for hours until tow trucks could respond, but good Samaritans rescued many of them as they waited.

THV11 reporter Stephanie Esquivel was one of the people who got her vehicle stuck in the snow. She said when she called a tow truck service, they told her it could take up to five hours for someone to respond.

Asher Wrecker Service said it was because they had an unusually high call volume.

“Due to the eight inches of snow that we have on the ground it’s causing a lot of time of lapse for our customers,” said Herman Harper with Asher Wrecker Service.

“There was an average of anywhere from about three hours to three and a half hours due to inclement weather,” said Harper.

Harper said that was expected, in such harsh weather conditions.

“Due to having to drive a little slower, putting chains on our trucks and then being cautious of trying to get up and down hills,” said Harper.

In a time of need, some good Samaritans helped their fellow Arkansans.

RELATED: More snow is heading to Arkansas, here's what you need to know

“Well if anyone has been stuck before, they know it sucks to be stuck on the side of the road especially without water and we’re just trying to do what we can to let people know there’s still good people out here,” said Dustin Matthews.

Matthews and his friend Scott Carpenter helped pull our reporter along with several other cars.

Even those roadside heroes say, there was also something in it for them.

“It’s fun for me, I just enjoy doing it, to be honest,” said Carpenter.

Carpenter and Matthews said they also helped stranded drives so they could avoid the unexpected cost of a tow truck service.

By the end of Monday, they helped 14 stranded drivers.