"It's a very selfish act to say, 'We're not going to abide by those guidelines' that are meant to protect you and others," Hutchinson said on Thursday. 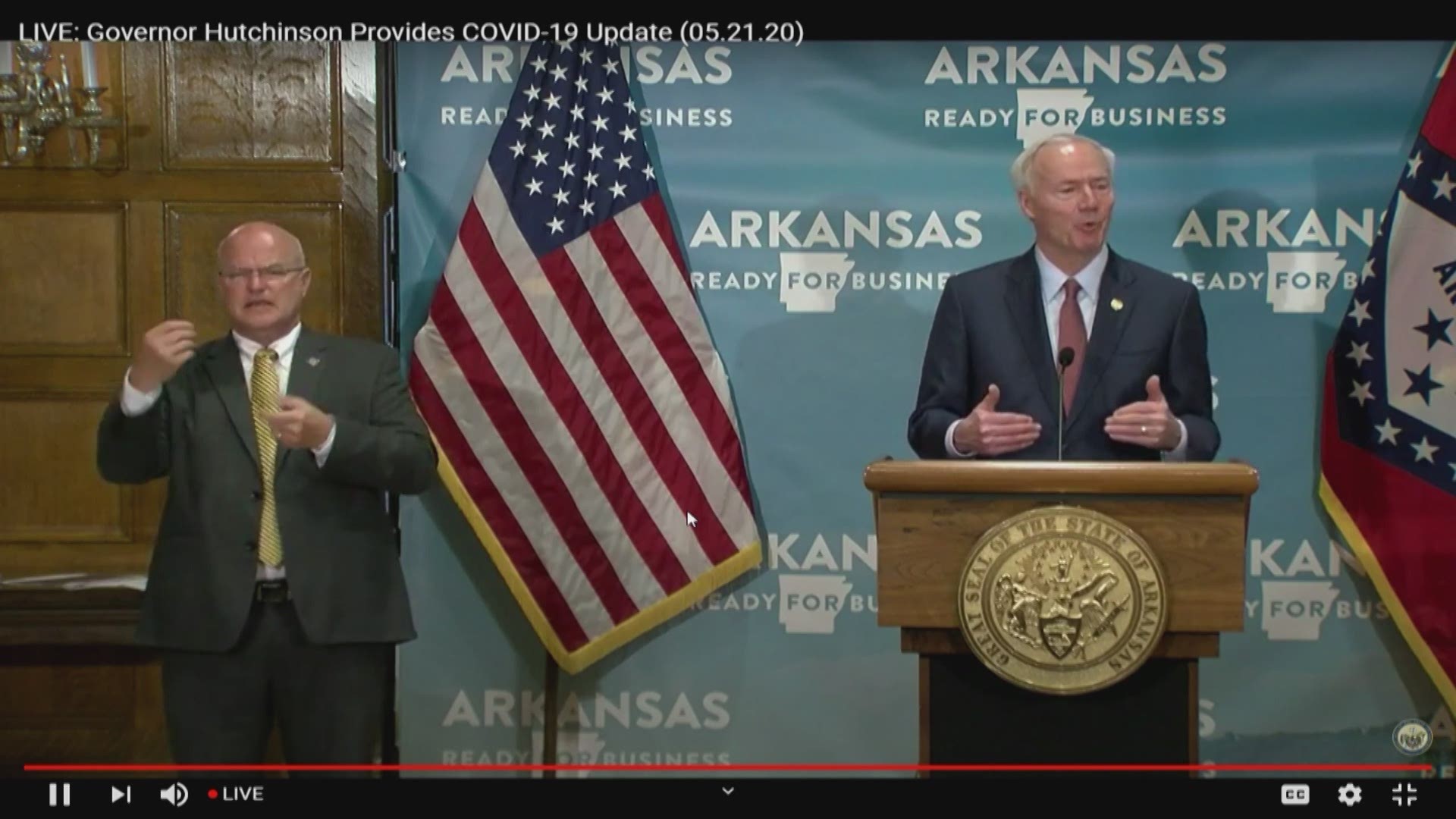 ARKANSAS, USA — In a press conference Thursday, Governor Asa Hutchinson said that "it's not then about your health as much as it is about everybody's health around," in reference to those who have refused to wear a mask within establishments that require masks to enter.

"It's a very selfish act to say, 'We're not going to abide by those guidelines' that are meant to protect you and others," Hutchinson said.

A restaurant in Benton recently made the decision to re-close in-person dining and resort back to curbside orders due to several customers claiming they wouldn't wear a mask, according to Edith Oseguera, the owner of La Hacienda.

"People sometimes, they don't want to be forced to do things and we can't force them," she said.

Under the department of health guidelines, both employees and customers are required to wear a mask while inside a restaurant. So, having customers eating inside without one would put Oseguera's family business at risk.

When announcing that Arkansas restaurants can reopen their dining rooms, Hutchinson said that although masks are required while customers enter the restaurant, removing them only to eat, was allowed.

The governor made it clear that it is the customer's choice to not wear a mask or enter the restaurant, but not to blame the owner of the restaurant or the waitstaff.