Real gift cards and coupons from Thoughtful Gift Cards may be a deceptive marketing tactic, according to Better Business Bureau warning 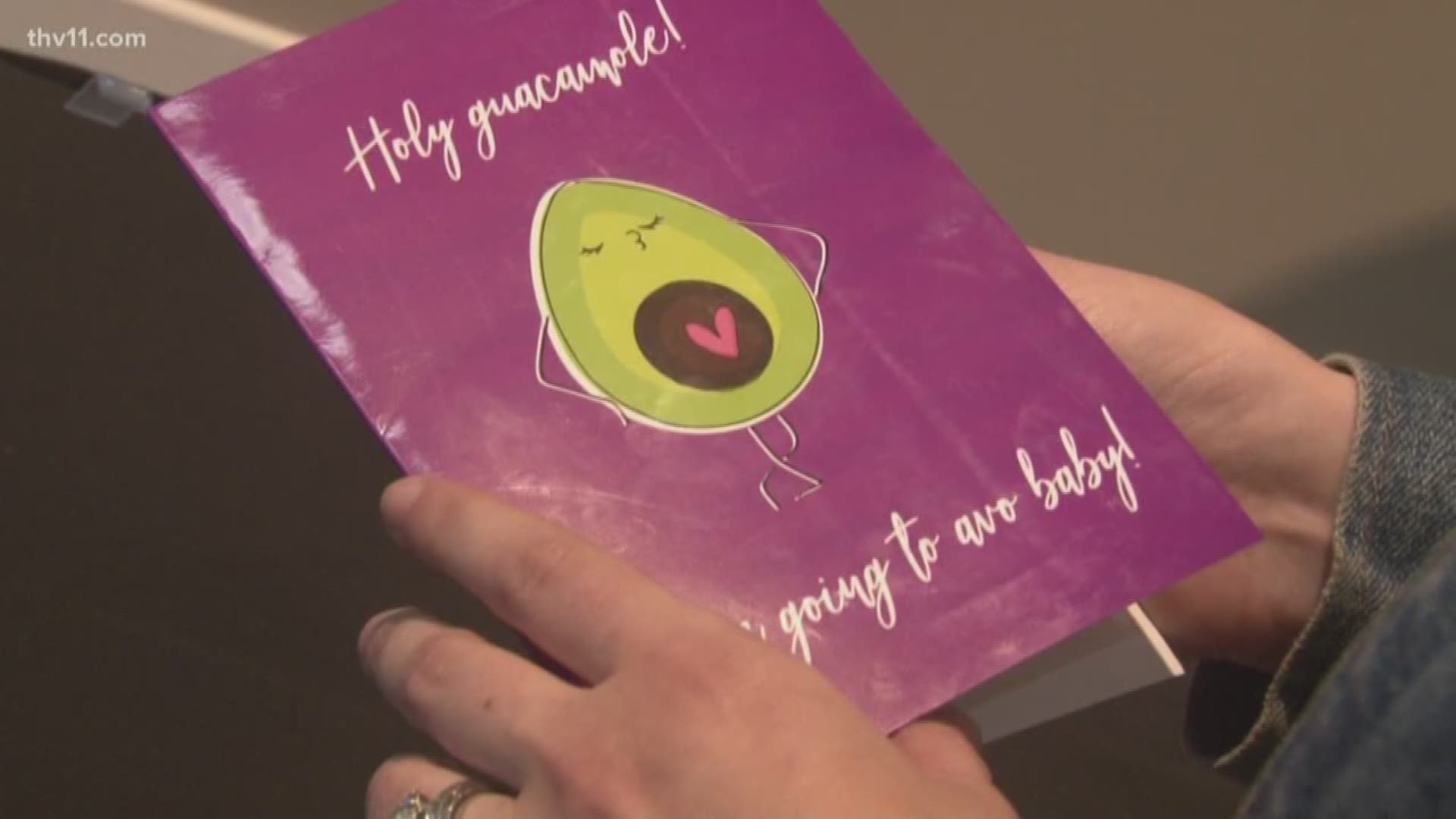 CONWAY, Ark. — A new scam using some old-fashioned methods is targeting women in Arkansas and across the country.

Several women in Arkansas have reported getting this week what appears to be a hand-written greeting card in the mail. The card congratulates them on their pregnancy and includes several gift cards and coupons for baby products. It has what looks like a hand-written note from Jenny B. inside.

Sydney Stoner said she got one addressed to her but sent to her mother’s house. Her mom brought it to her when they had lunch on Wednesday. “And I was like, oh, that’s weird,” Stoner said of receiving the envelope. “And we sat down, and I opened it. I was like, um… I’m not pregnant, and I don’t know a Jenny B.

“I asked my mom, I said, ‘have you told anyone that I’m pregnant? Because I’m not.’ And I texted my husband, ‘and I said, do you know something I don’t know?”

Stoner, who is not pregnant, said she thought the cards and gifts were “a little creepy.” She posted about it on her Instagram account, and said she quickly received several comments from friends warning her that the gift cards and coupons were a scam.

“Then another friend sent me a Reddit link, and it happened to, like, 20 different people on Reddit,” she stated. “And my sister looked it up, went to the website and typed in the gift card information, and it activated, and it was real.”

The Better Business Bureau wrote a warning about the scheme this week. The gift cards and coupons are real, and all the brands trace back to a company called Mothers Lounge, which is based in Utah. But several people reported that, when they tried to enter the code from their gift cards into the companies’ websites, the price of shipping skyrocketed, wiping out the value of the gift card. As a result, BBB has received more than 50 complaints alleging deceptive marketing practices.

“I’m very glad that people stopped me,” Stoner said, “because I asked people, ‘do you know anyone that’s having a baby? Or are you pregnant? Because, I’ll give you the gift cards, because I don’t need them.’ And I’m glad I didn’t send those to anybody!”

Stoner said she is usually vigilant about scams, but this one nearly got her because it does not look like the fraudulent emails she is used to seeing.

“Especially since it’s 2019, usually when people are getting your information, or trying to scam you or get something from you, it’s usually through your phone or your computer,” she explained, “but not through the mail. So, at first, I was like: oh, this is just weird.”

Stoner said another piece of the scam that makes it more convincing is that it contains an itemized receipt from Thoughtful Gift Cards. “And it shows the total, and my total of my gift cards, all of them added up to $245,” she stated. “And I wasn’t the only total that was $245, apparently.”

The Better Business Bureau said it does not know where Mothers Lounge got its mailing list, but many of the women receiving the envelopes—which all contain the same card, the same message inside it, and the same gift cards and coupons—are not pregnant, and several have reported that they were sent to relatives’ houses.

RELATED: Robocalls nearly 75% of complaints for Do Not Call Registry violations

RELATED: Nobel Prize in economics winner thought message was a scam at first