The officer opened fire after being struck by the stolen vehicle in the parking lot, according to police. 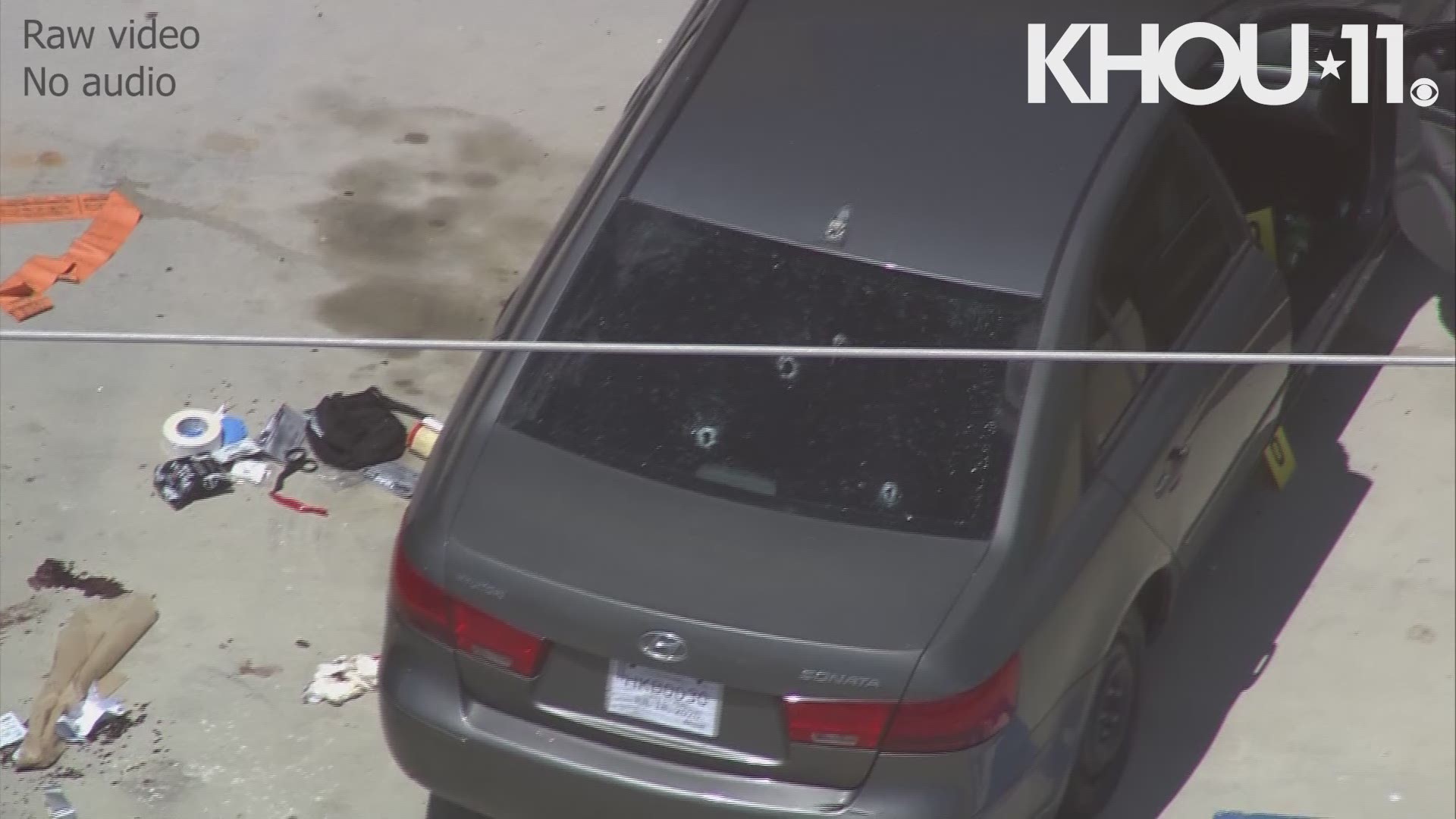 JERSEY VILLAGE, Texas — An officer shot a suspect Thursday at a gas station in northwest Harris County, according to authorities.

The suspect has been identified as Daniel Brian Holmes. He has been charged with aggravated assault on a public servant.

Just after noon, a Jersey Village police officer responded to reports of a stolen car at a Shell station in the 17300 block of the Northwest Freeway. According to the Jersey Village Police Department, the stolen vehicle was parked outside the store. When the officer approached the vehicle, the suspect hit the officer with the vehicle.

The officer opened fire, hitting the suspect, according to police.

Video from the scene showed a dark-gray sedan with multiple bullet holes in the back window. The vehicle had paper tags and looked like it had crashed into a parking pole in the gas station parking lot. There was also a small pile of what appeared to be medical supplies on the ground outside the car.

A large section of the gas station parking lot was blocked off by yellow police tape and yellow crime scene markers were littered all over the parking lot.

The identity of the suspect is unknown.

Jersey Village PD said the officer suffered minor injuries and the suspect was taken to an area hospital via helicopter.

The officer has been placed on administrative leave due to department policy.

RELATED: 'If he lifts that gun up anymore, I'm shooting him': Body-worn footage shows tense confrontation before fatal shooting of James Garcia

Great news if you watch TV with an antenna

KHOU has just upgraded its technology.  If you were unable to receive KHOU with your antenna in the past, try again on channel 11.11.  You may have to rescan your channels for it to work – if that’s the case, we’ve got some instructions at KHOU.com/antenna.  If you already see KHOU on 11.1, you may now ALSO see it on 11.11 – it’s the exact same programming.  We’re really excited to be able to bring our KHOU 11 News, CBS shows and sports, Wheel of Fortune, Ellen and Great Day Houston to more homes around the area.  If you’re still having trouble, please contact us here and we’ll try to get you set up.